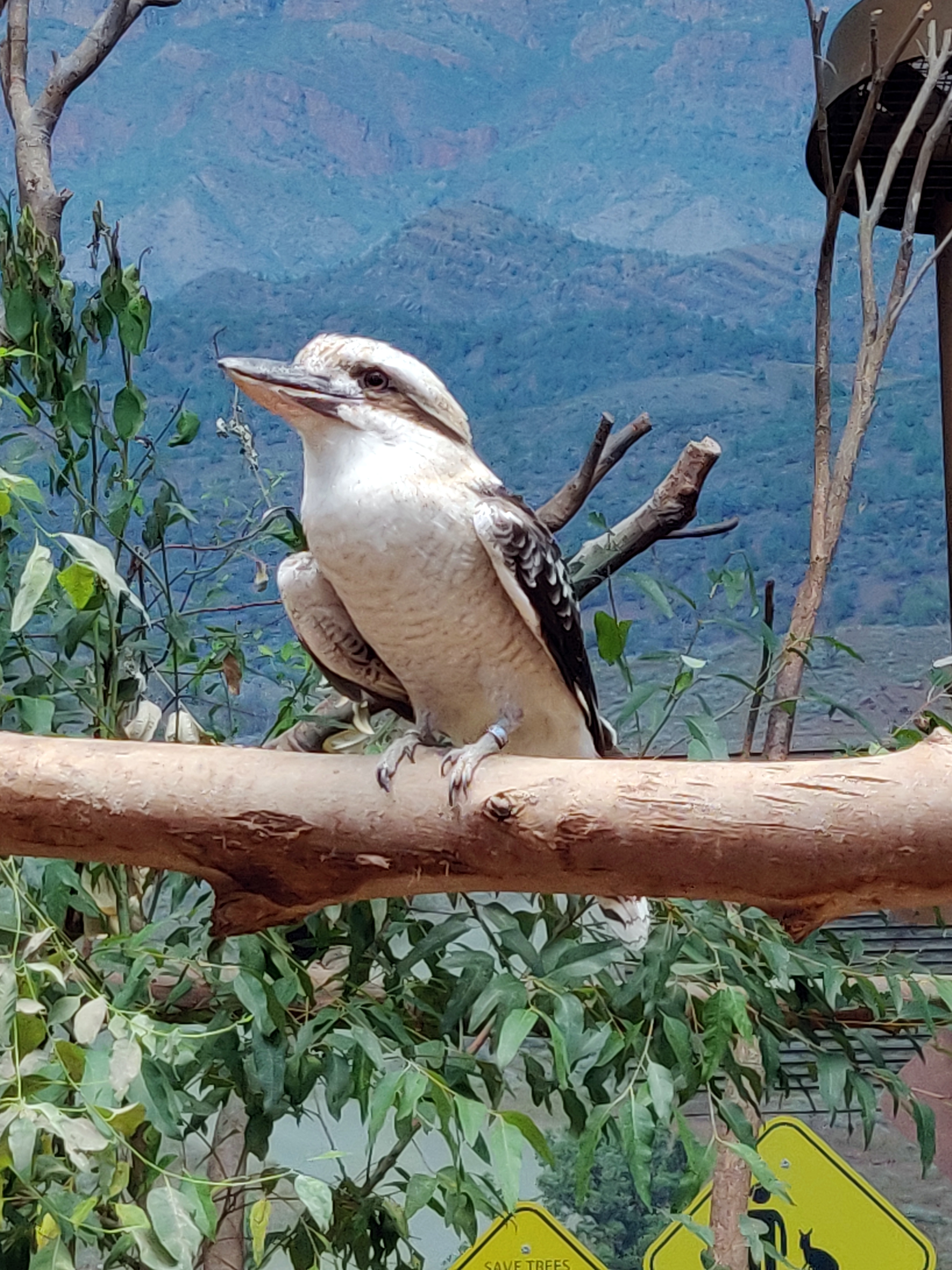 Hong Kong’s Ocean Park goes beyond the realms of a traditional adventure theme park courtesy its animal programs and encounters with wild animals that add a distinctive charm to the place.

When I was invited to Ocean Park Hong Kong recently, my instinctive reaction was to refuse as I am not into theme rides at all. However, I am glad I did not, as the park has several other attractions including a subject I am very passionate about – animals.

I started my wild adventure by stopping at the Rainforest zone located on the Summit which can be accessed via an eight minute cable car ride. While I was admiring the beautiful views here the sign boards pointing to the rainforest attracted me to the place where I was welcomed by a blue macaw. The entire space has enclosures of some of the finest species from the rain forest like the Pigmy Marmoset, the Kinkajou, Capybaras, Toco Toucan, Green Aracari, brilliantly coloured poison frogs and Emerald Boa. The name boards outside the enclosures also detail why the animal is at risk. For instance the wild population of the yellow-foot tortoise is declining due to habitat destruction and over hunting for meat and pet trade. There is also a message that says – stop consuming tortoises and choose sustainable wood products. It is really signages like these that add a lot of value to this charming space. Do take a leisurely stroll here to learn all about the various kind of poisonous colourful frogs of the rainforest.

Ocean Park is also home to ‘Adventures in Australia’ which is Hong Kong’s first-ever attraction themed on South Australia. Located at the Great Entertainment Theatre, I first saw a beautifully shot film that talks of the incredible wildlife of South Australia. Inside the enclosure I saw the Southern Koala, Laughing kookaburra and Rednecked and Albino Wallabies as well as got an insight into the Aborigines’ lifestyle through the interactive displays. I also stopped at the Hong Kong Jockey Club Sichuan Treasures that is home to a family of three golden monkeys, Le Le, Qi Qi and Peanut and a giant panda An An, said to be the world’s oldest male giant panda under human care. If you time your visit you could be lucky to also see animal feeding sessions too. I was fortunate to see how the Red Panda, Rou Rou was fed with a lot of love and care. Incidentally, all trainers and caretakers here follow the philosophy of ensuring that they are gentle with the animals and do not force them to do what they do not like. You can also see the Chinese giant salamander, Asian small-clawed otter and Chinese alligator. If you like marine life, The Grand Aquarium that has a dome that is 5.5 metres in diameter, reef tunnel and a 13-metre wide acrylic viewing panel that will get you up close to a variety of colourful fish, sharks and stingrays. Shark Mystique gives you a 360-degree view of incredible sea creatures like the sawfish and zebra shark. There are several interactive games where children can test their knowledge of the animals too.

One of the activities that I recommend is the penguin interaction program for which you will need to sign up in advance. The enclosure has several points where you have to step into shallow water to clean your shoes. Before going into the enclosure, there is a briefing where you are asked to remove all accessories like jewellery and watches and change into a two layered costume as the temperature inside is a rather cold 8 degrees centigrade. Gloves, safety goggles and boots are also given and you enter the next room where you are met by the host who gives you another briefing on the food the penguins eat. In fact I was also part of an activity to make some jellies and frozen fish for the penguins before being taken inside. Instructions are also given not to touch the animals at any time. Once I go in, I saw a whole bunch of little penguins inside a small enclosure and Istart by trying to feed them jellies by dropping them in a bowl of water. However the penguins do not them as they are stationary. The fish however is gleefully gobbled and I learn that this is their favourite food. We meet the Gentoo Penguin and the entire interaction is an experience of a lifetime. After this we head to the Polar Adventure section that simulates the natural environments of both the North Polar and South Polar regions. The walls here are plastered with conservation messages about the plight of polar wildlife and you can see other kinds of penguins like the Southern Rockhopper penguin and King Penguin as well. Spotted seals and Pacific walruses are the other animals you can see. Do pause and read the sign boards that explain all about global warming and the threat to the survival of these magnificent animals. You are sure to get many ideas of how you can do your bit to make their life better by being sensitive and sensible.