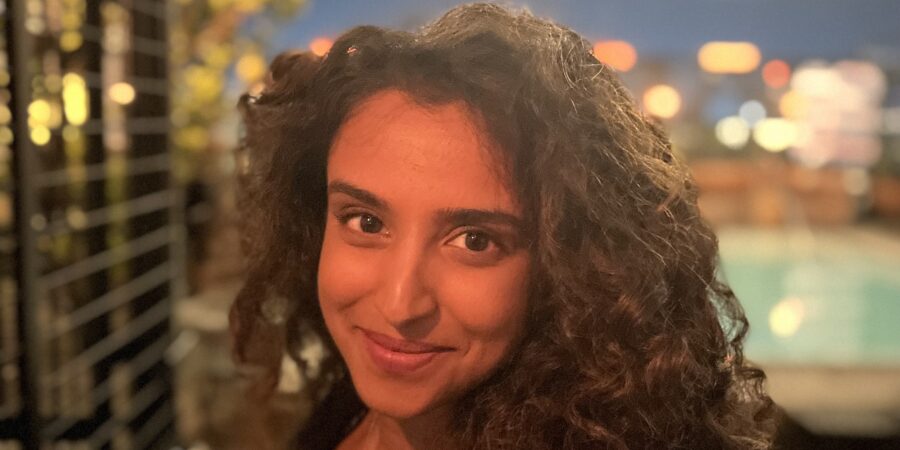 In March this year, HBO released WINNING TIME: RISE OF THE LAKERS DYNASTY that has moved audiences worldwide. However, what few know is that the set designer is a young architect turned film and set designer from Namma Bengaluru.

Argya Sadan spent a chunk of her early life in Singapore. After completing her Architecture course in Bangalore, she went to Cape Town, South Africa where she lend her hand to an eco-design firm that made low-cost housing available to local communities.

Her love for architecture began when her father bought a plot of land that immediately caught her eye. She spent most of her time designing and planning the plot. But then a literal and unconventional plot twist after eight years led her to consider that her skills lay in designing and planning film-sets which was a first of its kind in her family.

Fast-forward to today and her passion for visually impacting change through her stories using films as a platform have won her numerous accolades and nominations from various prestigious organisations.

Her process includes in-depth research and often visiting the communities and individuals involved with or knowledgeable about that subject.

Her compelling storylines through design-sets led to her acceptance by the American Film Institute- one of the most prestigious, top-ranking schools in the world. She was the only Indian student among a select ten to complete the AFI’s renowned Production Design Programme in 2015.

She was then accepted to the AFI through the MFA programe from which she graduated in 2017.
In the same year, Argya Sadan was also chosen as a finalist for the Emmy Internship Programme for the Television Academy.

In 2018, she won the Gold Award for production design with her thesis  film Little Darling at the International Independent Film Awards.

However, before wowing the world with her empathetic and multi-talented personality, Argya also led a team of diverse professionals as a fellow with Make A Difference (MAD), India. Her team launched an education awareness campaign for at-risk children across 23 Indian cities that was noticed by the Leadership Design Conference.

Her process is interactive and open to constant learning. Her passion lies in exploring various genres instead of finding comfort in just one. She seems to build a diverse portfolio that ranges across different themes and creatives from horror to comedy and drama to documentaries like The Winning Time.

Her background as an architecture has helped her conceptualise and visually strategise the requirements of a set and production design.

When not on set strategising and planning to take the production world by storm, Argya loves hiking in the mountains or visiting the local farmers market.

Read the full story that first appeared in the Sep 2022 issue of Seema magazine here: