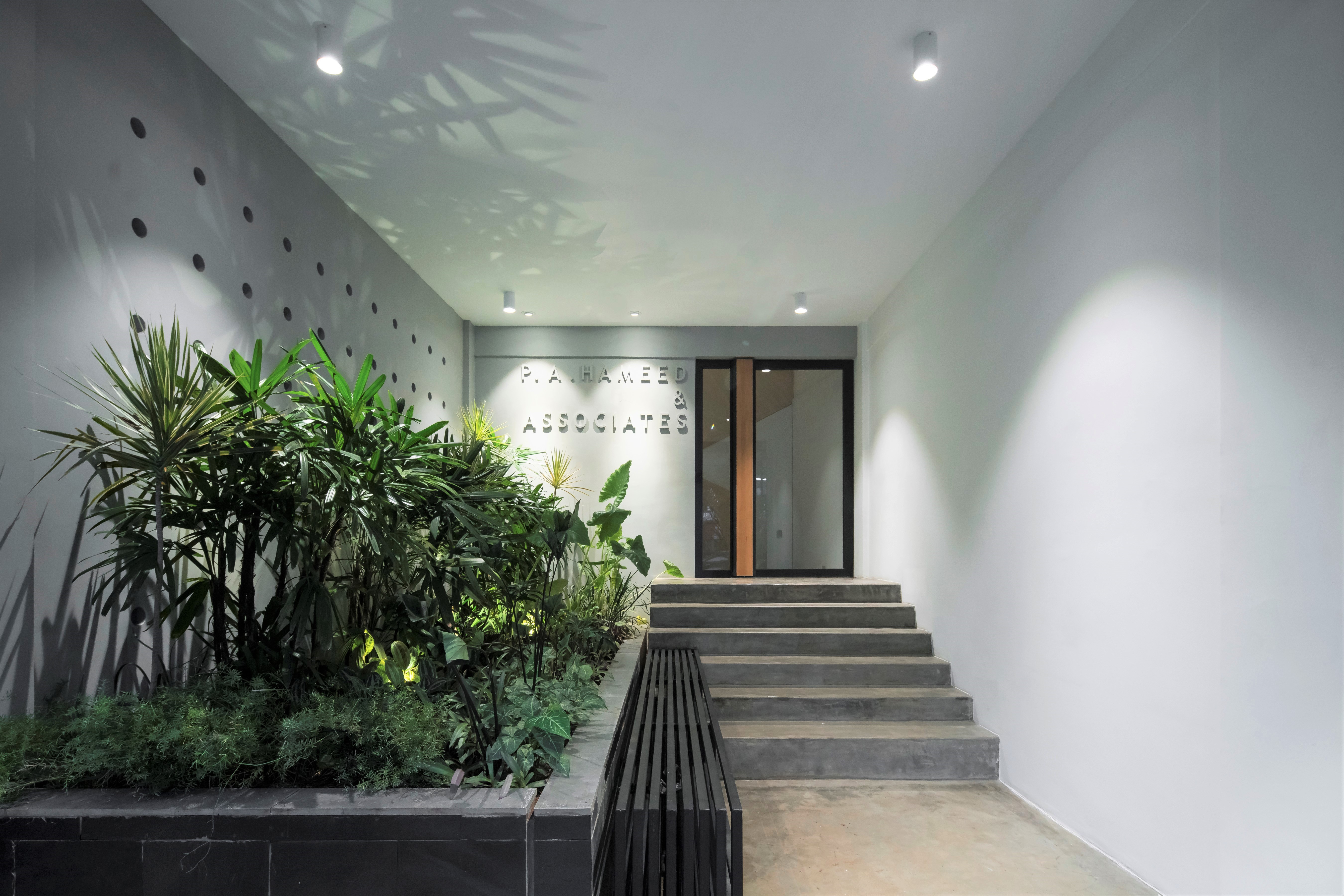 Redefined Charted Accountants Workspace in Calicut designed by architects Mohammed Afnan and Arun Shekar from HummingTree is all about bringing the outdoors inside.

Spread over 3500 square feet the architect team from HummingTree were given a brief to create an office space which could inspire people around in their field making sure the office was also ecologically sensitive.

The design was based in the core principle of an open workspace for a young, self-motivated team. The two storied office space was recently renovated. “As designers we did a lot of studies in behavioural science, organizational design, change management and technological advances understanding on how they affected the workplace,” says Arun Shekar, Co-founder & Artistic Director. The stairway is cladded with American maple veneer and defined with triangulated pattern to break path of conventional railings. It was programmed to give the stair railing a pinch of edge and landing area which hugs the vertical green wall. The reception desk uses triangular MDF panels in an alternating pattern of angles and is a ply with American maple veneer.