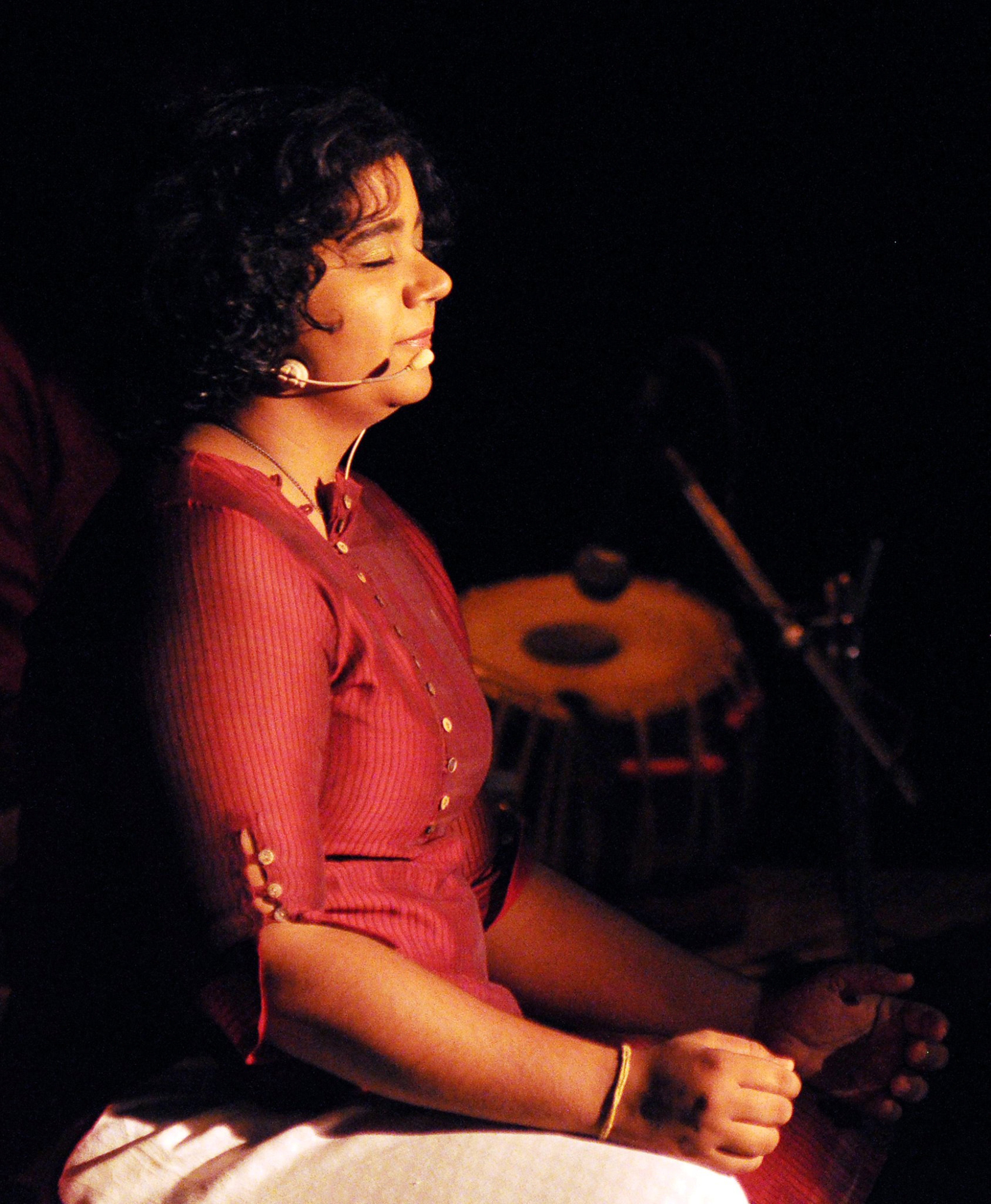 An evening of music that promises to merge the songs and texts of the women warikari poets and understand nuances of women’s voices is what in store this weekend courtesy artist Shruthi Vishwanath. The Warikari tradition is a spiritual bhakti tradition whose distinctive feature is its pilgrimage to Pandharpur, in south-eastern Maharashtra, a state in west India. The term wari refers to those who regularly ‘do’ (karī) the ‘pilgrimage’ (vārī) to Pandharpur and who worship and are devoted to Vitthal of Pandharpur.

As a child, Shruthi learnt carnatic classical music, abhangs and was part of a choir. “Music was something I did always want to do, however the path I needed to take to achieve that became clear much later. In order to do that, I also ended up going to BITS Pilani and studying engineering,” she recollects. For some years now, she has been on a journey of exploring music, mysticism and. For almost two decades, she learnt the rigours and nuances of the Carnatic classical tradition, with more training in choral music and abhangs. “When it was time to find my own voice, it was Kabir, the 15th century Indian mystic who moved me, sending me on a beautiful exploration of poetry and folk music- a form that I strive to make my own. My work now lies at the intersection of the classical and the folk, the intellectual and the visceral, and centres around the bhakti and mystic poets of India.” Three years ago, while reading some translations of Marathi abhangs, she was deeply struck by the women’s voices in the warikari tradition of Maharashtra, western India. Realising that these abhangs were hardly performed in the living practice of the warikaris, she set out to find tunes for these poems. “I ended up composing around 30 poems, and re-translating most of them. The album that emerged is now globally available on all major platforms. I started composing and performing works by women when I realised that they were far less performed, almost ignored as compared to male voices. It was my way of confronting patriarchal mindsets in music. It soon became much bigger than that, a celebration of some the most powerful yet marginalised voices from our history, and a space to reclaim identities through bhakti poetry. The relevance of these poems for our times was also surprising, and sometimes saddening. Women have been fighting patriarchal mindsets for as long as we know. When that appears in bhakti poetry, it hits at a deep level. My aim was to portray the oneness of human spirit, and the journey that women have made to try and level the playing field. The best way to do that as a musician was to find a voice for these incredible compositions, and make sure they were celebrated in this day and age.”

Her music has taken her across the length and breadth of the country to festivals and venues like Kabir Festival of Mumbai, Jaipur Literature Festival, NCPA, India Habitat Centre and Kochi Biennale. “I have performed abroad in Singapore, Indonesia, Belgium and Austria. My work on Women Warikari voices was supported in 2017-2018 by a grant from India Foundation for the Arts. For over a decade, I have been working with children to develop new pedagogy in music and performance, especially with first-generation school goers.” Shruthi is known to explore intersections of classical and folk, visceral and intellectual through your music. “My musical style has the rigour of classical training, but always strives to connect at a gut level like folk music. Since I have had influences of both kinds of music, what has emerged as my voice is a combination of the two. I often find that music tends to get boxed into categories- by straddling different lines I aim to break that easy classification and reach out to a diverse audience pool.” Shruthi works with several organisations that support first-generation school-goers to get a music education and she has done workshops with children, built curriculum, and trained teachers in pedagogy. Her show this Saturday will have a diverse range of poetry from women across the subcontinent. “I want to take the idea of celebrating women’s voices and voices on the margins further. This means more work integrating music, movement and spoken word. I am off for an international residency in August, and I am hoping to get some quiet time to reflect on new work there,” she signs off.