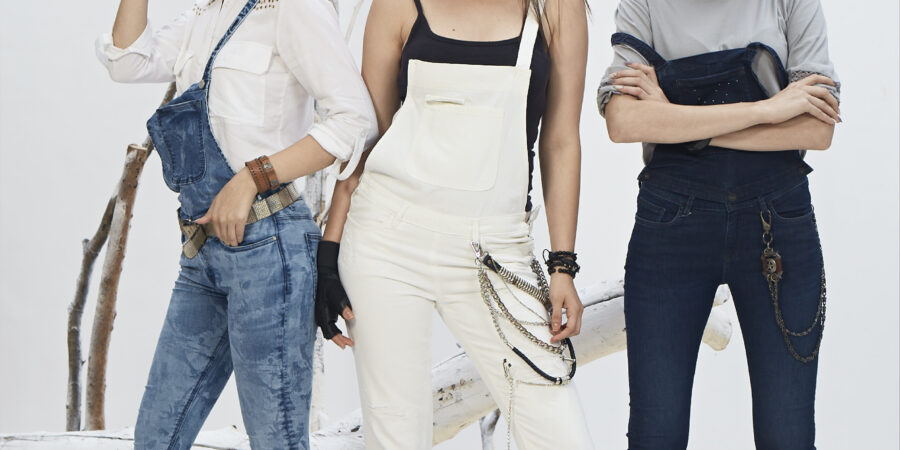 An apparel trend that has been around several hundreds of years, dungarees are making a steady comeback into functional wardrobes.

Dungarees are all about comfort wear that is practical, casual and yet stylish. With pockets and an easy, free flowing kind of design, dungarees can add a cool look to your persona, anytime and is great for outdoor wear. Naturally then, this is a garment that is coming back once again into stores online and offline.

Interestingly dungarees as a garment is said to be named after a harbour side village north of Mumbai called Dongri. This small village in India is believed to have produced this hardwearing fabric and the cloth made from this was first traded to the West around the seventeenth century. Incidentally, this cloth was used to make cheap and robust working clothes that was called by the name ‘Dungri’. And it was the English who called it dungaree when they bought the cloth to make workwear trousers adding the British flavour to it. While dungarees essentially became synonymous with working clothes it was in the 1930s that it is believed to have taken its present form. This is when the garment converted into a pair of trousers attached with a bib or a large extra piece of cloth covering the stomach and chest and held up by straps over the shoulders. In fact, overalls worn by sailors first got the name dungarees and eventually they also came to be known as overalls. by Levi Strauss and his business partner Jacob Davis are widely credited to have come up with kind of design for the dungaree, way back in 1853. The idea behind the design was simple – to make it practical for workers especially the labour. The bib or the top part of the garment had pockets so that they could carry tools, and this also eliminated the need for waist belts. They soon became the standard clothing for the working man across America.