Picture this – 40 chefs given the challenge to create one local breakfast item with ingredients in a black box. Each one to interpret this on their own and come up with their take on the same. This was Day One of the Marriott India Chef’s Workshop where 40 of the best culinary minds from all Marriott India and Starwood Hotels took part in an intensive, detailed and customised training session. An annual event where chef’s from the group get together to exchange ideas and learn to hone their skills, this was an interactive session where they competed against each other in a mystery challenge called the “Black box challenge”. The Chef’s Workshop was led by the Culinary Director Asia Pacific at Marriott International Inc. – Toine Hoeksel and Culinary Director of Marriott India – Raheel Ahmad. 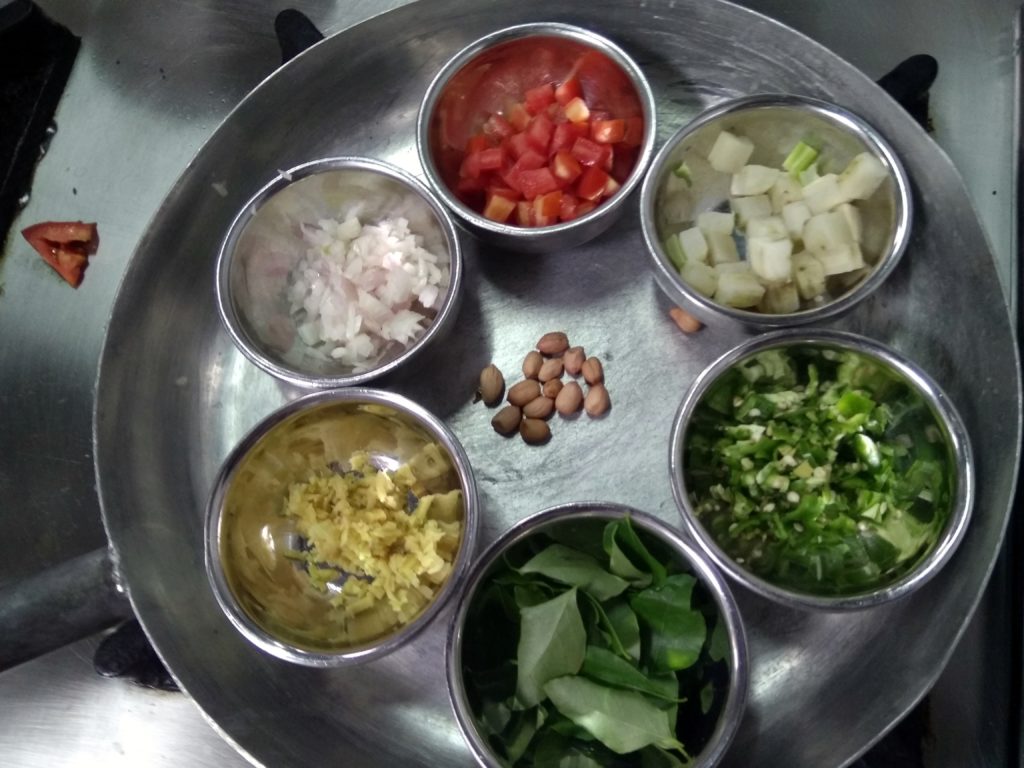 Ingredients being chopped for the culinary creations

Held at JW Marriott Bengaluru, the black box consisted of vegetables like brinjal. drumstick, yam, pumpkin, raw banana and gonguara leaves with either sabudana or vermicilli. The chefs were divided into three groups and assigned to the different kitchens at Alba, Spice Terrace and the Main kitchen to come up with their creations. The challenge was to use these ingredients to come up with a local breakfast dish. The chefs worked individually in this exercise and came up with an array of dishes. It was good fun interacting with the chefs in the kitchen and interestingly each one had a unique idea. 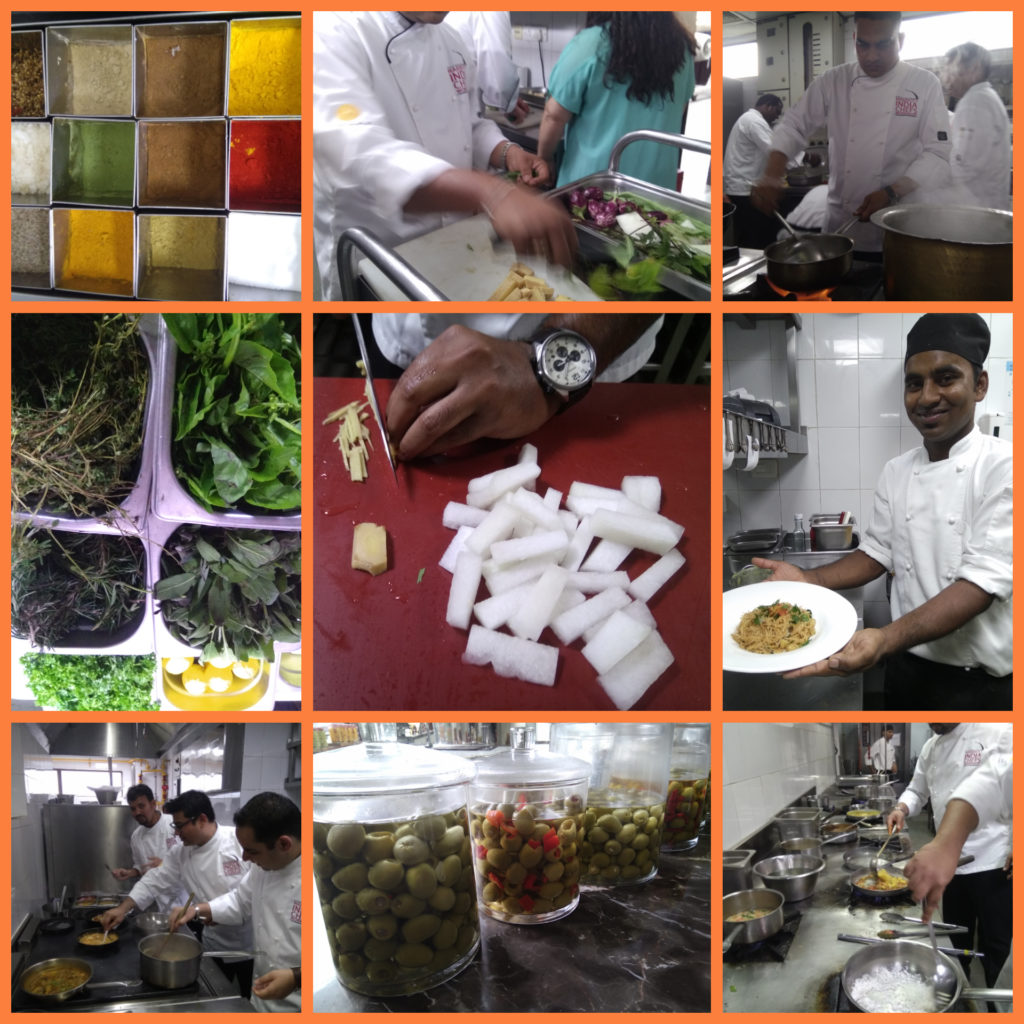 The Chefs at work

After one hour, the Chef’s plated and set out their culinary creations on a table and here is a sample of some dishes created by the talented team. Some dishes that I scored high (well I was part of the judging panel for the taste), I guess not the right person but still had the responsibility were the brinjal chutney, mixed vegetable curry and an interesting sabudana preparation with raw banana and drumstick!

The chefs also prepared an array of breakfast drinks made with local fruits like apple, orange and guava and spiced with cinnamon, star anise as well as coconut water infused with simple spices. 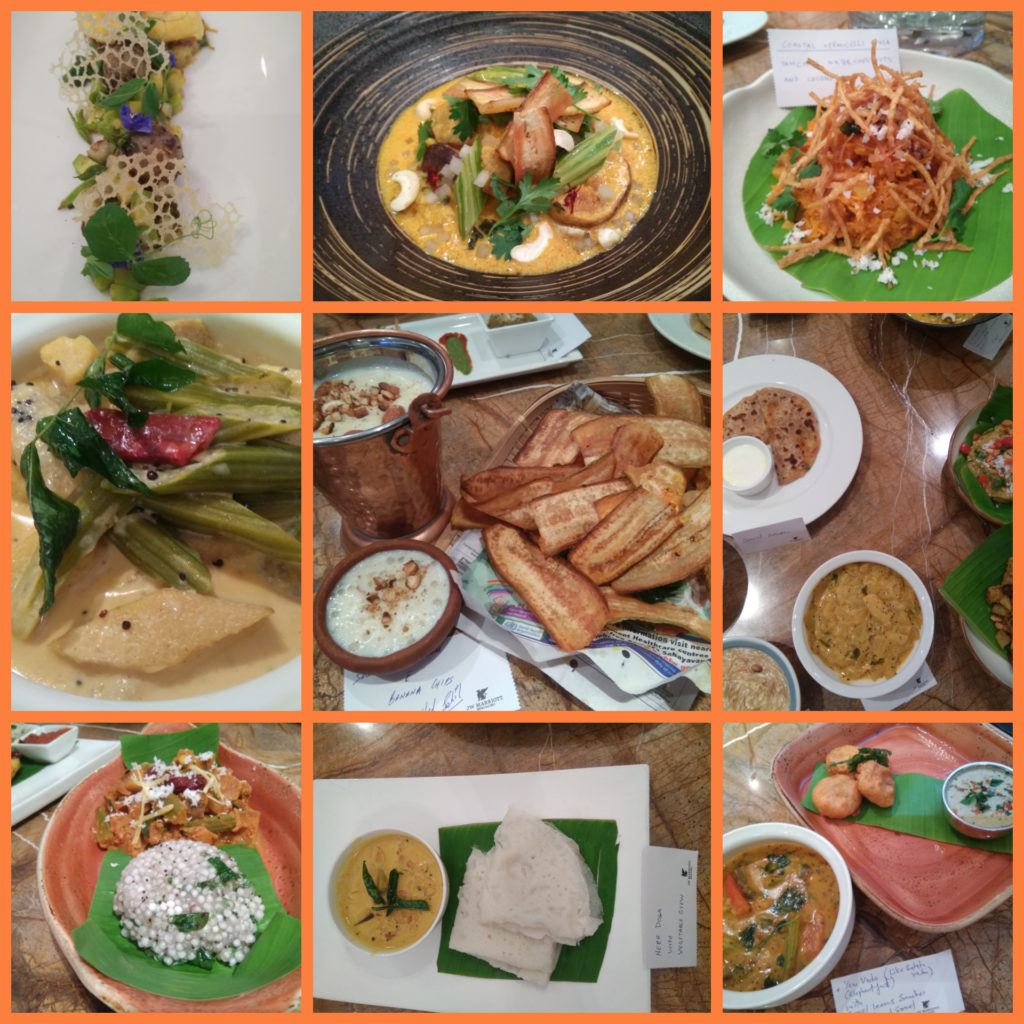 This was followed by an outdoor activity on a Brahman Iyengar farm in the outskirts of Bangalore where the chefs had the opportunity to work on an organic farm and use natural produce to cook dishes in a “Chef’s Cook-off” inspired by the preparations made at the Iyengar family’s household. Their new culinary specialities were prepared again at a special buffet allowing guests to experience the charm of local cuisine.

Here are some pointers on plating by Chef Toine Hoeksel: 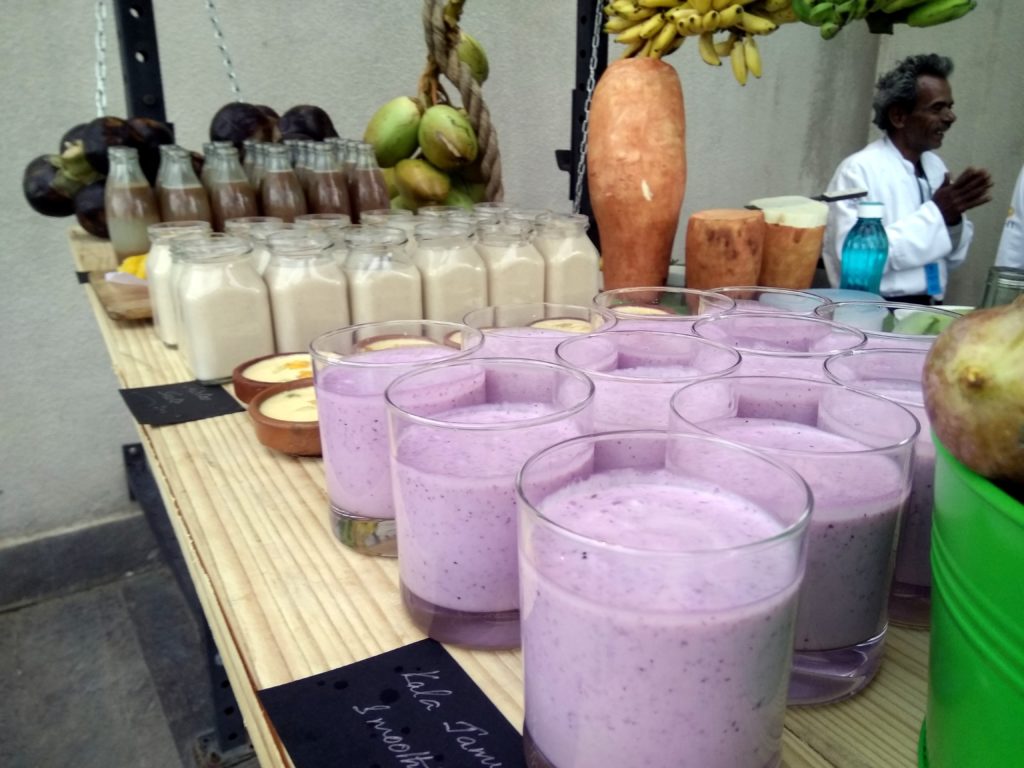 We ended the day on a fruity note and I sampled this Kala Jamun smoothie. A day filled with culinary insights, it was also a day when I learnt so much that it was certainly a great day for both the chefs and me!