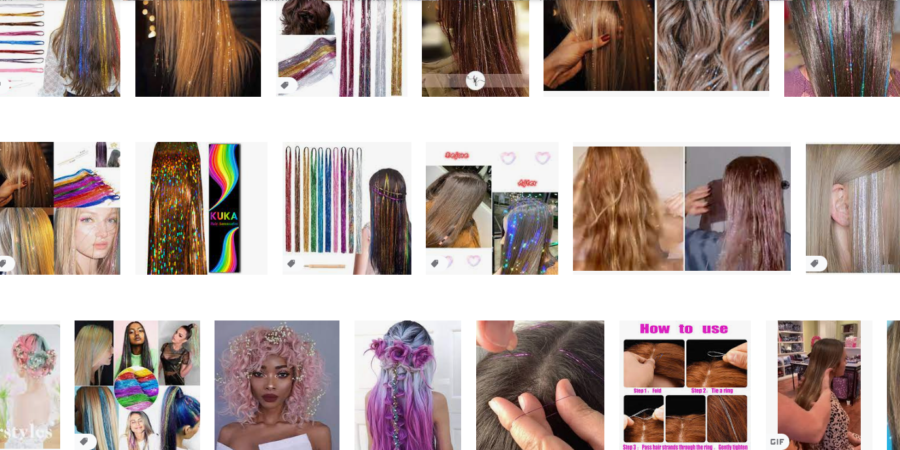 Fairy Hair or hair tinsel is a concept that debuted in the 90’s and has made a strong comeback in today’s times.

If you are looking to add some magic to glam up your hair look/hairstyle, especially for a special occasion or a festival, there is a way to add an element of tinsel with the concept of fairy hair.

These tinsels come in an array of colours and finishes, the most popular ones being the soft pink hue iridescent tinsel which we imagine is probably the closest to a fairy’s hair. Beyoncé made the tinsel technique popular when she wore it at the 52nd Grammy Awards in 2010, and the trend has resurfaced years later.

Y2K trends are heavily influencing current ones, such as feathers, butterfly clips, and bohemian headscarves, and the most recent addition to the list is a hair extension fad known as tinsel hair or fairy hair.

You have probably seen your favorite celebrities and influencers wearing hair tinsel on red carpets and on special occasions. If you have curly hair, you will need to match your hair texture with a curling iron.

Fairy Hair is a low maintenance, quick way to add colour and sparkle to your hair in a non-permanent way. The process usually involves tying individual tinsels around a few strands of your hair, close to your scalp.

The accessory you choose must compliment your hairstyle. Longer hair that is braided, curled or twisted in an updo looks better with oversized headbands, giant scrunchies in see-through fabrics, hair clips, and barrettes.

Read the full story that first appeared in Deccan Chronicle dated May 31, 2022 here: