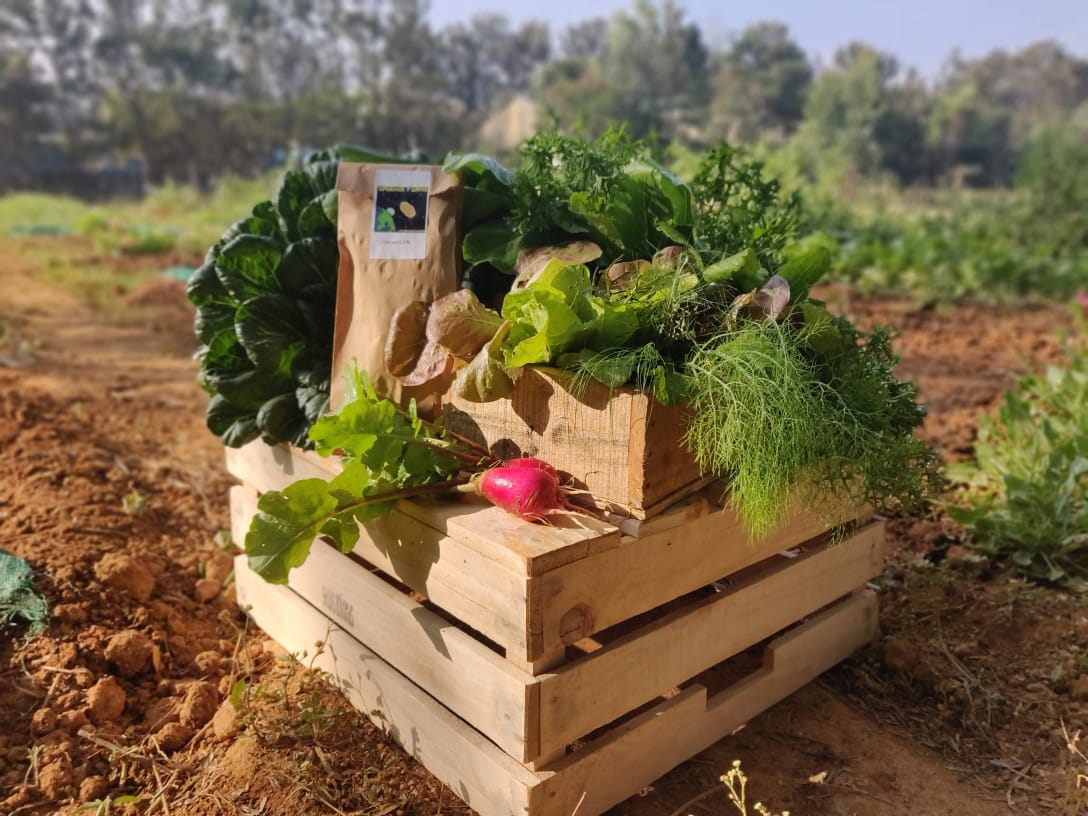 With an unprecedented lockdown, one of the worst affected community is that of farmers who are sitting on perishable crops but there is a glimmer of hope through direct sales to end consumers.

Dhananjay a grape farmer from Chikkaballapur taluk had 50 tons of grapes when the Indian Government announced an unprecedented nationwide lockdown. Unable to use the normal channels to sell his produce he decided to post his stock on Harvesting Farmer Network on Twitter and was able to sell through the network.

Like Dhananjay, farmers and consumers are coming together using the power of social networking to help each other. In Hebbal for instance, a group of 10 apartments across 5-6 layouts have created a WhatsApp group called ‘Farm’ which started when a person within the community, an accountant in a grapes farm mentioned that he had good variety of seedless grapes to sell. This is when one person came forward as the lead from each apartment/layout to collate the quantity required. “This way he was able to sell two tons of grapes in one day itself and this word of mouth passed on to other farmers so now we have access to farmers growing carrot, coriander bunches, tomato, banana and beetroot. The farmers state the quantity they have available and we then estimate the quantities required and ask them to come at specific timings to each layout to deliver the vegetables. The first time we did this it was unplanned but later we decided to ask for the produce weighed and packed, so it became easier to distribute the load. In fact, my company allowed me to take time off against the CSR activity that they encourage as against applying for leave,” says Praveen from Prestige Misty Waters in Hebbal. Incidentally the farmer charged Rs. 30 per kilo of grapes as it was sold directly and the price was not negotiated to be fair to the farmer. Nitish Srivastava, CEO, Muni Agro Ventures Pvt Ltd. a farmer adds, “we take orders once a week from a few apartment blocks in Cambridge Layout. The orders are taken on Monday and are delivered in the security area on Wednesdays (contactless delivery). The residents pick up the bag with the order for their individual apartment. The payment for the order is done through Google Pay or Paytm. We were doing on a small scale for neighbours and close friends. Due to the lockdown we have offered this to the entire apartment and have received a good response.”

2 thoughts on “Farmers Connecting to Homes in Bengaluru”