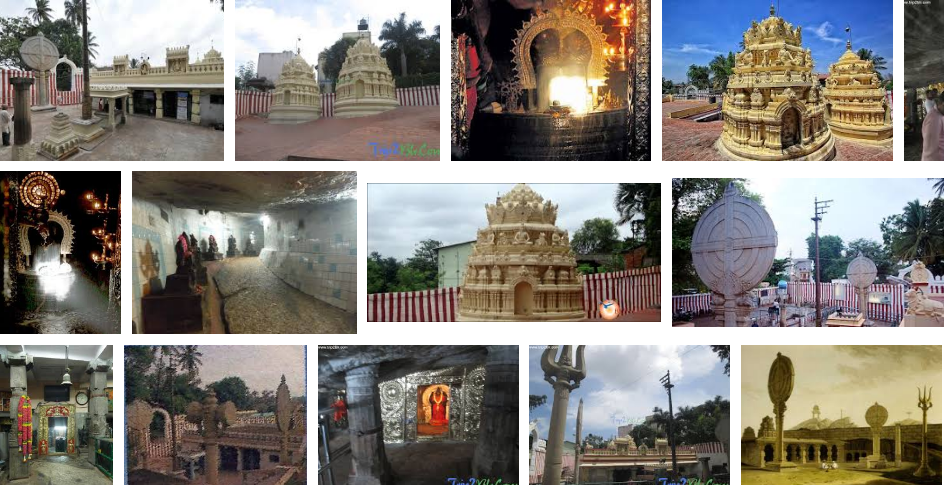 This is the oldest temple in Namma Bengaluru. It has been rebuilt in the 16th century but has a history that dates back many years before that. It is connected with the founder of the city Kempe Gowda. And most of all this is where you will see a rare architectural marvel that happens every year on the day of Shankranthi on the 14th of January. Well no prizes for guessing that we are talking about the Gavi Gangadeshwara Temple located in the heart of the city in Gavipuram adjacent to Basavanagudi.

Legend has it that the temple was carved out of a rock in the 9th century. Some people say it could be even as early as the 6th century but these dates are not confirmed. It is believed to have been inhabited by Rishi Gowthama took shelter in this cave to do penance. Hence it is even referred to as Gowthama Kshetra. Even today the temple is in a cave and is a fine example of rock architecture. However what is documented is its history in the later years. In the 16th century, Kempegowda the founder of Bengaluru reconstructed the temple as a mark of respect to Lord Shiva after he was released from prison. He had been jailed by Rama Raya for five years and on his release he reconstructed this temple. Naturally the temple has a rock floor that has different levels and steps have been carved out to reach the Sanctum Sanatorium.

The temple is dedicated to Lord Shiva in a monolithic stone form and also houses an idol of Agnimurthi or the Fire God that has two heads, seven hands and three legs and is known to help cure eye ailments. There is a long passage in the temple that has sculptures of Saptamatrikas –  Brahmani, Vaishnavi, Maheshwari, Kaumari, Varahi, Indrani and Chamunda. It is said that each of these Goddesses are associated with Shiva and are the female counterparts of the male Gods. Hence they are decorated using similar ornaments. You will also see shrines of Lord Ganapati, Goddesses Sridevi, Bhudevi, Parvati and Durga here. The temple’s courtyard also houses several monolithic sculptures.

The unique distinguishing element of the temple however is the of four monolithic pillars – two granite pillars that support the giant disk of the sun and moon and the other two have a number of Nandi figures at the top. The left has the disc shaped  Surya Pana (Sun) and Lord Shiva’s Trishul and the right has the disc of Chandra (Moon) and the Dhamroo a music instrument associated with Lord Shiva. The significance of this is an architectural marvel that can be seen on the day of Makara Shankranti when the first rays of sunlight passes through an arc between the horns of Nandi and falls directly on the Shiva linga inside the cave. This illuminates the idol giving it a golden hue which is revered by devotees who throng to the temple especially on this day to be able to see this rare phenomenon. This phenomenon is seen during sunset and happens once a year and it is said that on this date the sun moves into Makara Raashi or Capricorn. Naturally the temple is a protected monument under the Karnataka Ancient and Historical Monuments, and Archaeological Sites and Remains Act 1961. The other day the temple has a lot of crowd is on Shivaratri which is celebrated with much pomp and gaiety. The temple is a fine example of a past that merged spirituality with scientific acumen and is a must see for the same.

This story appeared in the Jan 14, 2017 issue of Deccan Heralds’s special supplement here.