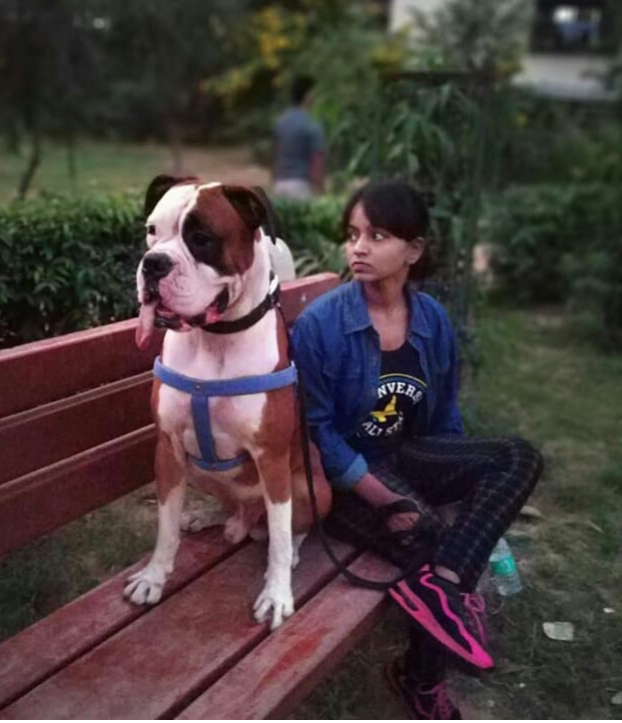 Caring for street dogs, a young PR professional is doing her bit to take care of street dogs.

COVID-19 has presented arguably some of the most difficult times for mankind. It is also a time when kindness has come to the forefront. However, when it comes to street dogs, a commonplace occurrence in India, there has been a mixed reaction from people. However, Lavli a 33-year-old publicist from New Delhi who works with Goodword Media has been doing her bit to help strays.

While I have known Lavli for many years, I met her for the first time earlier this year and she showed me her phone that was filled with pictures of her two handsome dogs. And when she spoke of how she kept checking on them when she was travelling, I knew that she was a dog lover. However, she admits that she never had any sort of love or affection for animals growing up until something happened that changed her perception. “I was out for an event and when I reached home I saw a cute little pup on my sister’s arm. I asked her whose dog it was and before I could any other word he jumped on my lap and started snuggling and it was the best ever experience and we named him Pluto. As he was our first dog, we did not really know what were the dos and don’ts of having a pet. When he fell ill, the vet suggested that he needed a companion and we got our another baby Charlie and with time we learnt all the ways to raise them and believe me they are no less than little babies.” Pluto is a Boxer and Charlie is a Dogo Argentino and are now three years old and even have an Instagram page with the handle @plutocharlie.