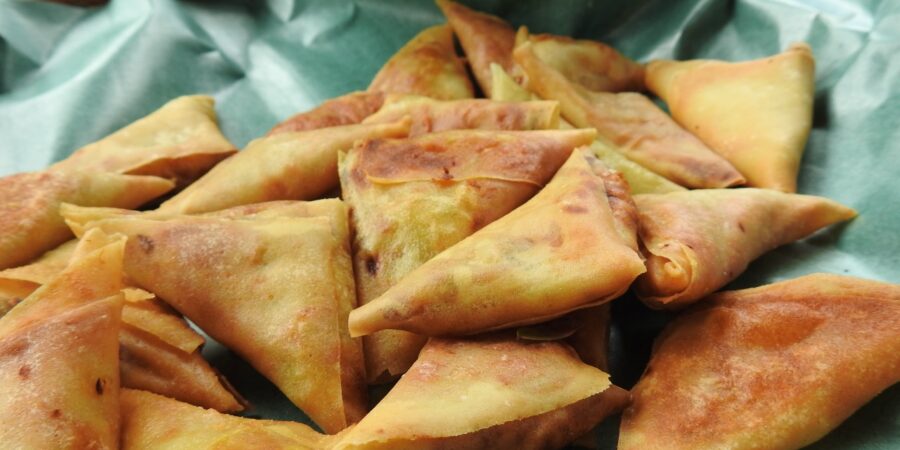 With a chequered history that spans several countries, the samosa has an interesting history even as it has myriad interpretations in the country.

A snack that is loved across the country, has as many interpretations as well. The samosa is a popular snack in India but has its origins outside the country. It is believed to have first found mention in the 10th century in the Middle East region and was called Sambosa. Amir Khusro spoke of samosa prepared from meat, ghee, and onion while Ibn Battuta, mentioned about sambusak made with minced meat, walnuts, pistachios, almonds, and spices being served as part of a royal meal in the court of Muhammad bin Tughluq. The Ain-i-Akbari, has mentioned the recipe of samosa as ‘Sanbúsah’.

In Hyderabad, it is called ‘Lukhmi’, the rest of South India has vegetable stuffing. Bengal ‘Shingaras’, Gujarat samosa filled with French beans and sweet peas, Goa, ‘chamuças’. There is also the samosa that comes with different fillings – South India has an onion filling while new age restaurants have a gourmet take and fill the samosas with cheese and other new age ingredients. India’s diverse culture and rich history is clear in its food and various cuisines.