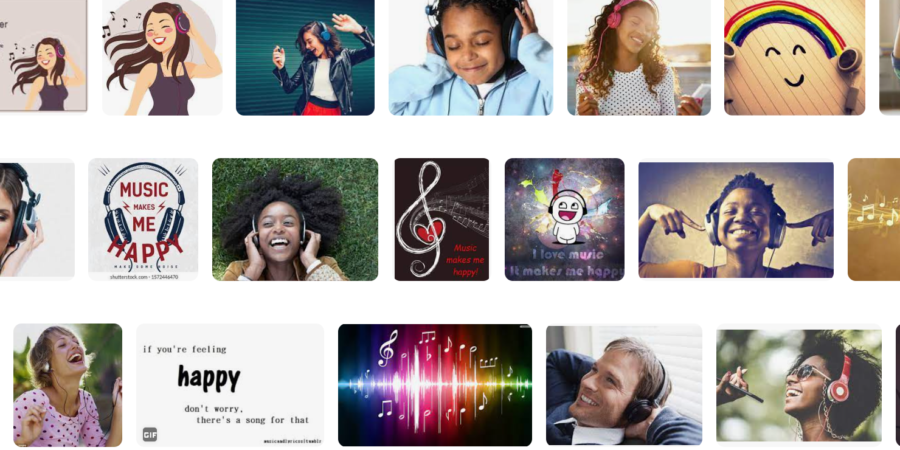 We are all deeply affected by music in ways that range from easy to hard to absolutely impossible to explain. It can make us happy, sad, thoughtful, anxious, excited, angry, energized, happy, calm, or all of those things at once. This much is clear to all of us.

But did you know that music can also help you pay more attention, remember things better, and heal your body, mind, and spirit in ways that medicine can’t? Read on to find out how music makes you happier and more about what music can do for your wellbeing.

Music that is slow and pleasant, with no loud instruments, can help calm people down. In the same way, making music (like playing the violin or piano) is also a good way to reduce stress.

Those going through traumatic experiences are advised to listen to calming music to help them cope. This reduces their heart rates and helps them combat feelings of worry and pain. Further evidence demonstrates that laboring mothers benefit from the presence of music in the delivery room.

Your constant battle against stress is usually to blame for your generally negative mood and feelings. To feel better, you need to minimize the stress that’s weighing you down, and music can help you do that. Experts on meditation often suggest listening to soothing music as a complement to the practice.

Nowadays, people with iPhones don’t have to worry about what their parents or roommates might say if they hear them listening to soft, relaxing music in the background. Once they plug in their headphones, these people are free to listen to whatever music they like. You can even learn how to use Spotify on an Apple Watch.

Music Helps You Move On

After a bad breakup, you feel like the end of the world is on its way – or it’s already happened. You don’t want to get out of bed, go anywhere, or even do normal things.

You feel like time has stopped and the world has stopped moving. You might feel like there is no way out of the situation. Instead of trying to move on, you want to cry in the shower while sad songs play over and over.

Even though it might seem like a cliche, the first sign that someone is getting over a breakup is when they listen to music and think about the good times they had with their ex. In this way, music can be used to help people get over depression and move on with their lives.

On the surface, music can help someone who just broke up with someone feel better. But it also acts as a regulator that makes a person feel better by releasing dopamine, which is a type of neurochemical. These neurochemicals are very important for controlling mood and have a big effect on how happy a person is.

Be With Other People

When smartphones, iPods, and other electronic devices came out, concerts lost a lot of their popularity. Even the biggest fans often prefer to listen to music at home while lying on their backs in their comfy beds.

We’ve already talked about the good things music can do, but there are also studies that look at what happens when a group of people listen to the same songs. A Swedish study found that concerts and other cultural events were good for people. The study came to the conclusion that people who go to concerts or other cultural events are happier.

When you go to a concert, you not only get to hear music from your favorite artists, but you also get to spend time with thousands of people who like the same things you do. Since there is no conflict here, you feel more at ease and can fully enjoy yourself.

During concerts, your brain also sends out chemicals that make you feel happier and help you enjoy yourself more. In the long run, you feel even happier and less overwhelmed.

Music may also help with pain, which is another amazing thing it can do for the body. At first, this seems a little hard to believe. How can listening to music help someone feel less pain? But in a study done in 2013, people with fibromyalgia were told to listen to music once a week for one month.

The patients who took part in the experiment felt less pain and their symptoms of depression got a lot better. Most of the time, a person who is in pain is not in a happy place. Most of the time, they feel angry and frustrated, mostly because they can’t do anything about the pain they’re in. Also, a lot of people get depressed when they are hurting in some way. This is because people who are in a lot of pain often can’t do their regular jobs, for example, or do the things they used to enjoy.

Since they have to work hard to do even the most basic tasks, they are always angry. Because of this, they have short tempers and often get angry over small things. Music therapy has been shown to not only help with pain, but also to lessen feelings of frustration and anger. You’ll feel happier, but so will everyone around you, and your relationships can improve.

Music Can Help You Exercise

In a study done in the UK, scientists watched how tired people on treadmills got. Some people had to listen to music, while others had to run on the treadmill with no music. People who listened to music while running on a treadmill were able to keep going for longer, while those who didn’t listen to music got tired more quickly.

Exercise is a good way to get rid of stress and make the brain make more dopamine. People who work out are happier and see the world in a more positive way. Together with exercise, music helps you feel less stressed and keeps you feeling good.