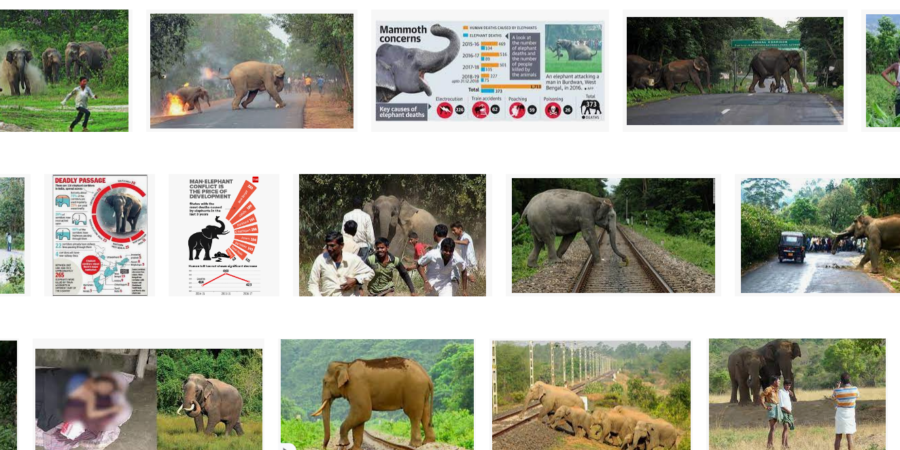 Human-elephant conflict is a significant conservation concern for Asian elephants. The Valparai plateau in the Anaimalai highlands, Tamil Nadu, is dominated by tea and coffee plantations. This 220 sqkm area is home to humans and elephants, and since both entities – some 70,000 people, and 120 elephants – depend on this region, there is frequent conflict between the two.

A long-term study conducted by Nature Conservation Foundation in Valparai found that a lack of forewarning about elephant locations and their movements through plantations was the leading cause of human fatalities. This generated fear, anger, and trauma among local populations and fostered anti-elephant sentiments. With the involvement of stakeholders, NCF has implemented a simple, unique, and participative mobile–based early warning system (bulk SMS and voice call alerts, GSM-based alert lights) so that people could avoid fatal encounters with elephants.

The average human deaths due to elephants was about 3 people a year before active tracking of elephants, awareness and sensitisation began and an average of 90 damages to property. Since early warning systems came into use, the average has dropped from 3 people a year to about 1.5 people a year. Had the earlier average continued, we would have lost another 31 human lives. So far there have been 48 human deaths in Valparai from 1994-2022.

These initiatives have been well-received, have promoted involvement, and have contributed to a decrease in human death/injury events. This technology, in conjunction with awareness and sensitisation activities, intends to create a win-win scenario for elephants and humans and improve human-elephant cohabitation in Valparai, therefore serving as a model landscape for other interspersed regions in Asia.

The objectives for The Habitats Trust x NCF for the period of the grant: