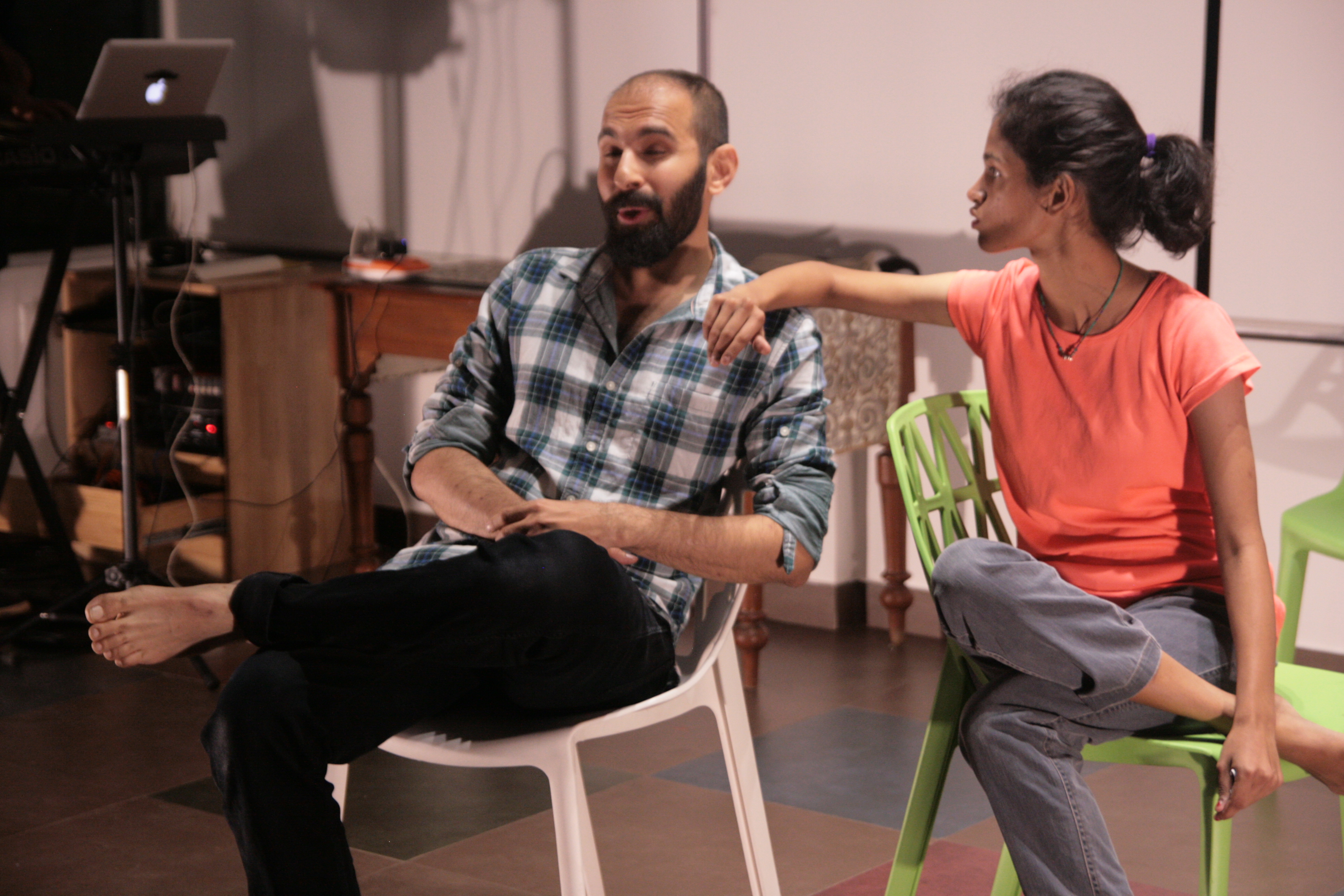 Improv Comedy Bangalore or ICB is a 4-year-old improvised theatre performance company that does regular shows, workshops and corporate training programmes across India. Nasir Engineer, Founder, ICB had his first tryst with improv workshop almost a decade ago in Mumbai and instantly fell in love with it. “When I moved to Bangalore for my work, I realised the improv scene here had so much potential to develop and wanted to spread the joy of improv. After a few attempts at rounding up a group, I found the first set of amazing people with whom we launched ICB in June 2015. Today, after a lot of push and pull, ups and downs, we have stayed steady, seeing growth come little by little but that’s where we are grateful. We are grateful for the grassroots climb to have experienced what it takes to make a group of passionate individuals going in one direction in an ever changing and ever evolving landscape of entertainment,” says Nasir.

Since the comedy scene in Bangalore is doing quite well, there is a thriving comedy scene specially for stand up here and Improv is gathering steam. “Being from Mumbai, I do tend to compare both cities and Bangalore is certainly catching up to Mumbai. Since 2015, though Improv groups are still just a handful, the very idea of ‘improv’ has permeated across disciplines, in theatre, in corporates and in comedy in general,” says Engineer.The show this Saturday will look at the various facets of an urban dweller’s life from relationships, work and the stories that lie in between. “Life in an urban city is very comforting – we have the convenience of facilities that aide our daily routines. But even when we often feel it, we tend to overlook the duality of this life. A life that has us do plenty but that which gets hardly anything done. In this Improv show, we will be joined onstage by Rebecca and Rich Sohn, two accomplished improvisers from the Improv Mecca of the world – Chicago. We are quite open to collaborations. If we like the work someone is doing, we approach them with an idea to collaborate and vice versa,” avers Engineer. 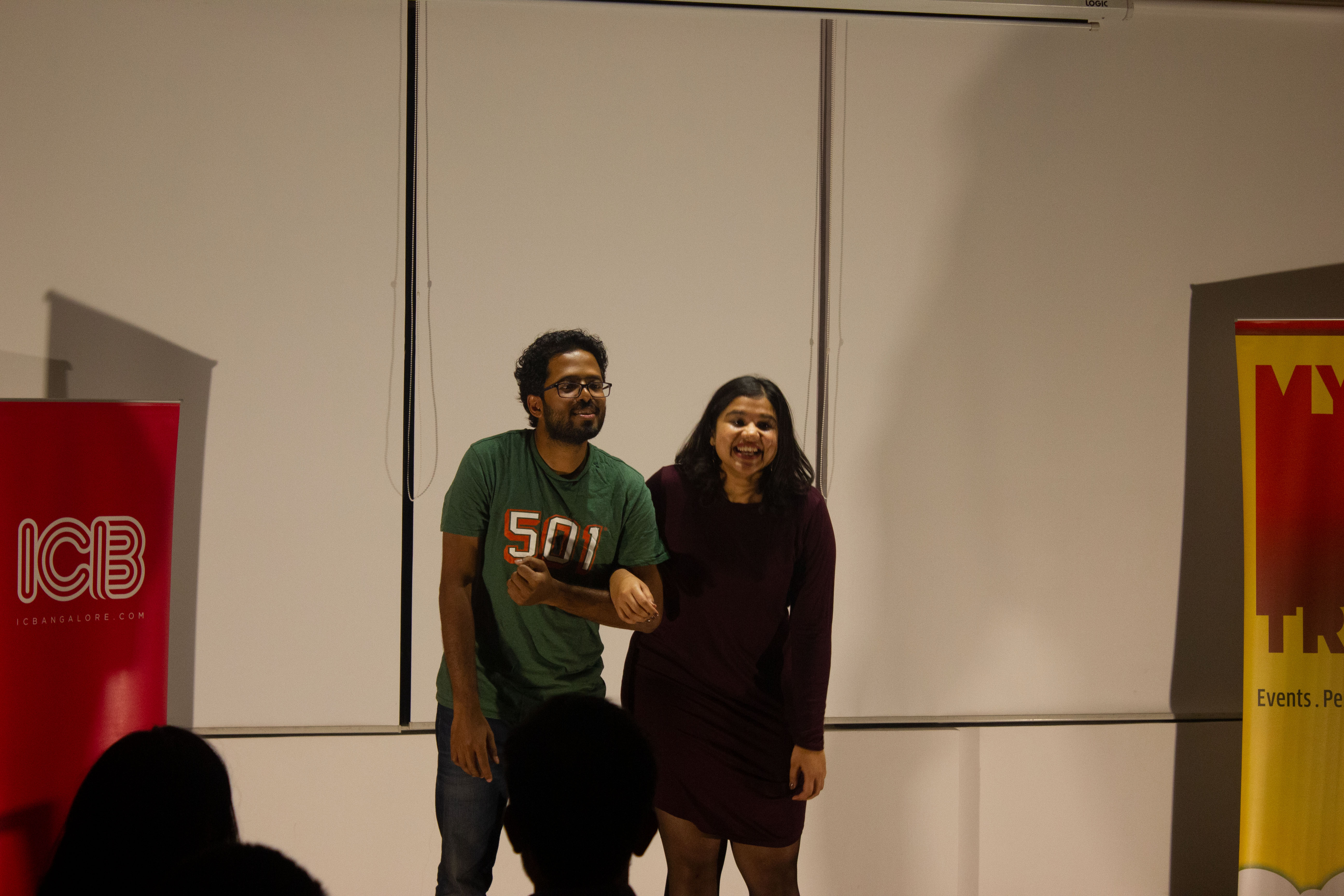 Incidentally Improv does a variety of shows. While Improv has been made popular in its comedy forat by shows like “Whose line is it anyway”, that is not the only type of improve, as the team have done storytelling-based shows, improvised musicals, improvised plays, epics, soap operas, Bollywood movies and James Bond movies – each with their distinct flavour. Improv in India has grown to a size where the team had improv groups cropping up in Hyderabad, Chennai and Surat. “We at ICB wanted to bring the community together to facilitate co-creation and learning. We also needed outside resources and influences to teach us things beyond what we could find here. These were the ideas behind the first Bengaluru Improv Festival. It was such a grand success that we were immediately overwhelmed with queries asking about the second edition of the festival. We were quite humbled by this response and the second Bengaluru Improv Festival will be held this year in November,” says Engineer.

Looking ahead, the next big plan is to set up India’s first dedicated Improv training school. This school will teach everything that has to do with Improv. “We will also collaborate with facilitators in the domain of dance and music to bring a beautifully varied yet cohesive set of programs that help an artist in multiple domains to learn and embrace the principles of Improvisation into their performances. This school will be operational from a centralized location in Indiranagar (more details to follow) and its workshops and courses will be launched this September,” concludes Engineer.