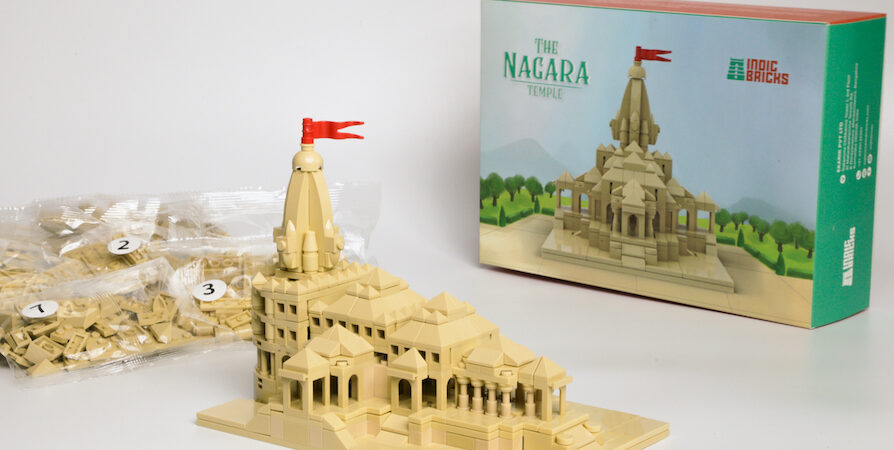 Indic Bricks is making the case for Indian tradition, culture, and heritage through a unique range of toys for children.

Have you ever wondered why the toy box of children hardly has any Indian elements? Well, if you have been looking for something like that which also comes with a way to make children learn about India, check out Indic Bricks.

The brainchild of Meghna Bhutoria, Founder, Ekarik Pvt. Ltd. Indic Bricks was a spin off from her previous venture MakerLoft, an Ed-tech startup.

Indian children, especially in urban areas, seem to have a strong affinity towards western culture over their own. And one of the reasons for that is your child’s toy box – it is possibly filled with Spiderman, Doremon, Pokemon, Barbie, Avengers, Disney, etc. How many Indian-themed characters or toys can you find in your child’s collection? When a child grows up on a diet of Western characters, it is but natural they would be influenced by them and possibly think not so highly of Indian culture.

What is special about Indic Bricks is that it not it also develops their creativity, spatial skills, focus, and persistence. Indic Bricks actively engages children in Indian heritage through building blocks toys. For example, a child could build a small-scale model of a temple and learn about our traditions as well as the incredible architecture of ancient Indian monuments. Indic bricks range consists of moortis, temples, monuments, yoga poses, fridge magnets. And this is just the beginning. The company plans to launch many more Indian theme toys and souvenirs – forts, palaces and even our heroes.