Sandalwood actor Shiva Rajkumar is easily one of the best known names in the industry. Son of thespian actor Dr. Rajkumar, he has carved his own niche in the industry and even after 30 years continues to rule the industry. However what takes the cake is that he is affable and amiable and has absolutely no hangups and is a delight to speak to. 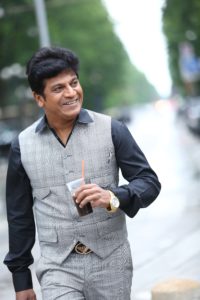 As I catch up with him on the sets of his movie Bangara S/O Bangarada Manushya at Freedom Park, he charms me yet again with his chivalry insisting that I have a cup of tea before starting the interview. As we settle down in his comfortable makeup van, it is obvious to see why he has achieved so much – the passion in his voice as he talks about his love – films is unmistakable.

After debuting in the 1996 release Anand, he quickly earned the title hat trick hero as his first three releases were all hits. However what is commendable that this is not just a title but a feat he repeats even today – three decades later! Among some of his notable releases are Janumada Jodi, Jogi, Ratha Sapthami, Nammoora Mandara Hoove, Om, Kaddipudi, and Chigurida Kanasu among others. In fact his movie Om still airs at a theatre even today! 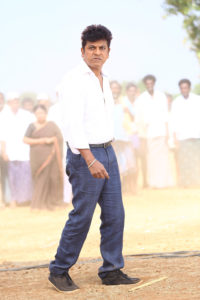 So how does it feel to look back at a journey that few can dream of achieving? “Well to be honest it is not easy to work for three decades continually, in fact I have had the fortune of being busy throughout and have worked with many directors including many new ones. In fact directors who work with 28 year old stars also evince interest in directing me and that surprises me at times. But to answer how I look back, I do not really feel it’s been 30 years. In fact Sudeep tells me that he sees me in a new light every time and it is things like this that gives me a good vibe. This makes me feel younger and to be honest I have seen how my father would work and he was one person who never let age come in his way ever.” His last four releases Vajrakaya, Killing Veerappan, Shivalinga, and Santheyalli Nintha Kabira all reflect his new choices in scripts which is to do something different. “This decade has seen a lot of positive changes in the industry and we have seen a huge variety of genres that actors are dabbling in and directors have a fresh perspective to movies.”