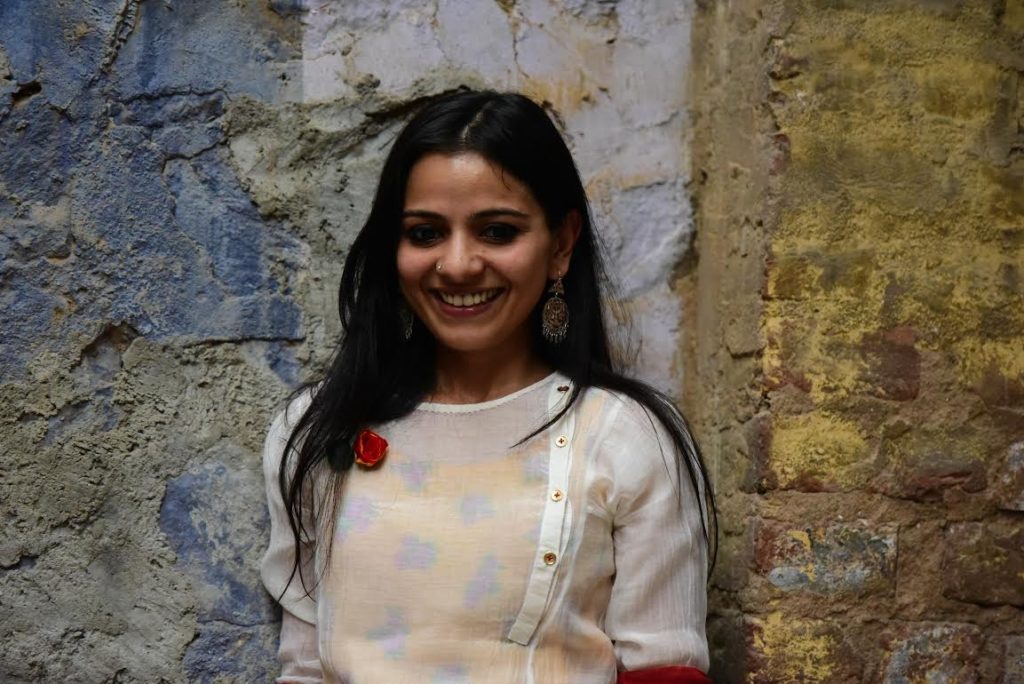 The fact that clothes are an expression of who you are is something that can hardly be disputed. And in India, especially clothes have connotations of celebration and colour as well. This is a story of Harshita Gautam founder and owner of Nomad, an e-store and unique fashion brand that gets the beautiful gypsy Ghaghara to the centre stage.

Harshita admits that she never knew she had an entrepreneurial spirit in her. “In school I was a very unsure kid. I did not know what I wanted to do or what I was made to do. I was a college dropout and did not go through any formal education except doing a diploma in Spanish language.” Harshita’s professional journey of 12 plus years has been interesting with working in travel industry to being a baker to teaching kids Spanish language to a full time job in an MNC. The different jobs she admits was a restlessness that led to her discovering her creative calling. “Yes I have gone through a lot of struggle, in a good way. I have always been a courageous soul so I did not feel intimidated by my change of careers every two years. Working in different fields gave me restfulness which I now cherish.” 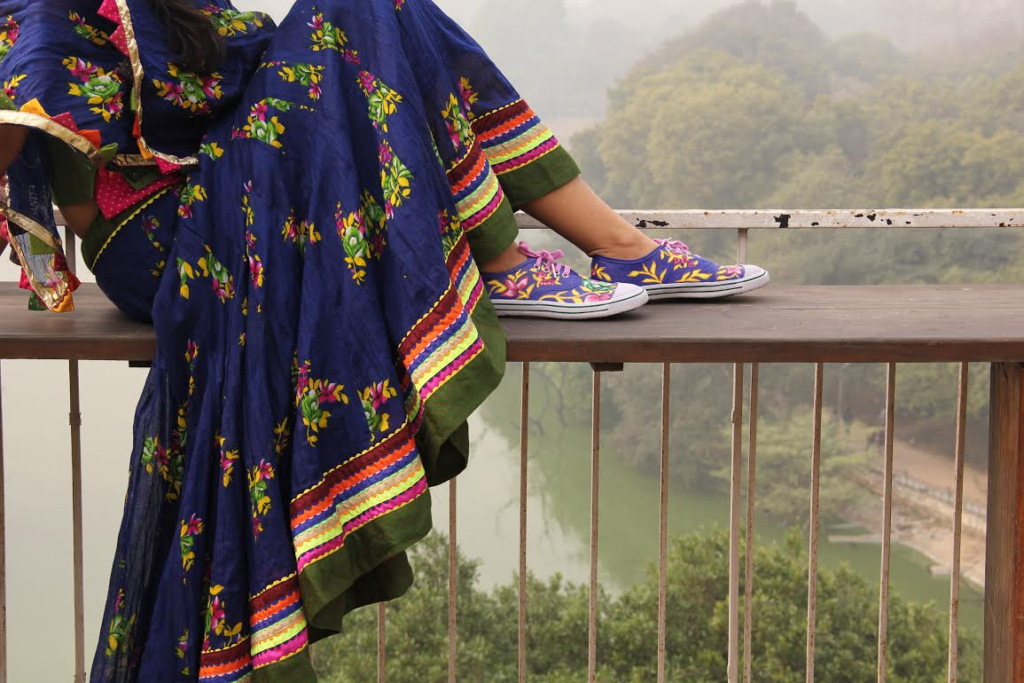 Designing was something that happened absolutely by chance. “While I was working in Pune, I spotted a Rabari woman at a signal. I was fascinated by what she was wearing and followed her home to find out more. I was introduced to the “ghaghra” and realized, I had found my calling! The first ghaghra I created was for my own consumption. Soon there were other women who were as fascinated by the twists and twirls of the garment. I finally created Nomad in the year 2012. My inspiration has been the rural India that lives in villages and is far more fashion-forward than cities and in balance with its surroundings.”  Nomad has been propagating “Rural-Unfashion” in the Indian Fashion Industry. “The journey has been quite overwhelming yet highly satisfying since we, as a brand, strive to bring back the lost “Ghaghra”, originally worn by nomad tribes, back into existence. We have marked a niche for ourselves with a certainty to bring the Indian gypsy in vogue again. In keeping with our mission of reviving our lost traditions last year we launched a jewellery brand called “Nani’ki” which again, endeavours to bring vintage back with its rural India inspired jewellery.” Harshita says that Nomad inspires her totally and it is their legacy that she is trying to bring it back to the mainstream and get it the recognition it deserves. “The word “Nomad” also captures the essence of the bohemian spirit that hides within all of us. We all are wanderers at heart, whether or not we realize it and Nomad is a reflection of that desire. The real reason why ‘Ghaghra’ fascinated me more than any other garment ever is because it facilitates movement and supports my passion for dance like no other. When I dance, it becomes my wings. I suspect the reason for my enchantment with the garment is that it indulges the little girl in me who likes to twirl her frock/skirt because it perhaps makes her feel like a fairy.” 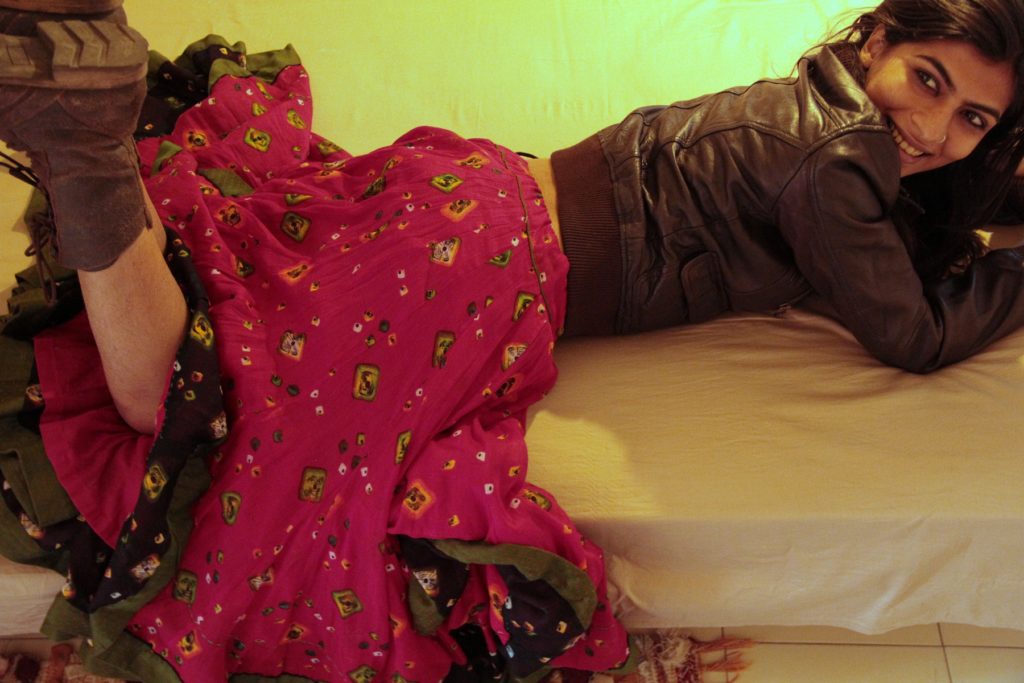 The “ghaghra’s” created by Harshita present the garment in its most original form as she did not want to dilute the spirit of the garment. “I also feel, whether rural or urban, ‘ghaghra’ in its true form appeals to everyone just as much. Urban women forming my biggest client base proves it. But I do understand that even though ghaghra inspires awe and admiration, not everyone sees themselves wearing such bright colours. So apart from ‘ghaghra’ we have a line up of other beautiful garments as well that cater to the women with more subdued tastes.” Naturally running a business comes with its own set of challenges and she says, “I am an artist at heart so running a business becomes overwhelming at times. Talking about the pressures to my friends and family is the only way I overcome it.” Looking ahead she says she plans to aggressively promote and market the website globally. “With the west warming up to theme India in the recent past, I see lot of scope in terms of growth and acceptance. Celeb endorsements and tie-ups with other designers are also not ruled out, to achieve the purpose. On the technical side, we have engaged an SEO team that is constantly monitoring the responses and upgrading the standard so as to bring it at par with the international standards.” Outside work, she loves to dance and has a new-found interest in sketching. She loves to write and playing badminton and doing craft with her eight year daughter tops the list of her favourite things.