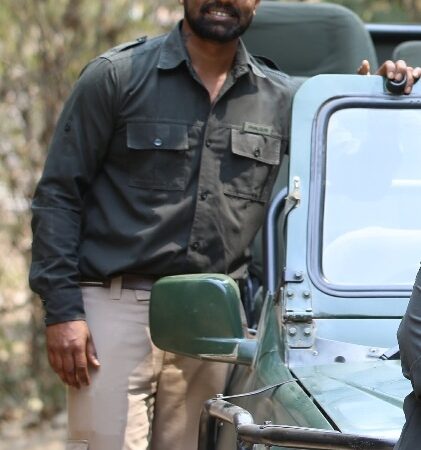 The travel organization started amidst the pandemic in 2020 has a team of specialist guides and brilliant hosts who give guests an experience like no other.

Phalgun was once your average Bangalore boy who tried his hands at mundane career options just out of school. “With nothing of actual interest I shifted to The Nilgiris to work a small job at a wilderness lodge called Jungle Hut, known for their hosting abilities and love for nature. That kept me a lot happier than the cities until I found out about a school  called Light & Life Academy, Lovedale which taught a professional photographer course. While graduating, I had specialized in two completely opposite spectrums of choices. One being wildlife and the other being fashion. Considering money being an important aspect of life , I chose to do commercial work in Delhi and Bangalore for 5 years.”

Life came back to a full circle when he got tired of the city again and moved to Bandhavgarh to a friend’s Garhi (fort) where he came across Taj Safaris . That’s where his journey into becoming a wildlife guide began.

“I started off this journey in the Sal forests of Kanha Tiger Reserve , where I was trained to be a guide by AndBeyond(Taj Safaris). This gave me a solid understanding of outdoor safety , animal behaviour and how to tackle tricky topographical challenges. I was based in Central India working extensively in varied habitats,  ranging from the golden grasslands of Panna to the towering Sal forests of Kanha. With an urge to see and show people more of our country’s magnificent wildlife, I started to guide in the rainforests of the Western Ghats and the Trans-Himalayan landscape of Ladakh focusing on everything from Snow leopards to Bearded vultures, amphibians to reptiles, and lesser known mammals.”

What does it mean to go on a ‘’wildlife holiday’’? There is always more to a destination than just safaris. Our experience of holidaying ‘’the way we like it’’ and working in the national parks of the Indian subcontinent and the African landmass have impressed upon us what wildlife travel encompasses.

Read the full story that first appeared in Travel+Leisure here: