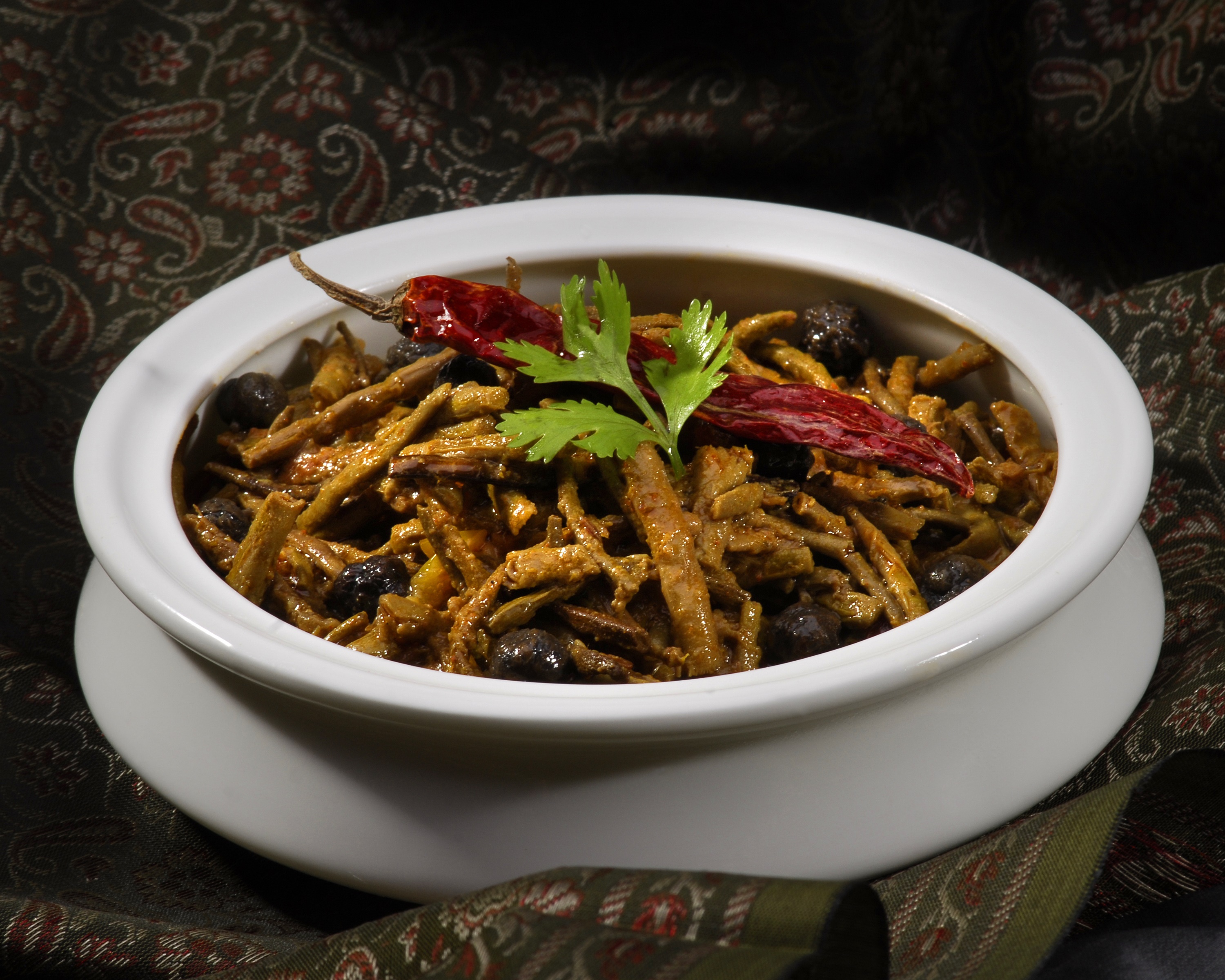 Akshraj Jodha, Executive Chef at ITC Windsor is the custodian of the cuisine of Akheraj Deolia.

He recently made it to the Top 10 promising chefs of India by Economic Times. He has done a TV Show with Celebrity Chef, David Rocco for Travel and Living Channel. He has been credited for his part in the Hollywood movie ‘Viceroy’s House’, where he set up the entire kitchen from the 1947 and also played a small role of the chef. He has showcased his art at the Jaipur Literature Fair on several occasions. Well we are talking of one person, say hello to industry veteran Chef Akshraj Jodha.

Growing up in a boarding school at Ajmer Military School, Akshraj as a child was into art and sketches. “While in school, I was always keen in joining the army but fate had something else for me. And I am content I choose Hotel Management as my course of education.” Chef Akshraj Jodha’s forefather, Rao Jodha was the founder of Jodhpur and coming from a Rajput family full of factual stories, he was always interested in history and adventurous stories of his forefathers about wars and shikars (game hunting). “I remember my mother used to cook different meat recipes. In my family, she is known for being the best in preparing non vegetarian dishes. When one stays in a village, they see a lot of food been made at home including the pre-preparation. Making of papad, moong dal wadi and the like where our help used to grind the ingredients on stone grinder, mix them with spices and yoghurt and dry them in heat.” Having been in the industry for 18 years he started his career with ITC Hotels as a kitchen executive trainee. He started his career with ITC Maurya as a trainee chef at the acclaimed Dum Pukht restaurant post which he was assigned to open Dum Pukht at ITC Sonar in Kolkata. 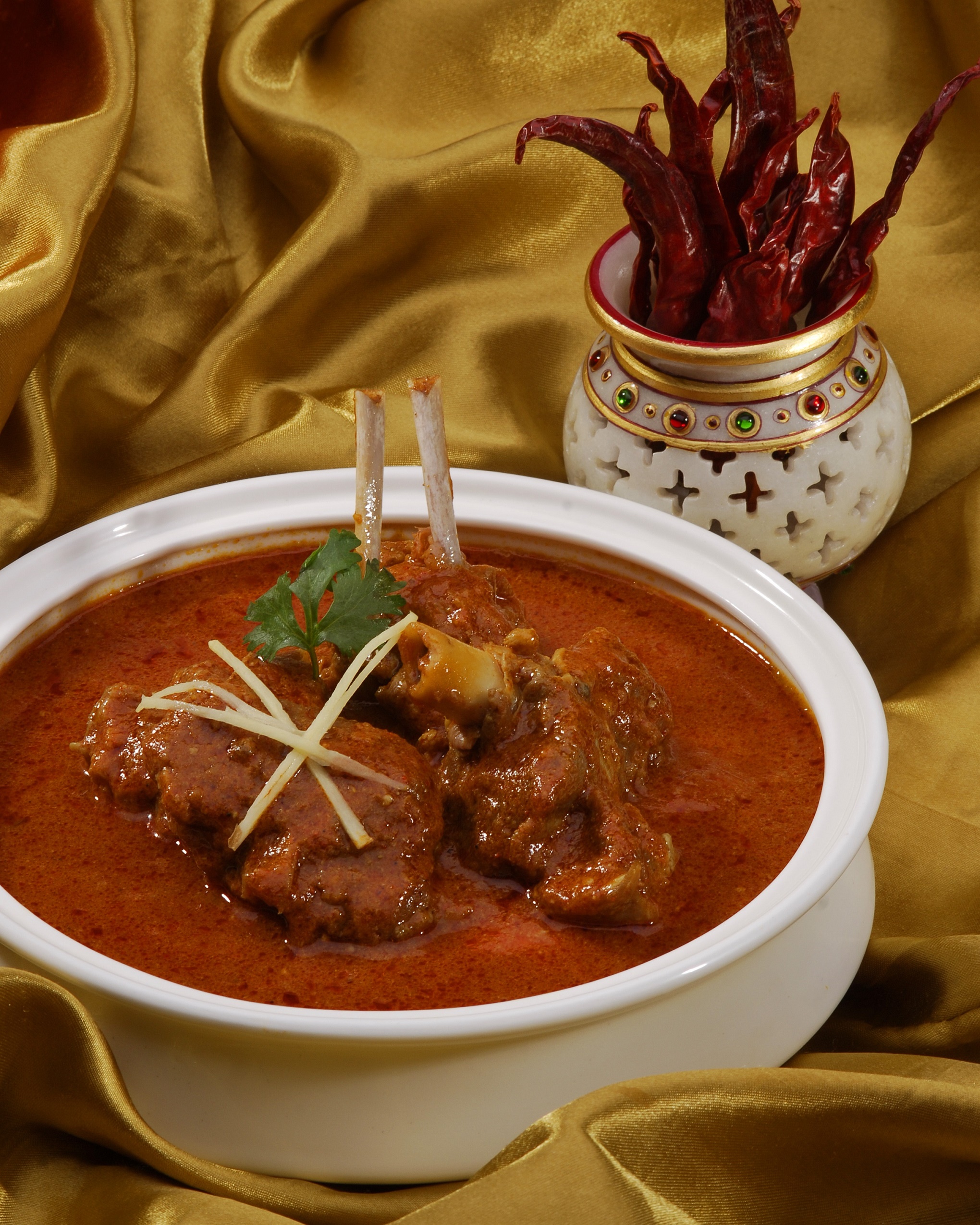 Akheraj Deolia lies between the borders of Marwar and Mewar hence the cuisine has been influenced by both the regions which includes use of makki, bajra, jo, chana, moong etc. Few of the signature dishes in this cuisine include Pithod Methi Dana, Ker Sangri, Hara tamater laungi, Makka Kheech, Akkha Khargosh and Achari bater. The other influences were the different marriage alliances which changed the repertoire of the food cooked in the royal houses. “For instance, my grandmother was from Gujarat therefore some of the food cooked is a little sweet in nature.” Being the 14th descendant of Rao Akheraj who founded Akheraj Deolia he knows he has a responsibility to maintain tradition. “I am a story teller and well versed with my history and so is my family. We still follow the practices of worshipping Devi Annapurna first thing when we reach home. The old ladies working for us from the village follow the instructions as per my mother while cooking traditional food. All the festivals are worshipped with traditional prasad and food for the deity.”

With a wave of healthy eating that is taking center stage he admits that the regional food of India has always been healthy with the use of locally sourced ingredients. “At villages, the use of cold pressed oil like mustard and sesame in winters is predominant. Most of the houses have cattle so people use desi ghee and milk produced at home. Lots of grains are used in the cuisine specially Millet or Bajra, which is now coined as super food even though at our homes we been cooking them often and from a long time. The food hence is healthy, our lifestyles have changed.” Chef also shares an interesting anecdote when he was posted at ITC Rajputana where His Holiness Dalai Lama was to pay a visit. “I was given the task to make a menu for him. So as per the instructions, I made an elaborate vegetarian menu for His Holiness. When he arrived, he called for the Chef to discuss his menu. When I took him through the menu and my suggestions, he looked at me and asked me where the chicken dishes where. I was taken aback, he then told me that he consumes non vegetarian food as the monks always go door to door for food and whatever is being offered to them, they consume.” Incidentally one of the toughest meals he cooked was at Shangri La, Kuala Lampur where the Sultan of Brunei used to stay for a month during Ramadan. “His team used to order all the Indian dishes from the menu every day for him and no one would know what he eventually ate. Cooking for someone without knowing his preferences was a deal breaker for me.” His advice to aspiring chefs is to stick to originality and traditions. “Cook food from your heart, take advice from your mother as they are undoubtedly the best chefs in the world. Grandma’s recipes are never wrong; they are tried and tested so just follow the traditional way of cooking.” 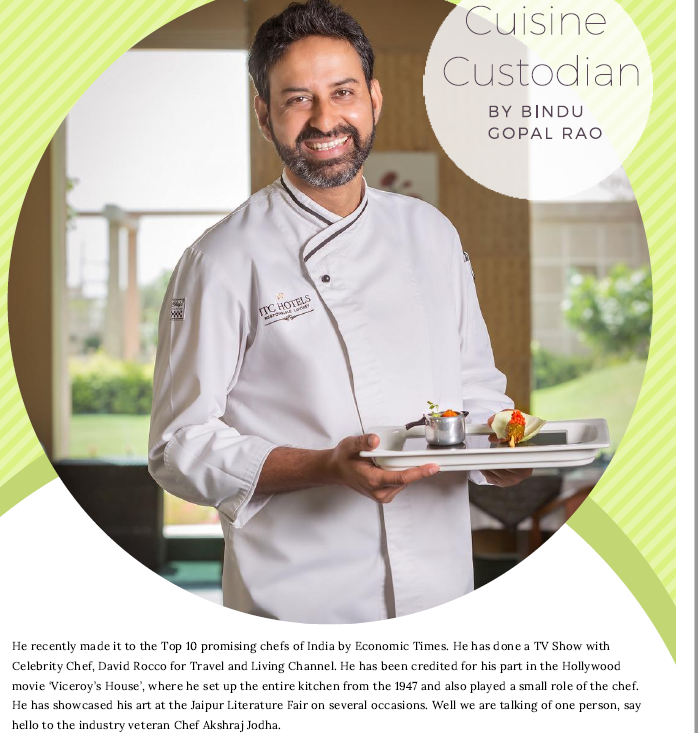 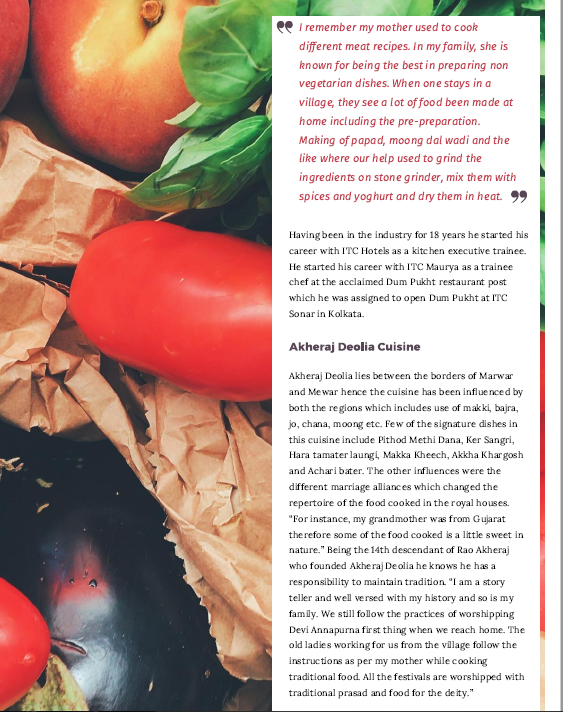 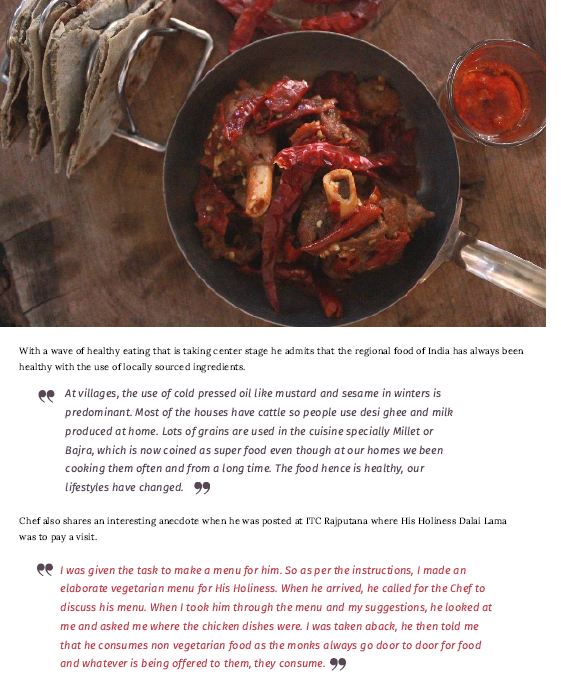 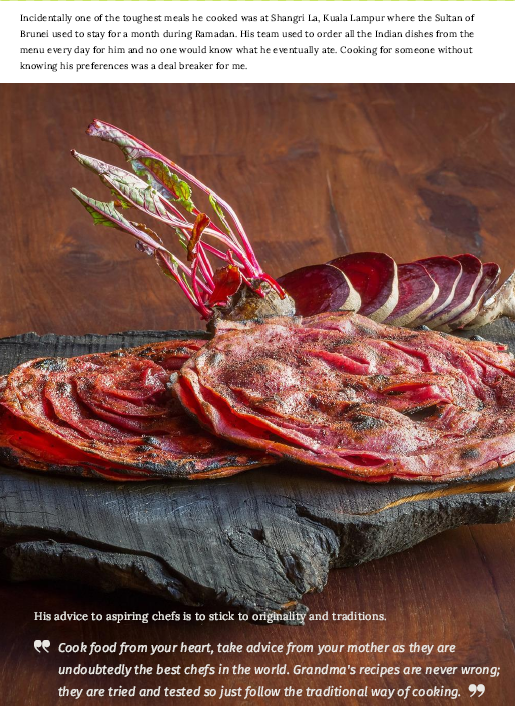