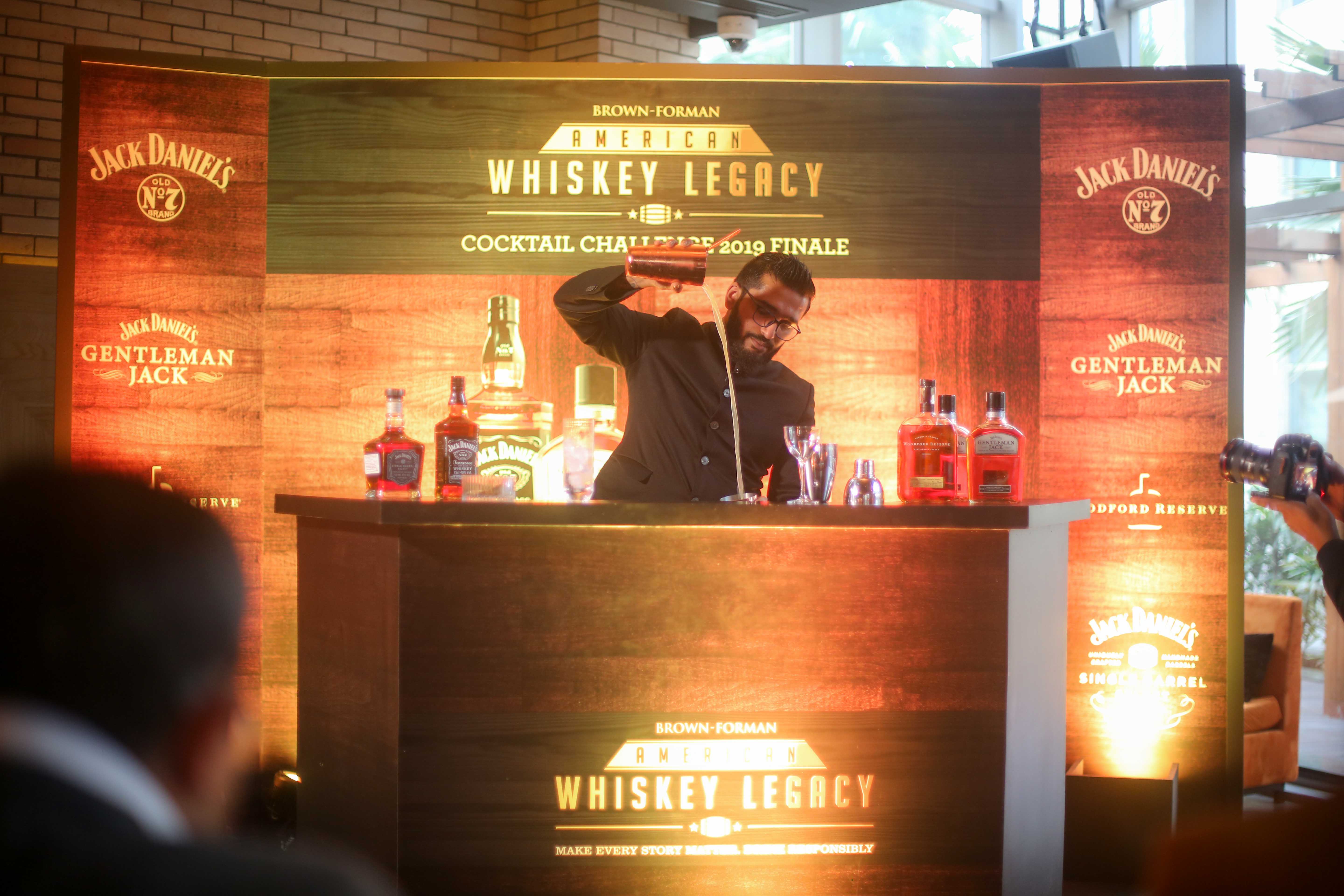 A career as a mixologist is an unusual choice to say in the least. And when a young boy from a tech family treads a new trajectory and works at making a mark, rewards are bound to follow suit, like it did in Rohan’s case.

BCB is a place where bar and beverage professionals are invited to network with peers and learn about new trends, techniques and products in the domestic and international markets. Attendees can also attend demonstrations, keynote addresses, and panel discussions with leading industry experts. Exhibitors at BCB Brooklyn will be carefully curated to feature primarily premium craft spirit brands and mixers. “My experience with Bar Convent Brooklyn was an intense blend of new spirits, innovative bar concepts and meeting the best in the trade. Spirit presentations included the unveiling of many new labels like Milagro Tequila, Hendricks Midsummer Solstice and Hendricks Orbium from William Grants & Sons, Bloody Shiraz Gin from Four Pillars Australia, Bacardi Ocho & Cuatro from the house of Bacardi. I also was blessed to meet some of the legends like Dale DeGroff, who was representing the Trade Comission of Peru and the Pisco vertical at BCB. Ian Burrel, The Global Ambasaddor for Rums. Steve Schnieder, the man behind Employees Only, Odd Couple Shanghai and many more bars. Julie Reiner, the mixtress behind The Clover Club & Flatiron NYC and our very own mentor for Indian Bartenders, Hemant Pathak, the head of beverages at Junoon, NYC, a proud place which needs no introduction.” He also experienced the Double Chicken Please NYC Pop Up by GN Chan a Bacardi Legacy 2016 Global Winner as part of a sneak preview of his upcoming bar in USA. Rohan also visited Junoon NYC, owned by Chef Vikas Khanna that packs a power packed beverage program spearheaded by Hemant Pathak. “I got a chance to try the famous Mumbai Margarita, an intense blend of Patron Reposado, Mango, Rose, Chili, Cilantro and his homemade salt blend, a perfect representation of Indian flavours. One more cocktail on my list which I was blown away comes from a dear friend Chetan Gangan, Head Mixologist at Baar Baar, NYC – The Chai Negroni. I got to try his innovation way before the Negroni Week 2019. A classic Negroni rested in Chai Masala Mix for 24 hours before served with a traditional Bombay Khari making this another brilliant innovation empowering Indian flavours.”

Having participated in the Brown Forman American Whiskey Legacy Cocktail Challenge last year where he secured the third position, Rohan was naturally eager to participate this year as well. As part of the competition, 300 bartenders from across the country participated in the competition and the top 17 made it to the national finals. This was an Indian centric competition that saw other Indian bartenders participate and only one winner was chosen (no runner up either). The competition was judged by industry experts including Yangdup Lama, one of India’s finest and well-known mixologist; Vikram Achanta, CEO and Co-founder of the popular portal Tulleeho and Vinay Joshi, Brand Manager – Jack Daniel’s for Indian Sub-Continent and Maldives, Brown-Forman Worldwide LLC. “This is a unique competition in India because it tests your mixology, presentation and your ability to sell. For me, the most challenging part was finalizing the cocktails because I chose to work with risky ingredients this time. It was a tough competition, seeing young bartenders slaying the floor with unique concepts, amazing storylines and brilliant cocktails.” The competition had a nail biting finish that saw Rohan’s creations ‘Lillianaire’ and ‘Aztec Mule’ hit the bulls’ eye making him the winner. Interestingly Lillianaire is an ode to woman power. “My story of Lillianaire is a tribute to all the women who rise against stereotypes and come out with flying colours. This is a cocktail based on the success story of the world’s richest women and the heiress of the French cosmetic giant L’Oreal.  It is also a twist on the Billionaire cocktail made by Jay Kosmos and Dushan Zaric from my most favourite bar, Employees Only, NYC. I believe it is the perfect whiskey for women and it also contains Rhubarb, Hibiscus and Lemon.”

Rohan did most of his schooling in Mumbai and was an average student who spent most of his time playing computer games. “I always dreamt of becoming a computer gamer, because I was fond of new challenges. I came to Bangalore to pursue International Hospitality Management because of my interest into food and spirits.” As both his parents have a science background, Rohan explained his career choice to them which they supported completely once they understood the possibilities it had to offer. Rohan started his career as a trainee bartender in Trident, Gurgaon and in the first week itself was impressed with his senior bartender’s attitude, finesse and passion towards mixing drinks. “That day I decided that I will surely work towards being a mixologist. I started working in the dispense section and I still love that part of the bar, where there are no guests on weekdays as there is ample time to experiment and master a cocktail.” Naturally his job is not easy as he is dealing with different people who come with different perceptions and ideas. “The most difficult challenge is to understand how much the guest knows about their drinks and how we can change his perception of drinking. Also a very big challenge which I feel most of us face in this industry is explain the concept of responsible drinking as it is important that the guest knows when it should be the last drink.” For someone who believes in living in the present, Rohan says he would like to groom himself to learn not only about mixology but how to manage high volume bars going forward. So, let’s raise a toast to that shall we? 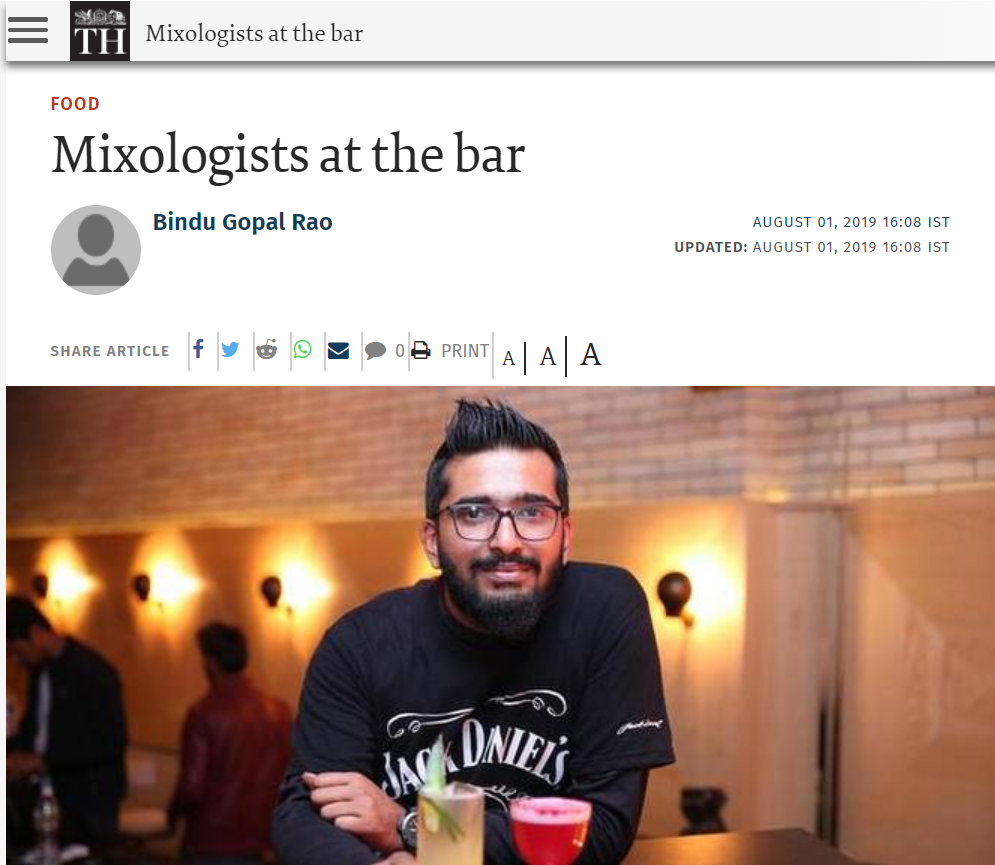