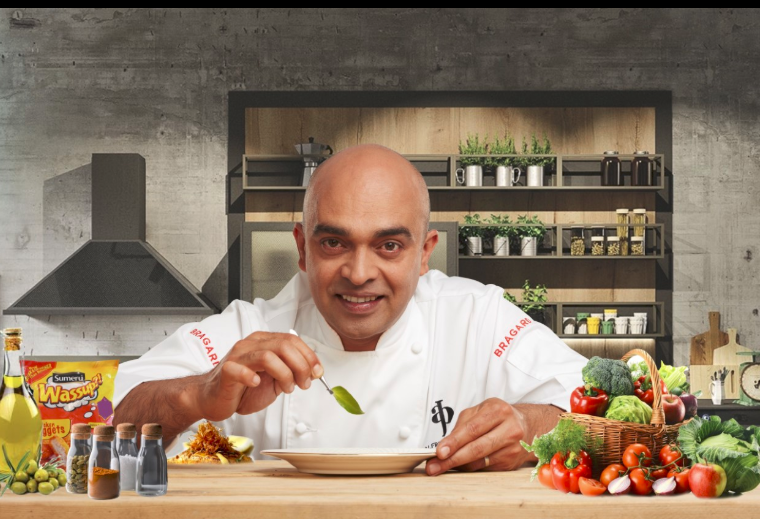 Chef Alfred Prasad is the youngest Indian Chef to receive a Michelin star and his varied repertoire of experiences is taking him places literally and figuratively.

A Chef credited with elevating the reputation of Indian food with his delicate treatment of fresh, seasonal produce, Chef Alfred Prasad is renowned for his original take on traditional Indian cuisine. His journey has been fulfilling, enriching and full of learning opportunities.

Even as a young boy, Alfred and his siblings were quite hands-on in the kitchen helping their mother dish out delicious meals and the kitchen was a natural and happy place. “But even then, I was not looking it as a career option and my mother filled the form for my hotel management course. After passing out in 1993, I worked in some of India’s most iconic restaurants before shifting my base to the UK.” Working across the country in places like Wardha, Mumbai, Delhi, Kathmandu, Andamans, Hyderabad, Vellore and Chennai gave him an early exposure to the diversity of India and Indian cuisines. “India has a culinary evolution of thousands of years and the diversity in indigenous micro-cuisines is immense. Also foreign cultures has come in with conquests, trade, settlers and sharing a border that has added new dimensions and cuisines to the already myriad Indian cuisine scene.”

After working in large hotel kitchens in India, with considerable space and staffing, he moved to London and joined Tamarind as a sous chef in 2001. “It was a bit of a shock to work out of tiny kitchens in London. Apart from the initial adjustment, I have never looked back. London offers a great canvas for a creative person. I progressed to Executive chef the year after and earned my first Michelin star in 2002, an accolade I held for 13 years.” It was here that he had the opportunity to showcase several Indian micro-cuisines to the British have had a long love-affair with the ingredients and flavours of the sub-continent. To be the youngest Indian chef to receive the star in 2002 was one of the most special achievements of his life and it has been not just newer opportunities but also a strong validation of his efforts. “The Michelin star, respected for its discerning, high standards and their anonymous approach to inspections, is a dream for every chef.” 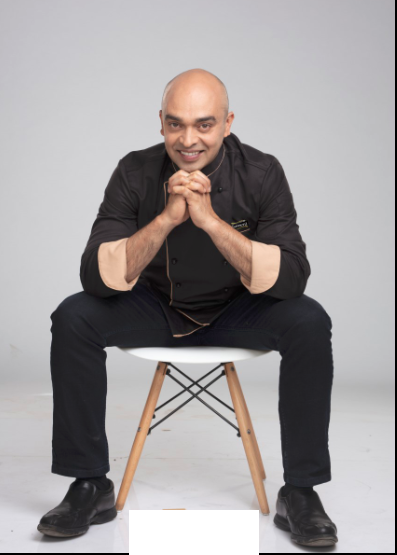 Chef’s culinary philosophy is rooted in Indian-ness and is founded on three pillars – Heritage, Health and Happiness or the 3H philosophy as he calls it which is the core of his creativity and cooking. “I like drawing on ancient food techniques, traditions and food science outlined in Ayurveda. I enjoy challenging the misconception that Indian food is greasy and too rich, attempting always to infuse as much goodness as possible to make a dish light and fresh. And food ultimately is all about happiness.” He has recently associated Sumeru to develop a new range of frozen meals including items like ‘Signature Pepper Chicken’, ‘Coromandel Roasted Chicken’, ‘Coromandel Shahi Paneer’ and ‘Super Millet Khichdi’. “This involved a lot of R&D with Sumeru to understand what would appeal to the Indian diner, in a ready-to-eat form, without a compromise on taste, convenience and health.”

With Indian cuisine currently at a very exciting stage in its culinary evolution, Chef says he enjoys seeing the many modern interpretations of age-old cuisines and also the renewed interest in Indian micro cuisines.” Globally, the perception of Indian food is largely Punjabi food. As more Indian micro cuisines are coming to the fore; the potential and possibilities with Indian cuisine grows exponentially. Also with the huge rise in vegan, vegetarian and overall healthy food; Indian cuisine certainly ticks a lot of boxes.” After leaving Tamarind in 2015, Chef has collaborated with The Oberoi New Delhi to launch a signature Indian fine dining restaurant, OMYA. “I also curate ‘INDUS’, the Indian menu offering for Hospitality boxes at MCC Lord’s for the cricket season. I also present my cuisine every summer in Geneva at the Hotel D’Angleterre. I work as a food consultant to Gleneagles, Suvlaki (London’s best Greek restaurant), Tandoor Chophouse to name a few. I am hoping to open the doors to my own restaurant by Summer 2019. It has been an incredible and organic journey the past couple of years with a lot of learning and unlearning along the way,” he signs off. 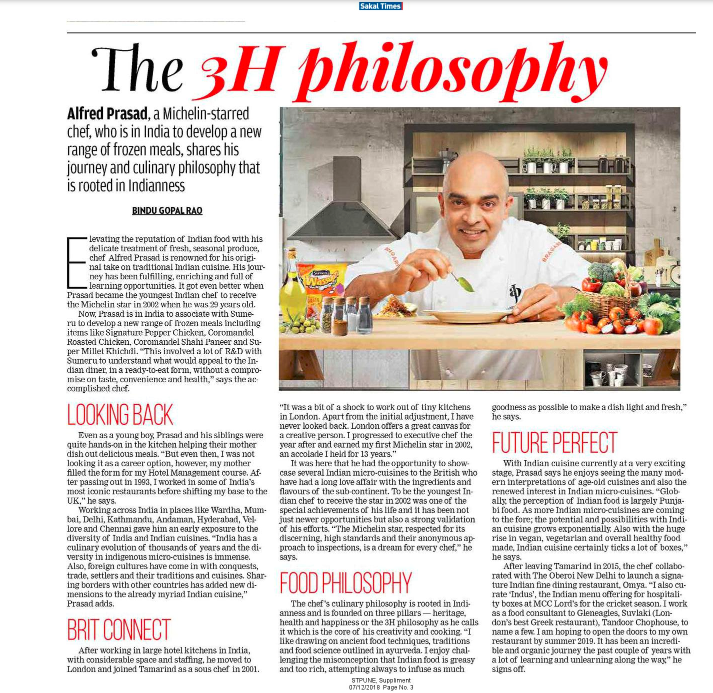