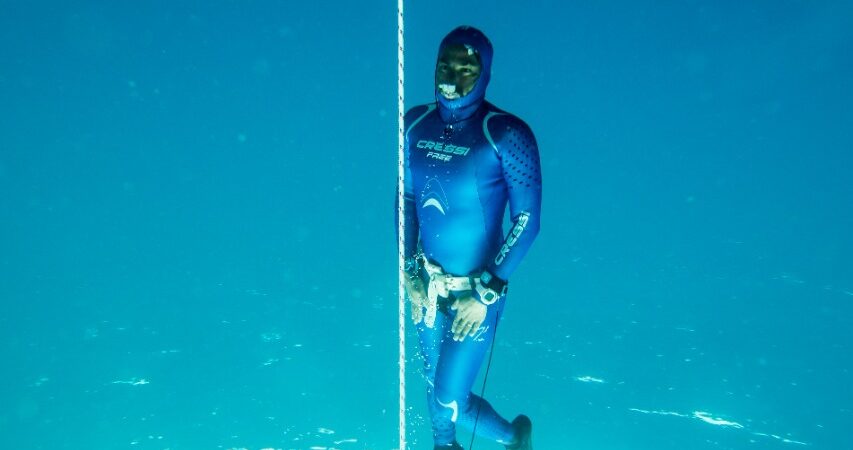 Growing up in a humble background, with the ocean in his backyard, Mario Fernandes was the third of five siblings. The children were brought up by their mom while their father worked in Qatar staying away from the family to make ends meet.

Fernandes has put India on the Freediving map by bagging four national records at AIDA (International Association for the Development of Apnoea) in Israel. In DYNAMIC With Bi-Fins (DYNB) his national record now is 86 m, and in Static Apnoea (STA) his record is 4 minutes and 29 seconds. He is now all set to break his record on STA with his current breath hold of 7 minutes.

He currently has a rigorous training schedule guided by Aharon Solomons and a strict diet that keeps him in check. He spends eight hours a day in my training and workout with a day of rest in the week.

To encourage others, he has started Freediveindia is a free dive school for anyone in India who wants to have access to and explore freediving. The school operates out of Goa, Bangalore, and Chennai as of now and plans to expand to other major cities soon.

Read the full story that first appeared on The Chakkar here: