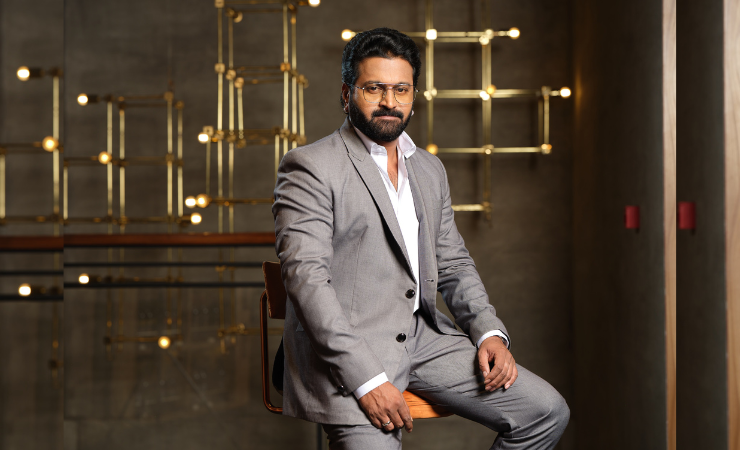 Kantara continues to break box office records for all the right reasons and in spite of having an OTT release it continues to shine on the big screen.

When I was asked to interview actor Rishab Shetty for an interview, I first watched the movie Kantara. And like all, the story and acting remained with me much after I left the theatre hall.

Being from Karnataka, I had some idea of Bhuta Kola but the way the entire art played out on cinema was something memorable.

To prepare for the interview I also read and saw other interviews of Rishab so that there would be something interesting to ask him.

I did this interview at the plush office of Hombale Films in Rajajinagar in Bengaluru and was pleasantly surprised at the easy going demeanor that Shetty had. He made the conversation fun and conversed in Kannada which made me very happy as well.