Jerusalem is a place that evokes varied emotions and a sense of ethos like no other. Well, this place is holy not just to Jews but also Christians and Muslims. As outsiders, we may form so many opinions based on what we read and see, but I can tell you this is a place that is serene yet modern, spiritual yet contemporary. And yes, nothing can prepare you for the trip down history that you will get to experience in one of the world’s oldest cities. Well where else can you walk in the lanes once used by kings and prophets? But Jerusalem is much more than that. 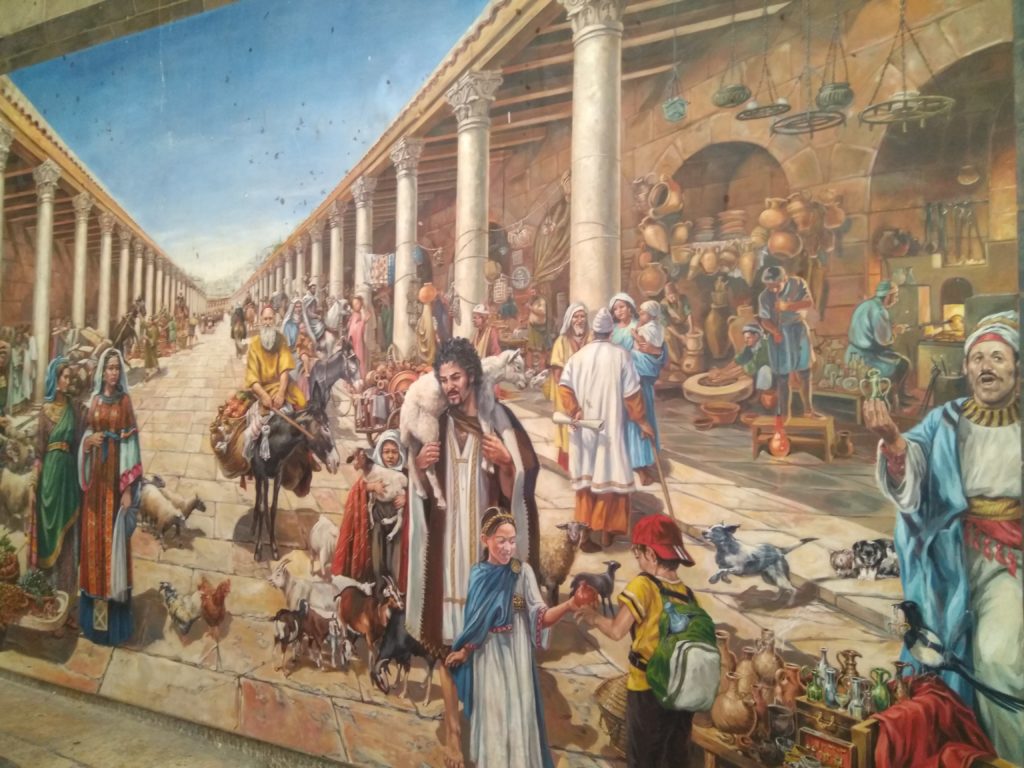 I start my tour of Jerusalem at the Tower of David Museum that encapsulates the 2500 year history of Jerusalem. Interestingly, this is a walled city and is covered by walls as this was a way to protect the city from intruders in the past. The Old City has four parts – The Jewish Quarter, The Armenian Quarter, The Christian Quarter and The Muslim Quarter and has seven entry gates. Located at the Jaffa gate, the western most of the gates in the walls, this museum is a project of the Jerusalem Foundation. This is a great place to start as it basically tells you the story of Jerusalem highlighting all the major events in its history starting from the 2nd century BC till it became the capital of Israel. The citadel here is an archaeological site that offers panoramic views of the old city. The exhibits take you back in time and chronologically list all important events that made the city what it is.

After this I head to see the ‘Stations of the Cross’ or the route that Jesus Christ walked as he headed for his crucifixion. The route passes through narrow roads that open up and mark the 15 points that are the major stops in his walk. There is also a station where Jesus is said to have rested his hand against a wall which you can also touch today! While 9 of the stations are on this route, head to the Church of the Holy Sepulcher that has 5 stations inside its precincts. The beautifully ornate interiors of this Church are bound to blow your mind as well. This is where you can see the spot where Jesus was crucified or the ‘Calvary’ and his empty tomb where he is was buried and resurrected. The Church also has a Stone of Anointing that is believed to be the spot where Jesus’ body was prepared for burial after he was crucified. Today all devotees bow down here and bless their rosaries and any gifts they have bought too. 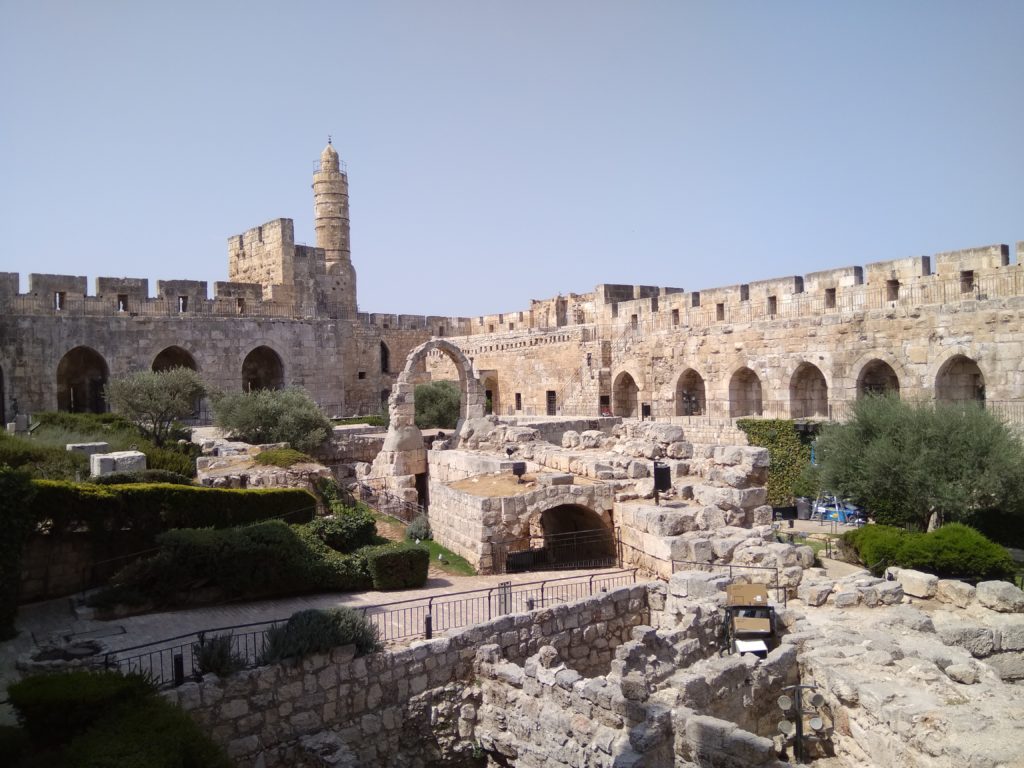 Judaism’s most sacred site is the Western Wall that is as sacred to the Jews as to the Muslims and is the only part of the original temple Mount destroyed by the Romans in 70 CE. This is considered holy as it has the closest connection to the Temple Mount the holiest place where Jews are permitted to pray. Naturally this is very crowded and men and women have separate areas to pray as the idea is to pray without being distracted. Men must cover their heads and women must wear modest clothing. There are several pieces of paper within the cracks on the wall representing wishes that the devout hope will be fulfilled. Interestingly Muslims call this the Buraq Wall as on the other side is said to be the location where the Prophet Muhammed tied the Buraq or the animal upon which he rode during the Night of Ascension to the heavens. However if you want to understand this place more, head to the Western Wall Tunnels with the services of a guide who can take you through the narrow labyrinths that tell the story of the wall underground. There is still work going on in terms of excavation but the tunnels are a story in themselves where you discover water channels, Struthion Pool, huge stones that weigh close to 520 metric tons raising questions of how they could have been brought here. In fact this is where you can see a quarry and also an ancient synagogue of the Jews. 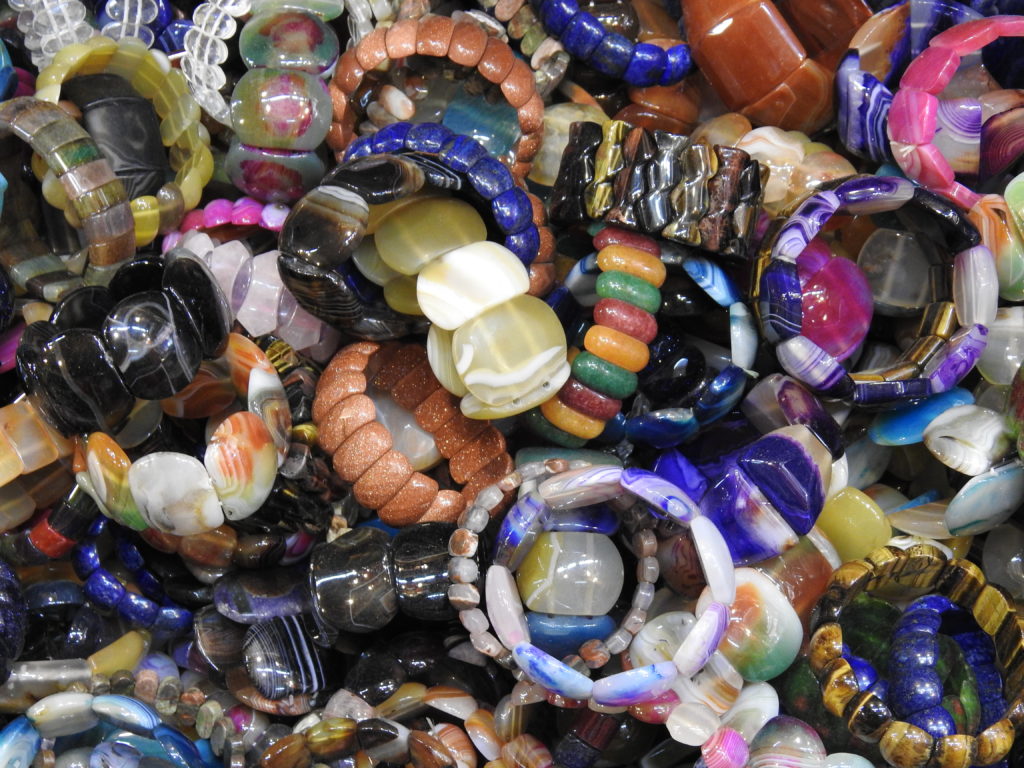 And if you feel that you want to lighten up your mood the Arab Market (Shuk) in the Muslim quarter has rows and rows of shops on either side of a narrow alley filled with distinctive souvenirs from the region that you cannot resist buying. Walk along the rebuilt Jewish Quarter and Cardo which are ruins of a main street from Roman times and you can feel history reverberating in the walls. And I also suggest weather permitting (as it gets really hot in the summer months of July and August) that you do a Ramparts Walk – a walkway atop the Old City walls that offers a unique panoramic view of the Old City and its surroundings. This walk is open till 10:00 p.m. so if you can do the walk post sunset and you will see the city with a magical hue. After a long day, I am back at the Tower of David Museum for a sound and light show that is aptly called ‘The Night Spectacular’. As the show starts, I am transported into another world when the beige limestone walls of citadel are lit up with myriad lights and the sounds, music and images are projected on the walls magically transporting me to the past. The show ends with a poignant message for peace in Jerusalem, an emotion everyone will relate with. And for me this was really the perfect end to a trip that gave me wonderful memories for a lifetime!

This story appeared in The Week online here: 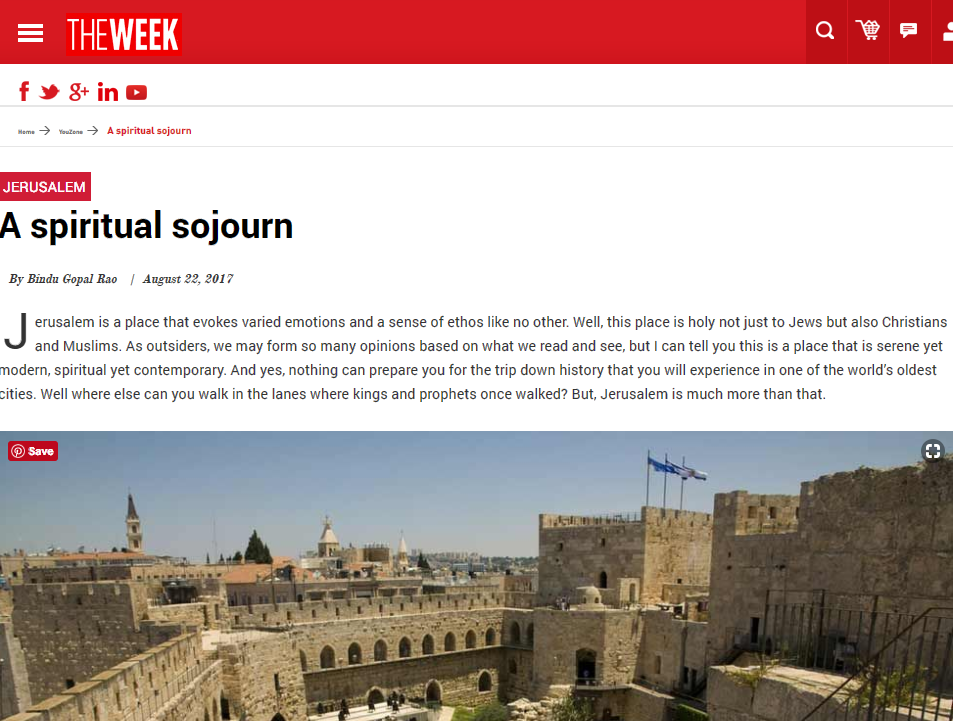