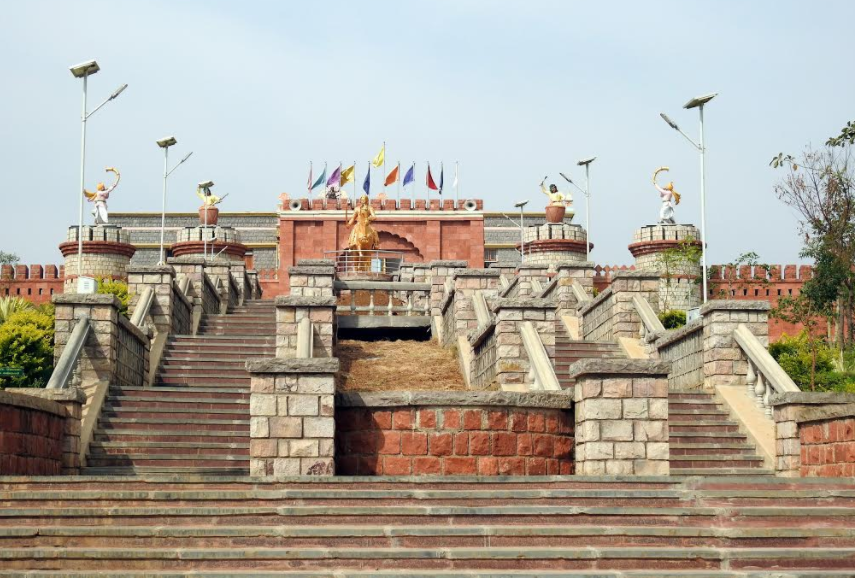 On a recent trip to Haveri district, I was intrigued by a beautiful yellow and pink double arch with a sculpture of Saint Kanaka Dasa and decided to explore more. I was in Kaginele in the Byadagi taluk of Haveri in Karnataka, the birthplace of Kanaka Dasa, a renowned and revered saint belonging to the Kuruba Gowda community. As Kanaka Dasa lived and also and wrote most of his works at Kaginele, the Kaginele Development Authority (KDA) has decided to protect monuments and documents related to Kanaka Dasa as well as showcase his story. 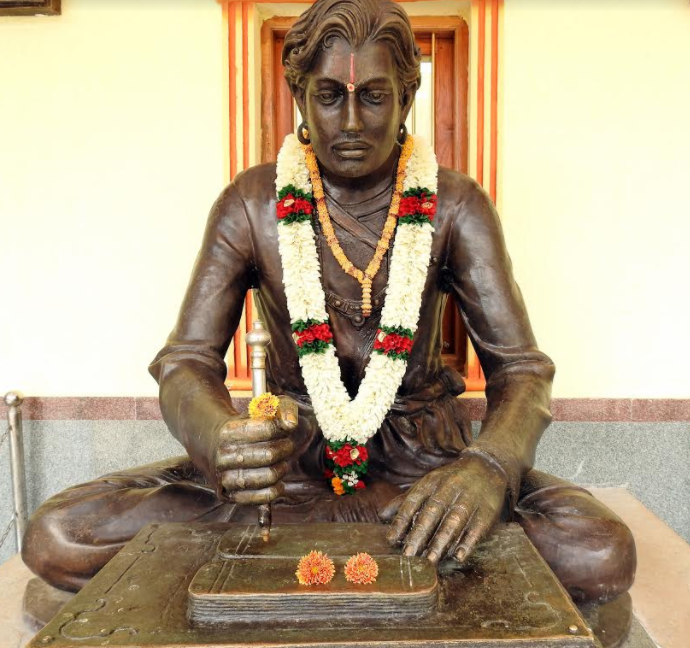 Born as Thimmappa Nayaka to a chieftain family of Kaginele, Kanaka Dasa was well educated and when he was severely injured in a war and miraculously saved, he gave up being a warrior and dedicated his life to philosophy through his music and literature based compositions that even a common man could relate to. An ardent devotee of Lord Krishna, he is the reason why the main deity faces West as opposed to the East in all temples. It is said that when Kanaka Dasa went to Udupi, he was not allowed to see the God as the caste system prevalent in those days did not allow him an entry. Not to be deterred, Kanaka Dasa caped outside the temple composing songs for Lord Krishna, and it is believed that the Lord turned around to ensure that Kanaka Dasa could see him through a crack in the wall. In fact this is the famous window commonly called Kanakana Kindi that you can see even today in Udupi is a tribute to his devotion. A popular quote associated with him in Kannada is ‘Nanu Hodare Hodenu’ that translates loosely as give up your ego to get going. It is said that when his Guru Vyasatirtha asked the question as to who can attain salvation all the scholars answered in the negative. When it came to Kanaka Dasa’s turn he said this and while all other scholars interpreted this as “I can attain salvation”, the Guru understood the real meaning behind his words that had a philosophical thought process to attain the same. His writings have an undertone of social reforms and connected with all because of the simple language he used to communicate with people. Some of his major works include Nalacharitre, Haribhaktisara, Nrisimhastava, Ramadhanyacharitre and Mohanatarangini. He also wrote 240 musical compositions including Kirtane, Ugabhogas, padas and philosophical songs that have been translated into different languages. 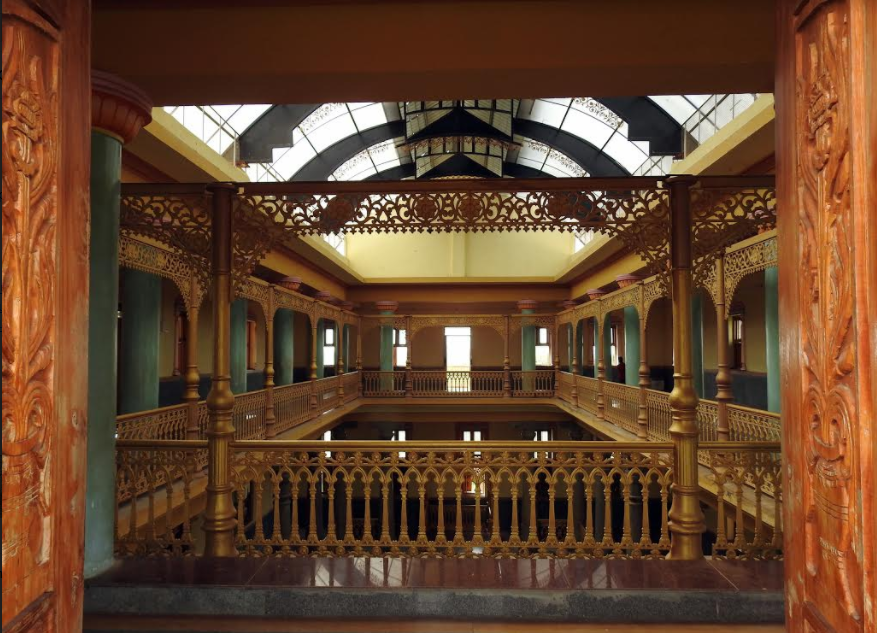 The Kaginele Kanaka Guru Peetha is in a way the symbol of spiritual and cultural centre for the Kurba Gowda community and is designed like a palace. As you approach the place, it is hard not to miss the beautiful cotton plants on either side of the road. A large statue of Kanaka Dasa sitting and writing greets you at the entrance. The Peetha itself is an imposing cream and brown structure with colourful flags fluttering atop and a statue of Kanaka Dasa on a horse with a sword with a long flight of steps on either side. There is beautiful landscaping all around the peetha. As you climb up, you can see replicas of canons and another statue of Kanaka Dasa standing with a musical instrument. Intricate filigree work in gold hues against a pale pink and blue facade and ceilings decorated with bright colourful motifs open to a courtyard. With pillars all around the walls have murals that depict the life and sayings of the great saint. Walk inside and there are colourful paintings that show the life of Kanaka Dasa in pictures. Take the stairs and you can see panoramic views of the countryside with the verdant greenery and mountains in the backdrop. The peetha itself has carved wooden doors and if you look carefully you can see that even they have carvings of Kanaka Dasa. If you want to learn more about this saint, there is also a small counter here where you can buy books and also music CD’s of his compositions. These are available both in English and Kannada. As I was leaving this place, I was filled with a sense of calm and peace, perhaps an ode to the wonderful personality this place is dedicated to. In all this is certainly a place that will give you an insight into the wonderful life of a saint whose life story has much to be emulated.

This story appeared in the Oct 31 issue of Deccan herald’s Spectrum here.