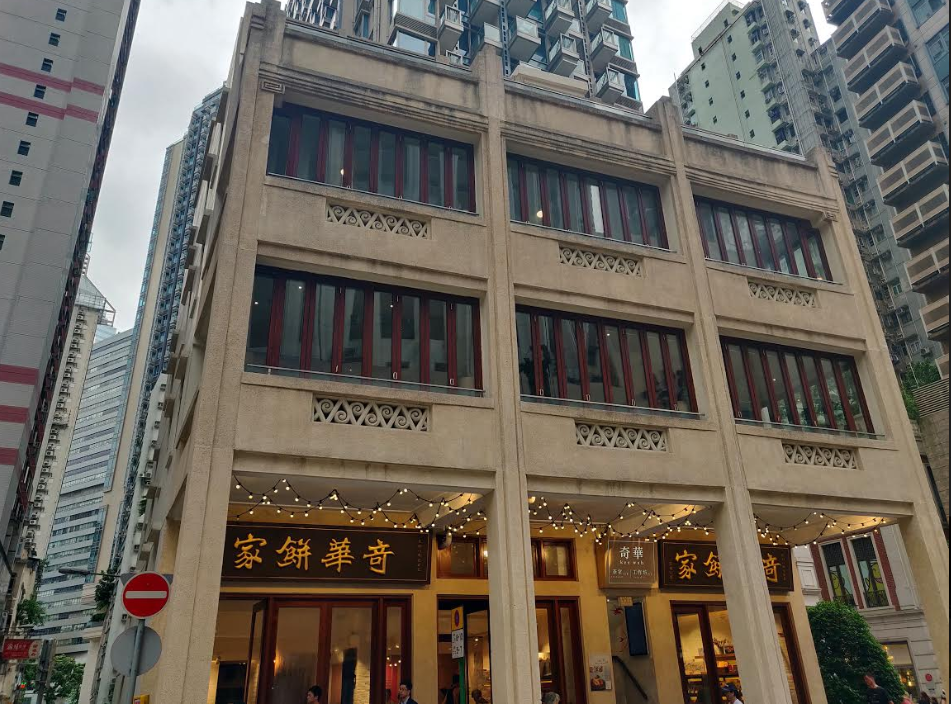 Did you know that you can actually learn to make Hong Kong’s iconic dish egg tarts? Well this experience at Kee Wah Bakery should be a must do on your next visit to this island country.

For someone like me who has a keen interest in cooking, the prospect of learning a new dish is always exciting. On a recent visit to Hong Kong, I had the lovely opportunity to learn how to make the city’s most loved dish – the egg tart.

Soon after I landed in Hong Kong, I headed for my first meal at one of Hong Kong’s oldest bakeries Kee Wah Bakery whose flagship store houses its own café (Kee Wah Tearoom) and a baking workshop (Kee Wah Studio). Incidentally Kee represent curious and Wah means talent. Located in Queen’s Road East in Wan Chai, the building dates back to the 1930s and still has a steep stairway and is a Grade III historic building per the Antiquities and Monuments Office in Hong Kong. After my lunch I headed to the studio where we were welcomed by our teacher for the day Violet Sze. The studio has several individual stations for students and learners and is spic and span. The aroma of the fresh bakes though is unmissable. Violet asks us to first wash our hands and dry them before we position ourselves at our stations. Each station has a number so it is easy to identify what you made. At the station there is an apron, a folder with the recipe of the egg tart and a bowl with salted butter, cake flour and sugar powder measured as per the recipe. The lesson takes close to one hour thirty minutes in all including the baking time and the recipe is to make four tarts.

The first step is to make the dough which involves sieving the milk powder and flour. “The cake flour is mixed with milk powder as this ensures that the crust of the tart is perfect. The milk powder we use is from Australia and is a full milk powder,” says Violet. Once sieved, the butter and egg is added and the dough is kneaded by hand. “We use fine sugar as required whether it is brown or white. Black sugar is however not recommended as its colour and flavour is strong. We use one whole egg and it is important that we do not knead the dough a lot as the oil comes out,” says Sze. Once done we are asked to set the dough aside and then given small weighing scales. “Make four parts each weighing 45 grams and set aside,” says Sze. Once done we are handed our next set of tools – four moulds into which each of the dough balls are shaped carefully working from inside out. Sze gives us another tip to shape the edge using our hands inwards. The mould has oil sprayed on the inside so that the dough does not stick on them. Once done the moulds are placed in numbered trays and refrigerated for about 10 minutes. While the shell is getting cool, we are given the next set of ingredients for the tart filling. This is the egg custard which is made by mixing egg, egg yolk, sugar, milk and water which is then strained. Then the moulds are removed from the fridge and the filling is poured carefully to avoid formation of bubbles. The filling is not done to the rim as it rises in the baking process. This is then put into a preheated oven at 180 degrees and baked for 16 minutes. Then the oven door is opened and closed and the tarts are baked for 14 minutes at 140 degrees.

The cooking classes are conducted in small groups of 8 to 16 people in a class. The best way to attend a class is to sign up online. While you are waiting for the tarts to bake you can browse the bakery on the ground level that prides itself on traditional cookies, tarts and mooncakes. Alternately you can also sit in the balcony where the class is conducted and tuck into some nice tea and cookies and mooncakes. After half an hour once the tarts are baked, they are taken off the oven and allowed to cool. If you want to try the tart you can or you have the option to carry it with you. The four tarts are neatly packed in a box and placed in a paper bag and handed over. “Make sure you eat them in a day as they won’t last after,” says Sze. An experience here is an absolute must do especially if you are looking for a slice of local culture in Hong Kong and food is after all a great way to understand the ethos of a city. A must do on your next trip to Hong Kong.