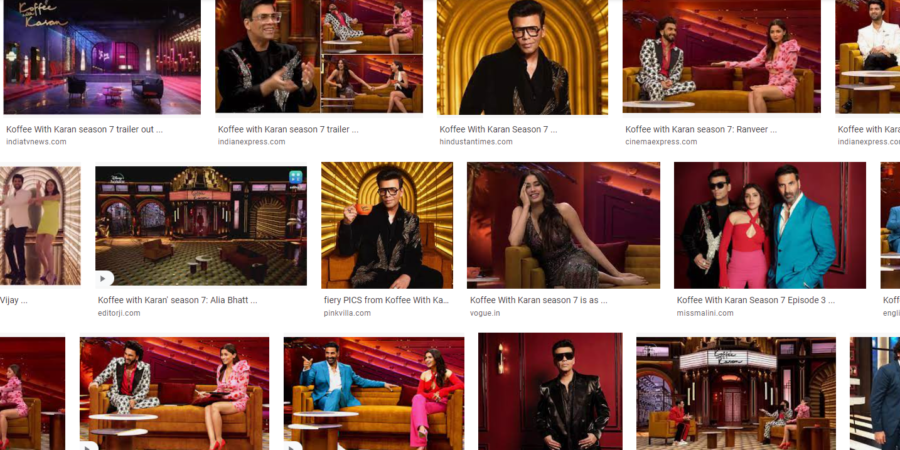 Koffee with Karan is back in its seventh season and is making all the right moves both for the guest list and the set design.

In its new avatar, this season, the consensus was to do something simpler, keep it cleaner and more modern. Amrita Mahal Nakai, freelance Production Designer who has incidentally designed the sets for the last two editions and assisted Sharmishta Roy, art director and production designer on an earlier season has designed the set this season.

The set was built in about 21 days and the primary material used is wood planks, die-cast molding, and Plaster of Paris. Use of acrylic, mirror plexiglass, and brass has been used in the set design.

The set design is an abstract take on Mumbai and is inspired by Art Deco designs from buildings like Eros and Regal cinema and the front facade has a regal feel inspired by old Bombay structures. The idea was to have a set that felt like Mumbai meeting Miami and is clearly not an extension of his current living room as it is an abstract version of Mumbai’s architectural skyline.