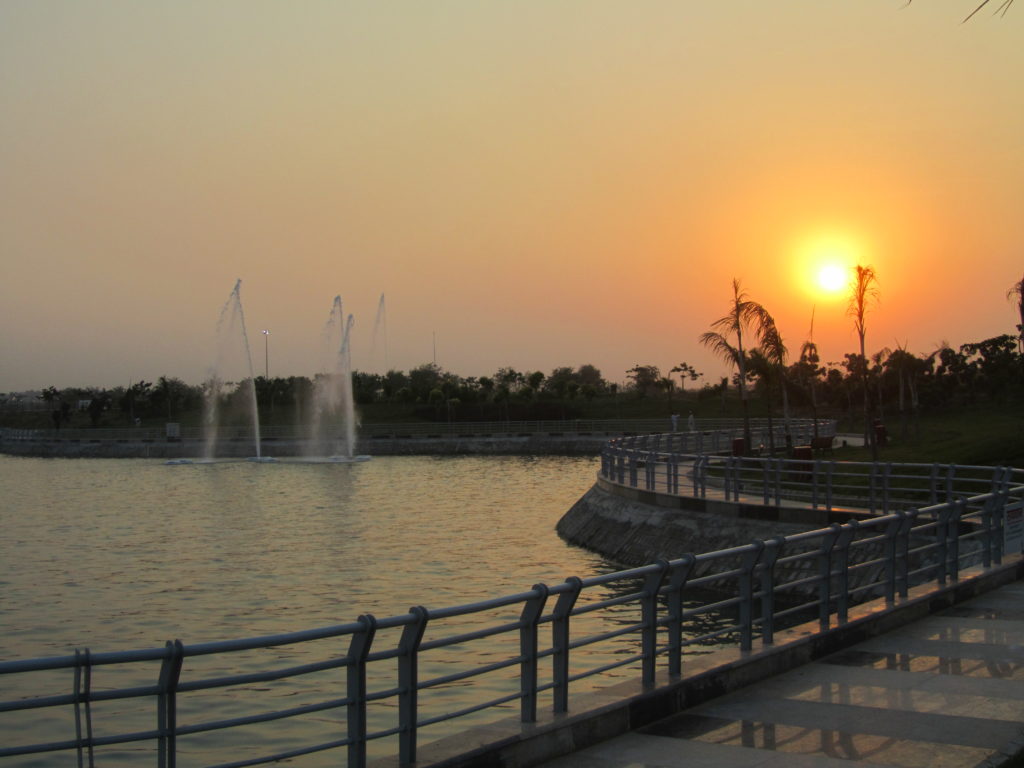 Lucknow, the capital city of Uttar Pradesh is a potpourri of old and new where traditions and modernity mingle in a way that you have a unique experience of the past in these modern times.

As I drew open the curtains of the window in my hotel room, I was amazed at the sight that unfolded in front of me making me wonder if I was in India or in the Middle East. In front of me was a large building with rows of red sand stone domes, beautiful marble sculptures and statues amidst a well laid out landscaped park and the architecture is distinctly Indo-Islamic. I find out a little later that this is the Ambedkar Memorial, spread over 107 acres and built at a whopping cost of INR 700 crores! The structure of course is beautiful and is a memorial dedicated to Dr. Bhimrao Ambedkar. The river Gomti is the lifeline of the city and you will cross and re-cross the same as you navigate different parts of the city in your quest to discover it. Known as the city of Nawabs and Kebabs as well as Aadab (courtesy) and Tehzeeb (refinement) – Lucknow has several secrets up its sleeve. And while your first impression may feel like this is another urban city, its heart and soul lies in the old city with bustling markets, quaint restaurants and heritage architecture. 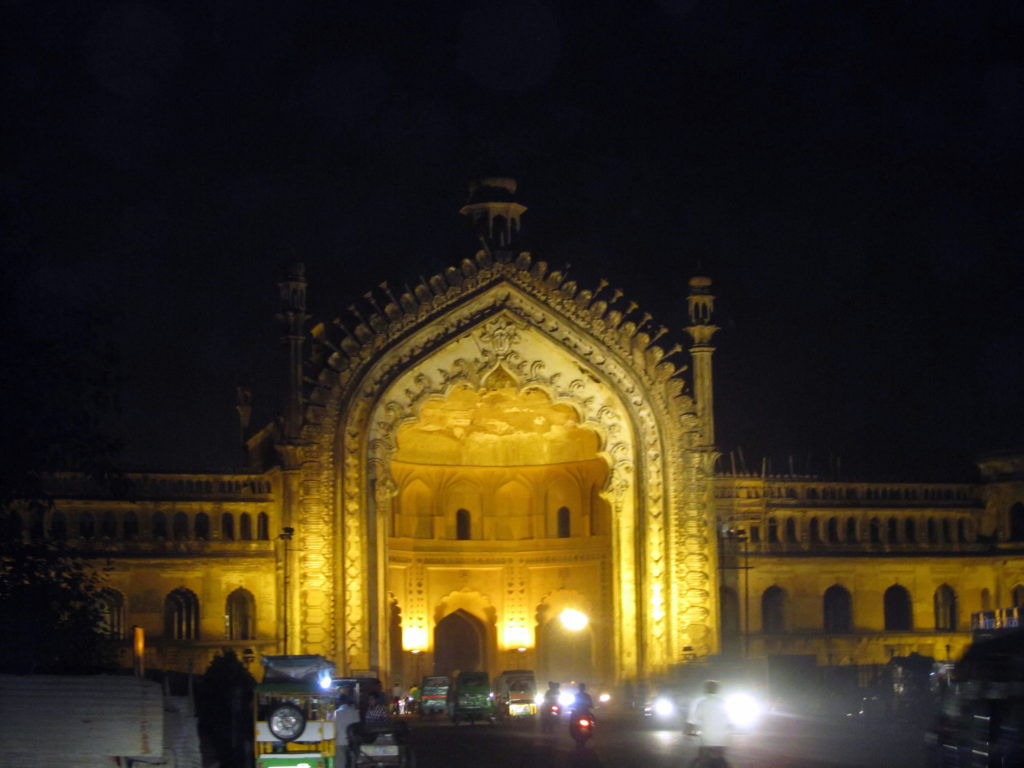 Since I only had a couple of days in the city, I decided to start exploring its well known monuments and made my first stop at Rumi Darwaza. This is a 60 feet high gate that dates back to 1784 and was built during the reign of Nawab Asaf-ud-Daula and is inspired by the Turkish Gate at Constantinople, Turkey. The gate is huge and is said to be the entrance to the old Lucknow City and you can actually feel a nice old world charm here. Close to the Rumi Darwaza is a 221 feet high Clock Tower that was built in 1881 to commemorate the arrival of Sir George Couper, the first Lieutenant Governor of the United Province of Awadh. Locally called Ghantaghar, the clock tower has both Victorian and Gothic design influences. My guide tells me that gunmetal has been used for building some of the parts of this clock and its gigantic pendulum has a length of 14 feet! 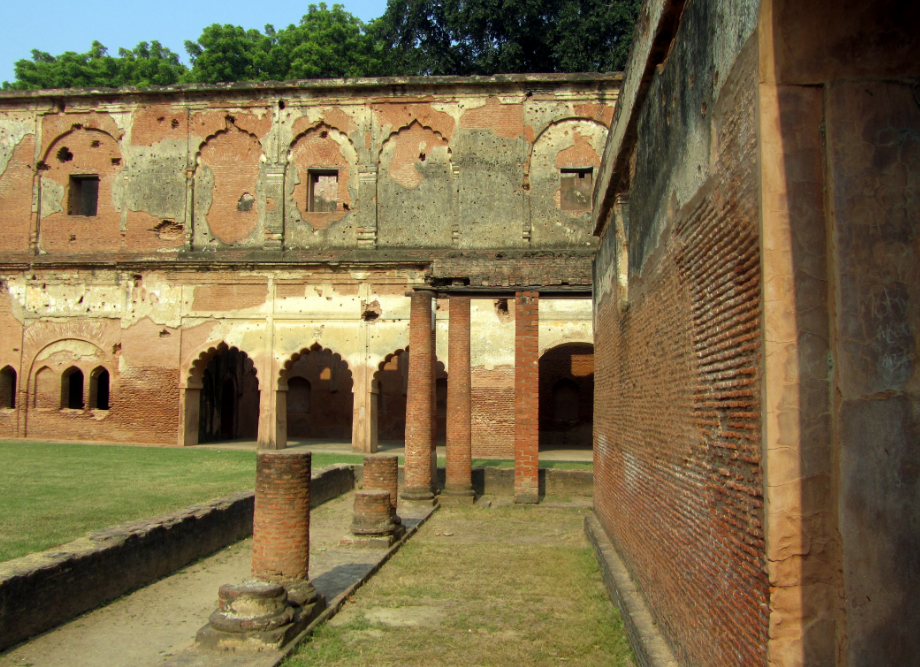 I then head to one of the most famous monuments here, the Bara Imambara, also built by Nawab Asaf-ud-Daula during 1786-91 and is said to have a hall that is believed to be the largest vaulted chamber in the world. Also known as Asifi Imambara this was built during a time of severe famine to provide work for the locals and has Indo-Persian architecture. Interestingly this place has a staircase from the outside that leads you to a series of labyrinths called Bhul Bhulaiya which is a complicated maze of passages, tunnels and steps that you must see with an authorised guide as some places are quite dark. As there are usually many people you will not really get lost but it gives you a good feel of how it might be in a maze and when you reach the top you do get to see some panoramic views of the city, a fitting reward for navigating your way through the maze! The Asafi Mosque and Shahi Baoli are other attractions here. As the place is open from sunrise to sunset, I suggest you get in here early so that you can beat the heat and also spend more time exploring the large space. The Chhota Imambara also called Hussainabad Imambara is on the west of the Bara Imambara is more elaborate in architecture courtesy its golden dome, intricate calligraphy, stunning Belgium chandeliers, gilt-edged mirrors and bright stuccos. Built by Nawab Muhammad Ali Shah in 1838, this building now houses the tombs of him and other members of his family. The Jama Masjid that was built in 1837 is another building that reflects the fine style of Mughal architecture and the pillars here have carvings inspired from both Hindu and Jain culture. Nearby is a gallery that displays life size portraits of the Awadh Nawabs in the picture gallery.

In contrast to these buildings is the Residency, a group of buildings housed in a neatly maintained structure that was built for British residents during Nawab Saadat Ali Khan rule between 1780 and 1800. This was originally a large complex of several buildings with arched buildings, places of worship, residential quarters, barracks, armoury, stables and dispensaries. This place was also the seat of the Siege of Lucknow that witnessed several events during the first war of independence in 1857 that went on from July 1 to November 17, 1857. Today however, it is set amidst terraced lawns and gardens and only muted ruins are witness to the turmoil of 1857 and you can see the bullet marks and cannon balls from that time. The cemetery in the ruined church close to this place is said to have the graves of 2000 people who died during the siege. Do take a look at the Residency Museum situated within the campus here that showcases relics and photographs from that time. There is also a 20 minute documentary that you can see while you are here.

While the Residency has more of a melancholic atmosphere, La Martiniere is the place to see a fine ode to the European funerary monument in the subcontinent. While it is today a leading educational institution, it is impossible to miss its history that goes way back to 1840. Built and designed by French soldier turned architect Claude Martin, the structure is a melange of Italian architecture, and Hindu and Mughal architecture. The Constantia, part of the institution is a structure that was originally intended to be a palatial residence but could not be completed due to Martin’s untimely demise. In reverence to his desire to use the property as a centre of learning the Constantia is today an integral part of the college In fact tracing the colonial history of Lucknow is good way to explore the impact that the British Raj had on the city. Stop by at the Christ Church, the Church of the Epiphany, Victoria Memorial and the Char Bagh Railway Station to see these influences in the ‘Constantinople of India’. 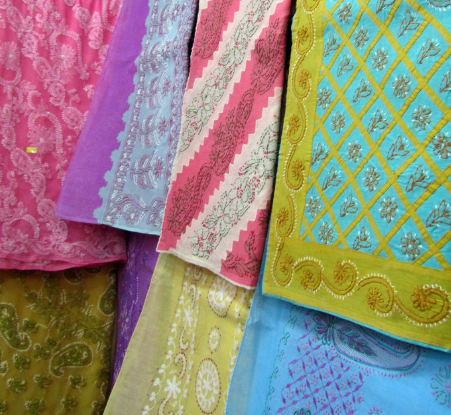 However to experience the real Lucknow and get a real feel of its literature, fashion, cuisine, performing arts and food, you must head to the local markets especially in Chowk, Aminabad and Hazratganj areas. I especially recommend Chowk with its numerous lanes and bylanes for its extensive collection of reasonably priced Chikan embroidery and zardozi work that is seen on a variety of garments and are great gifts to take back home. Lucknow is especially known for the Chikan work and you can even visit several artisans and NGO’s that are working on reviving the craft while you are here. This is also the place to check out stores selling ittar or local perfumes and you can find bottled petrichor here too. This apart, ivory carved handicrafts and handmade nagra footwear is popular here too. While you are in Lucknow, explore the culinary wonders of the diverse street foods it offers making a mandatory stop at the century old iconic Tunday Kabab that is well known for the famed soft galauti kabab and the Lucknowi biryani. You can also sample lassi and thandai, a milk based drink that could be laced with bhang (cannabis) at the local stores. Lucknow is the place to satiate your retail craving, so make sure you stop by at these local markets while you are here just sharpen your bargaining skills though! The tourism department of Uttar Pradesh has marked Lucknow as part of the Heritage Arc and this lies in between Agra and Varanasi. And pretty much like the arc, Lucknow is a gateway to discover the culture, food and history of a city that still has an old world charm of its own! 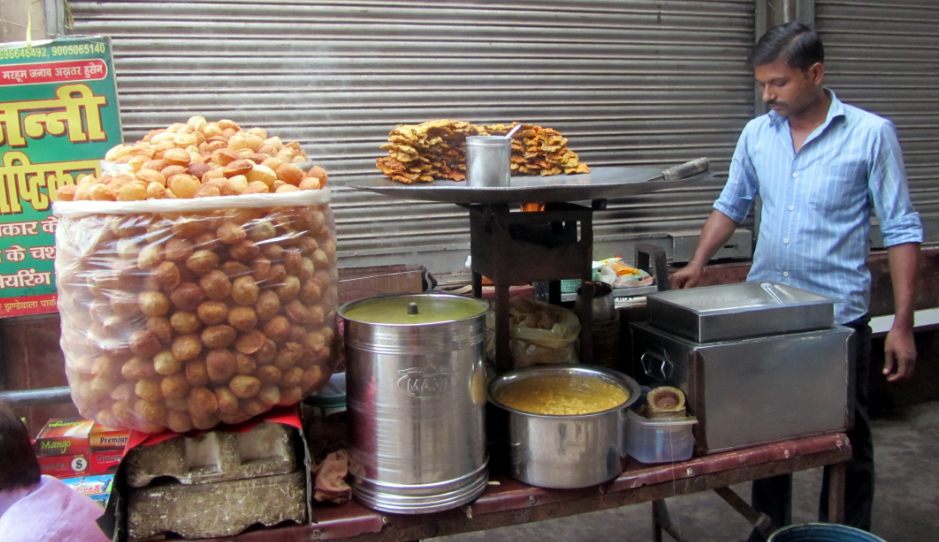 By Air: The Chaudhary Charan Singh International Airport at Lucknow is about 15 km away from city centre and connects the city with all major Indian destinations.

By Train: The Charbagh Railway Station connects Lucknow with rest of country via extensive rail network.

By Road: Luxury, deluxe, Volvo and state buses are available from Kanpur, Delhi, Agra and Varanasi.

This story appeared in the Oct-2017 issue of Discover India magazine here: Lucknow