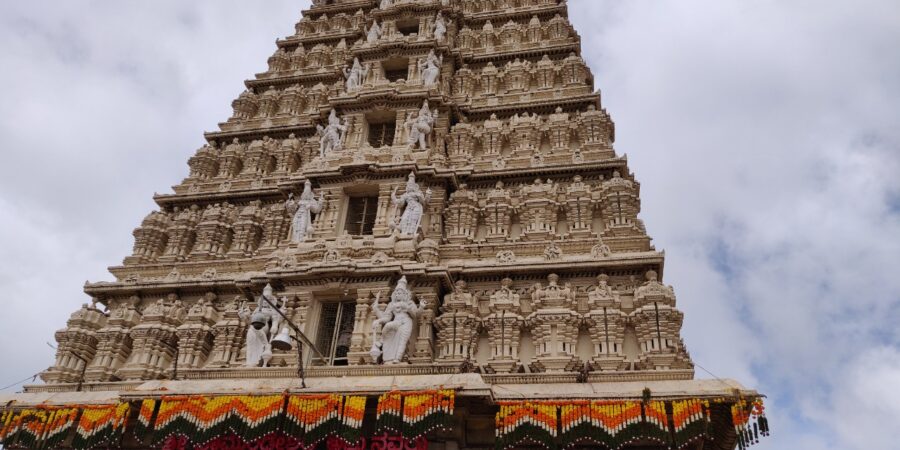 The ten-day Dasara festivities in Mysore are a celebration of all things traditional with the royal family also continuing the legacy that dates back several centuries.

Mysore is a city that I have visited many times and it is probably a city that is infinitely charming. A city with royal connections, the City Palace or Amba Vilas Palace may be its calling card, but it is only an indication of what the culturally rich city has in store.

Locally called Nadahabba or state festival, the Mysore Dasara festivities have religious significance and in fact the name of the city has its origins in Hindu Mythology and a story that is inextricably linked to the festival. Mysore is home to the famed Chamundi Hills that has a temple dedicated to Goddess Chamundeshwari (or Durga), patronized by the royal family.

It is said that the Goddess battled for nine days with a demon Mahishasura and killed him on the tenth day which is celebrated as Vijaya Dashmi. The name Mysore is believed to have originated from Mahisur that later changed to Mysore or Mysuru as the city is now known. The Dasara festivities are a celebration of good over evil and the oldest evidence of the festivities go back to a Persian ambassador’s book written in the 14th century.

Mysore is known for several eponymous food items like Mysore Pak, Mysore Bonda and Mysore Masala Dosa among others and food naturally is an important part of the Dasara festivities.