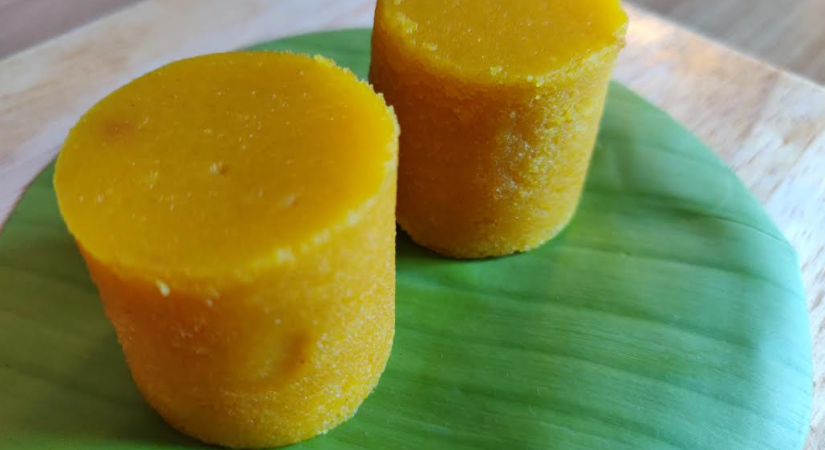 The legendary Mysore Pak of Mysore has a royal connection with its origins in the palace kitchen over 100 years ago.

A small motley crowd had already gathered at the hole-in-the-wall store in the bustling Devaraja Market in Mysore. Notwithstanding, I reach out my hand to be given a hot piece of Mysore Pak on a newspaper. Popping the piece in, I feel a wonderful explosion of flavours chickpea flour, sugar and ghee come together in a delightful mélange transporting me to culinary heaven. I am after all at Guru Sweets, a store that sells among other sweets, the legendary Mysore Pak that was invented in the kitchens of the Mysore Palace. The family of Kakasura Madappa who is credited with inventing Mysore Pak still runs Guru Sweets.

Post a controversy surrounding its origin, the family is planning to apply for a Geographical Indication (GI) tag in the future. The next generation is currently pursuing their education but do help during their holidays. A sweet that is not just an ode to the royalty of Mysore, the Mysore Pak is also a lot about nostalgia and a sweet that connects the past to the future.