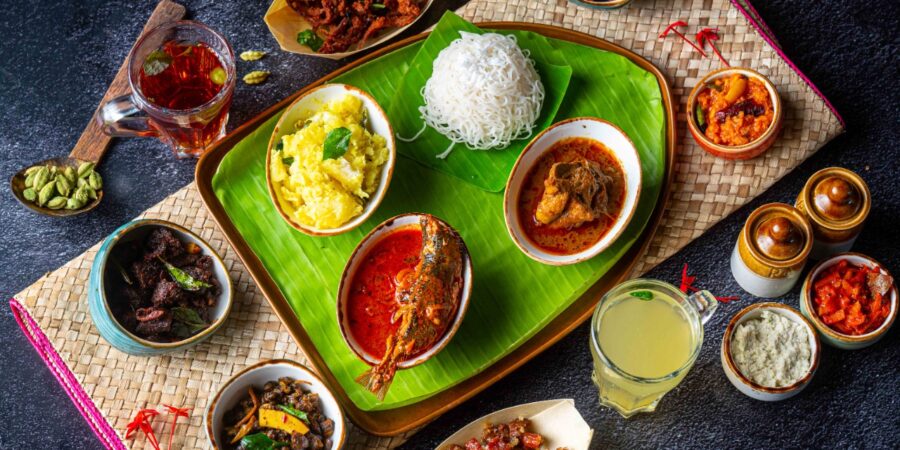 The cuisine of Kerala is an interesting mélange of taste and flavour that makes for a compelling taste palate.

Kerala cuisine is an amalgamation of various cooking techniques using hyper local ingredients. Over the years, the cuisine has managed to take and incorporate the best techniques to form the cuisine as we see it today. This is also a reflection of the fact that the cuisine has been good at adapting and adopting to new trends, while sticking to locally available ingredients.

Kerala cuisine has been witnessing a massive change in the past decade. The influx of the migrant population, a vast expatriate community, a large population of Gulf returned Malayalee’s and the very recent pandemic has influenced this change. Malayalee’s have always preferred their traditional home cooked fare over restaurants any day.  The meteoric rise of Arabic restaurants across the state is proof of how much influence the Arab cuisine has. Kerala has a large migrant population, who crave their authentic dishes.

Kerala cuisine offers a multitude of both vegetarian and non-vegetarian dishes prepared using meat and seafood. No meal in Kerala is completed without an excellent non-vegetarian dish on the menu. Kerala cuisine has been influenced by various cuisines like Arabic, Portuguese, Jewish, Indonesian and Tamilian cooking. New age chefs with their knowledge, are exploring smaller though newer formats. As a result, there is an emergence of smaller cafés, bakeries, and home baking establishments that are adding a whole new dimension to the gourmet culture of the state.

Food plating, styling and recipes may change from time to time, but the dish’s authenticity remains the same. Modern chefs or chefs of the latest generation bring a lot more creativity and innovation to the table by enhancing the food presentation and garnishing techniques to make the food look Instagramable.

The women professional chefs are a big part of the culinary fabric of Kerala. The ladies preserve the traditions and the old recipes and keep them alive across generations. Chefs from other parts often take inspiration from the cuisine in terms of flavor profiles and techniques and use them to create contemporary dishes.