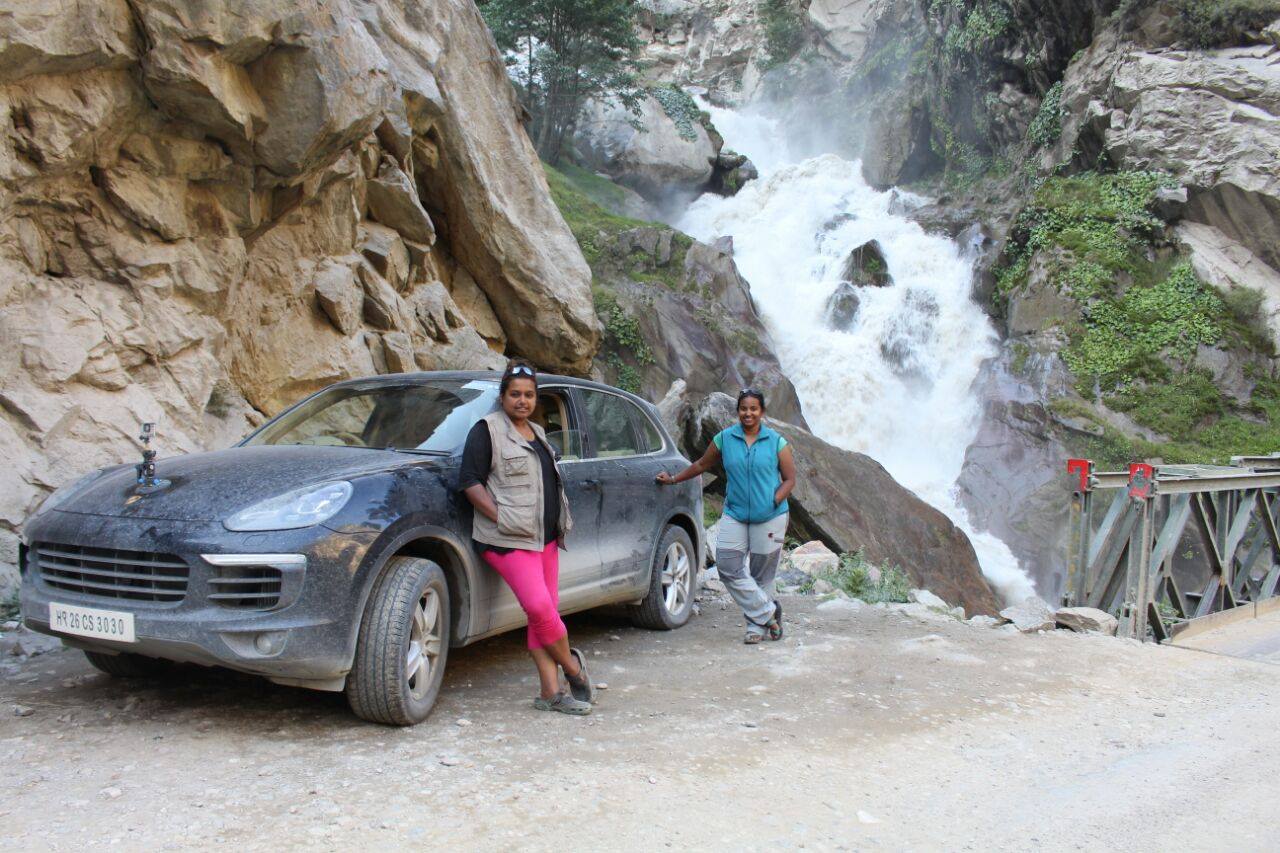 If you thought racing was a man’s domain think again. Women have invaded this space that was once thought to be male oriented. And how! In fact encouraging women to think beyond what is considered normal has been the fundamental driver in Nidhi Tiwari life who aptly runs a firm called Women Beyond Boundaries (WBB). She is now associating with Porsche India to showcase the capability of the Cayenne in Himalayan territory. “We approached them with the concept and they almost immediately decided to partner on it, as Porsche was very keen to support an initiative such as this that showcased women’s empowerment, women’s health awareness and some of the most unique motorways in the world.”

Nidhi says she comes from a regular Indian family and it was her mother who wanted her to become a strong and independent woman and encouraged her to trek, hike and camp, so all this happened early in her life. “I went on my first Himalayan expedition at the age of 11. I grew up in Bangalore and my childhood was spent hiking, trekking and climbing around the Western Ghats. I went on to study outdoor education and became a full time adventure trip leader. The need to push yourself was inherent in the way I led my life. Post marriage, the medium changed a bit. I started jeeping and driving. I loved the medium and have been trying to push self and machine, go beyond boundaries with the vehicle for the last 12 years now.” 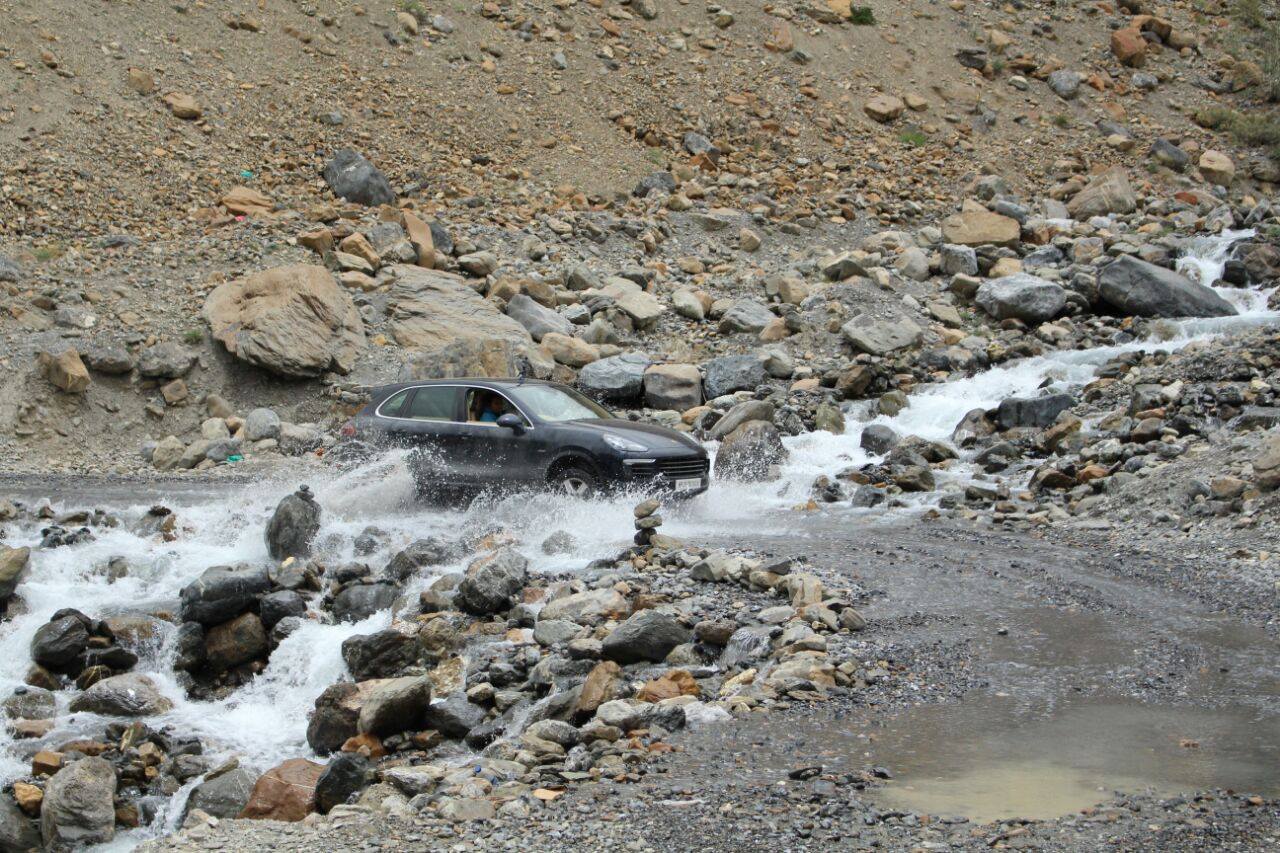 Off The Beaten Track

Quiz Nidhi if she has consciously chosen a path that is offbeat and she says that she does not look at it like that. “I just think each of us is wired in our own unique way. I don’t see it as off-beat, but this is my calling and what I enjoy most. I have gravitated to the outdoors since the time I was young. But I guess my training and education have ingrained in me the need to focus on challenge and growth.” Incidentally even in WBB, the focus is to challenge oneself, push boundaries and grow from within. “Like we say, WBB is about journeys both within and outside. WBB uses extreme overlanding (XOL), to showcase ability, capacity of the driver. So if women can do extreme overlanding, it demonstrates that all physical, mental barriers can be moved beyond.” Again being a woman in a male dominated field seems harder but Nidhi says it is time to move beyond clichés. “Initially I guess you are viewed through the stereotypical lens. But once your abilities are out there for the world to see, you get treated as per your competence. I feel it is time we rise above the men/women tag. As a driver, I truly believe that my skills are gender neutral. There is no such thing as a good woman driver and good male driver; a good driver is a good driver. Period. I don’t want concessions because I am woman and neither do I want be treated differently because of my gender.” 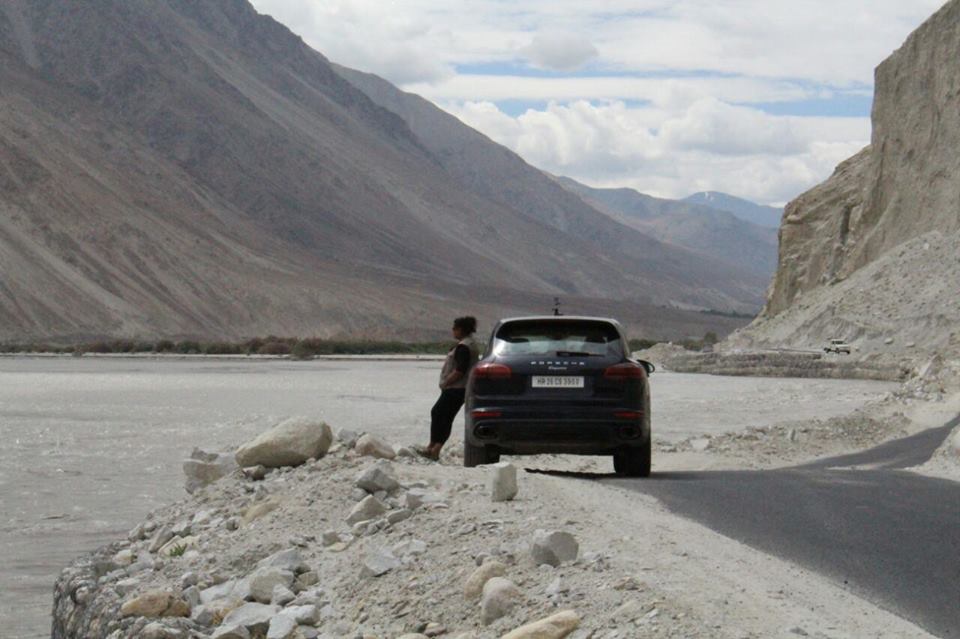 Nidhi finds inspiration in the mountains as she finds that being in the mountains a spiritual experience. She is a mother to two boys and her husband is in the Army. “All three have been a constant source of encouragement.  From family, to friends, to work – it makes a huge difference when there is a circle of positivity and support. It makes the task so much more enjoyable and satisfying. I have been very fortunate on this account.” She considers driving is her passion and enjoys every minute of it and says she does not see it as work at all. Besides driving, I enjoy some bit of photography, love the time with my dogs and I must confess, do enjoy some arm chair debating in front of the TV.” Women Beyond Boundaries embarked on India’s first trans-arctic expedition in January 2017. “We will be embarking on at least 2-3 such XOL drives. The Arctic expedition will face significant challenges, ice roads, temperatures dropping to -60 degrees or lower, scanty or virtually no habitation, navigation and logistics but the core intent is to not just showcase the invincible human spirit – sheer grit, determination, skill, ability, resilience and endurance, but highlight the significance of mobility of women for true empowerment and also find out some mobility options being adopted by women in the Arctic communities,” concludes Nidhi.

This story appeared in the Oct 29 issue of Femina here: 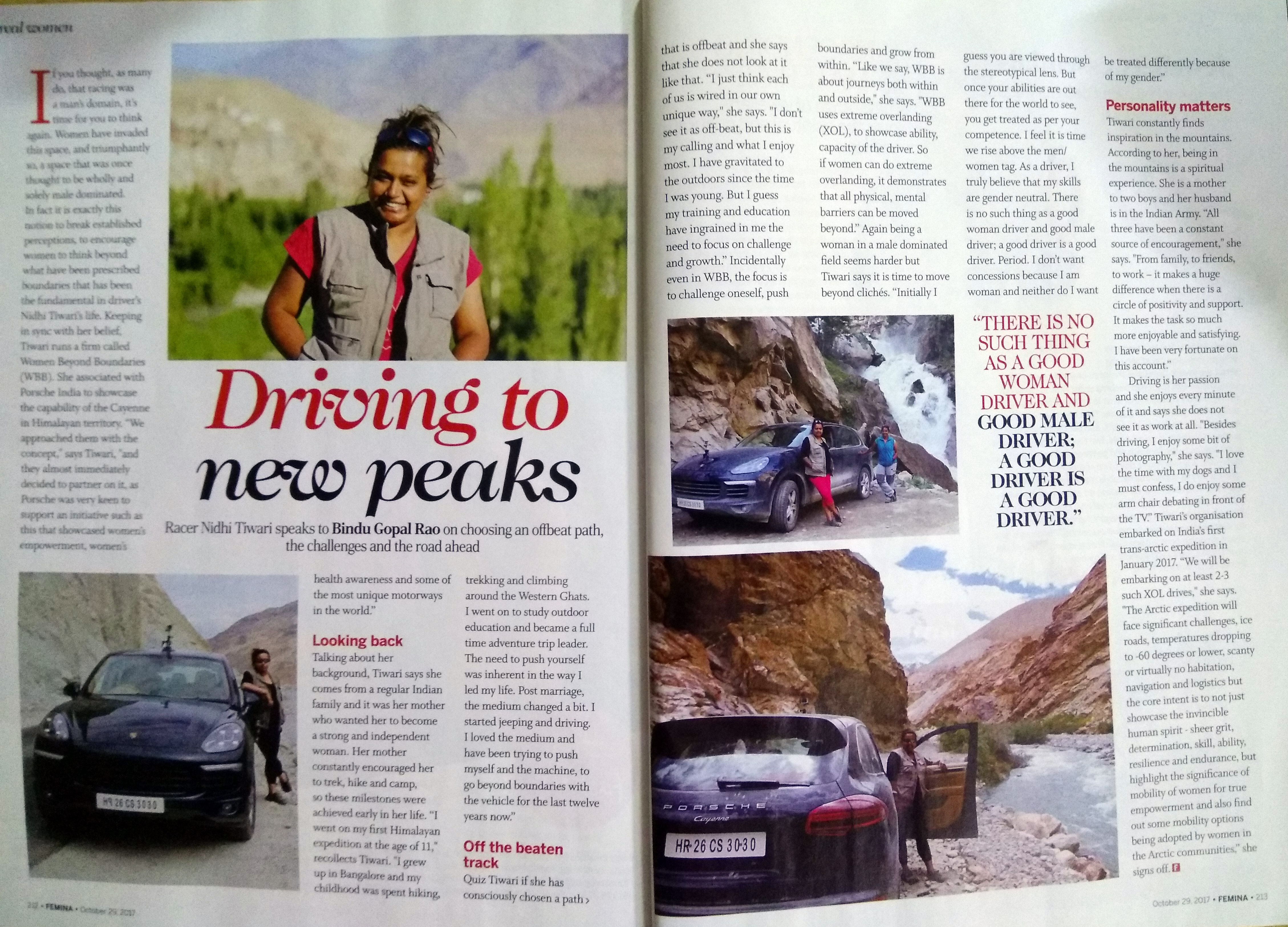