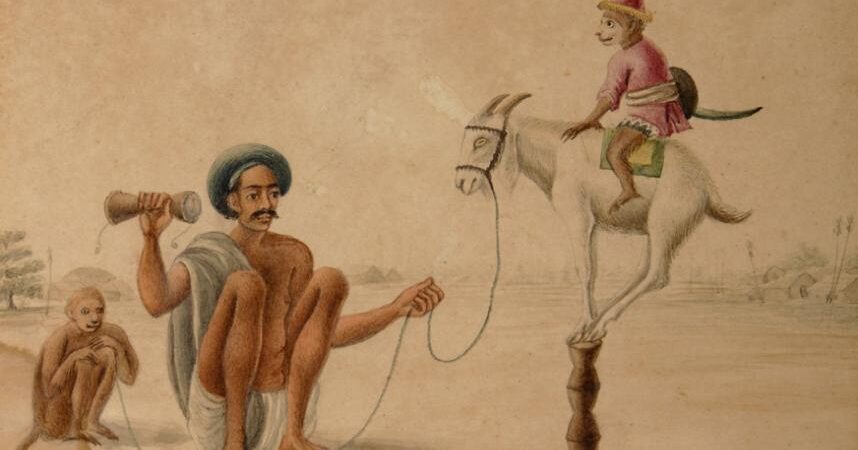 Company Painting-Visual Memoirs of Nineteenth Century India is a hybrid style of painting that merges Indian miniature paintings with the realism of European paintings.

Do you know how Indians lived in the 19th century? Do you want to understand how Europeans influenced Indians and their living styles in this period? If you answered yes to either of these questions, you could find answers at an exhibition that will also tell you many stories of the resilience of many unknown and known Indian artists.

The exhibition and catalog are divided into eleven sections, Splendid Indian Maharajas; Indian Aristocrats; Portraitures of Women; Indian Architecture; Europeans in India; Processions and Ceremonies; European Print and Indian Painting; Many Paths, One Reality; Indian Deities, Trades and Professions; Vignettes of Everyday Life; and Studies of the Natural World.

Delhi’s National Museum, you can take a trip down 19th century India, through a series of artwork called ‘Company Painting’ that captures various aspects of Indian life at the dawn of modernity.

The catalog is significant for it brings forth the Indian perspective on Company Painting as until now the major work on Company Painting has been done by western scholars. Most of the contributors in the catalog are young emerging scholars and professionals who attempted to narrate the stories depicted, thus empowering the subject with context. This has been a significant methodological departure.

Read the full story that first appeared on The Chakkar here: