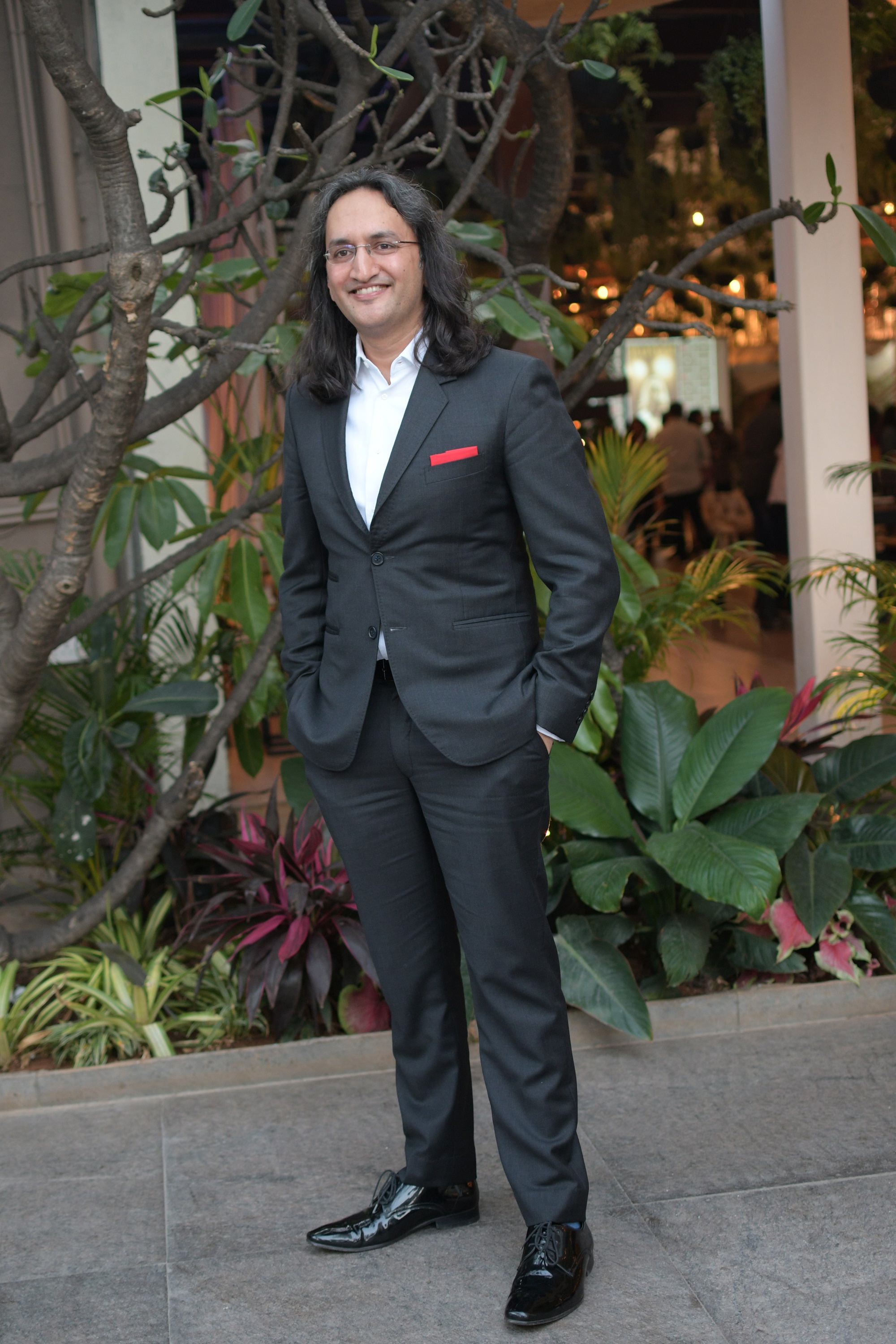 International standup comedian Papa CJ’s memoir Naked traces his life from Kolkata to Oxford with the same humour and candidness that his standup comedy shows have.

For someone who has been hailed as ‘the global face of Indian stand-up’ and ‘one of the most influential comedians around the world’, Papa CJ has always believed in taking the unchartered trajectory. He quit his corporate job to doing comedy after visiting the Edinburgh Fringe Festival in 2004 and has been awarded as Asia’s and India’s Best Stand-up Comedian. He tells us more in this exclusive tête-à-tête at Merak in JW Marriott Hotel Bengaluru.

Your book is named after your eponymous show. What made you write your memoir?

To be honest the publisher came to me after they saw the show and said this must be a book. To be honest I had zero motivation initially; After all you write a book because there is money in it but we know there is no money in publishing. Or you write a book because you have a story that you are dying to tell and I tell my stories on stage where there is instant gratification. With a book however there was a long gestation period. But what really motivated me was the fact that the medium of writing offered me the luxury of having a lot more richness and detail. The nature of standup is that we remove every extra word so that we can get to the punch line as soon as possible. Luckily my editor has not really touched the book and I can take the flak completely if it does not work. In fact I wrote the first draft in ten days and my editor returned it saying there was not enough pain in it. And this helped me dig a little deeper and uncover layers of emotion. My closest friend Chetan told me this is a book that is about your life and your life is not a joke. He said I want you to write a book that my daughters will be inspired by so I intentionally focused not to force fit jokes as I did not want to get in the way of the narrative.

How hard was it to put out everything about yourself in the book?

It is a daunting task for a first time author, because it is not a piece of fiction. Even when I am doing standup, I am still being vulnerable on stage but the audience is in front of me. So I have some limited ability to still adapt and have some effect on how they process what I am presenting to them. With the book, I did not have that. In November as part of my Happiness project I spent an hour speaking to people without being judgmental and I found that today people are so lonely. And this world of social media has created this need for external validation where there is no human connection. With Naked I found that the audiences were connecting with me at an emotional level and I felt I owed it to my reader to give the same experience. We all go through the same emotions and while they read my story, I want them to reflect on their lives.

What has been the best feedback you have received on your book?

People have said they have both laughed and cried when they have read the book. There have been a lot of positive messages.

You are exploring a screen adaptation and audio version of the book, tell us more.

My publisher has print and ebook rights for India. Audio book I am in talks with Audible on closing it out as the when you read the book will feel like I am sitting next to you and talking to you. It is very arrogant to think that someone must make a movie on my life but fif the story is strong enough I am happy to explore it.

I could play myself (laughs) but I always thought that Imran Khan has a very good sense of comedy.

What attracts you to standup comedy?

It’s the high of making people laugh. Over time you learn that different kind of audiences enjoy your show differently. The test of an audience is not how much they are laughing and clapping but when you pause how much silence there is as then you know they are hanging on to every single word.

Do you believe Indians have a sense of humour?

Yes one hundred percent, I have been making a living doing standup comedy for the last 12 years. When you start you do easy jokes, observational comedy and then perhaps veer to shock comedy but eventually you have to be funny. They say it takes you 10 years to find your voice in comedy and your audience will find you.

I am not the guy who has a plan but I am the kind of person who is always open to possibilities. I am genuinely motivated by trying to bring joy to others and uplifting people. So, I would like to be able to do that in whatever capacity, I can.