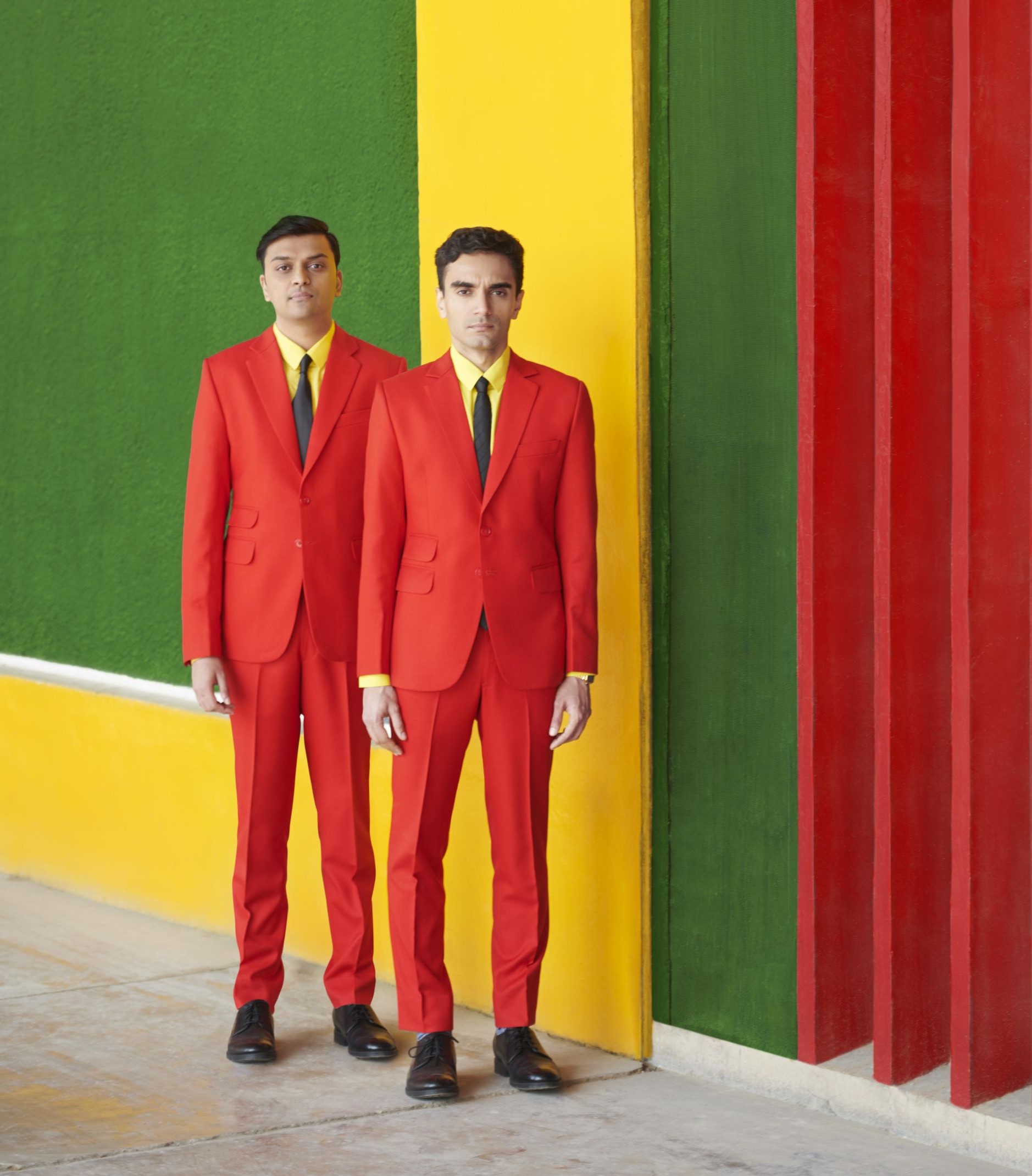 Pop music that is as un-Indian as you think, yes it is possible and this is something that Indian dream-pop duo Parekh & Singh are known for. Staying clear of typical sounds that dominate the Indian music scene, the Kolkata based duo has made a mark for themselves since the release of their debut album Ocean in 2016. The artists who make winsome pop music through their sweet, guitar-driven pop has already seen them receive acclaim from the likes of The Times, The Guardian, Billboard and Rolling Stone. The combination works well as Nischay Parekh sings, plays the guitar, keyboards and synths while Jivraj Singh plays drums, drum machines and effects. They have just released their second album, Science City and they are kicking off this season on a four city India Tour in May 2019, followed by a UK/ Europe this summer. This tour will bring a musically rich and beautifully curated experience as the audience revisits and reminisces of simpler days and nostalgic memories of growing up, basically a multi-dimensional exploration of time, art and emotion. Science City is the name of a slightly off-kilter edutainment complex that is a part of school life for anyone who grows up in Kolkata. If their debut Ocean conjured a lush landscape populated by magical creatures, Science City sees the sharp-suited star-gazers materializing in another dimension – a retro-future world of doctors and scientists, quantum mechanics and plans to unlock the secrets of the universe. With Science City, Parekh & Singh have committed 11 of the freshest, dreamiest pop tracks to the world. “For us, music is a form of work, play, exploration and communication,” explain the duo. 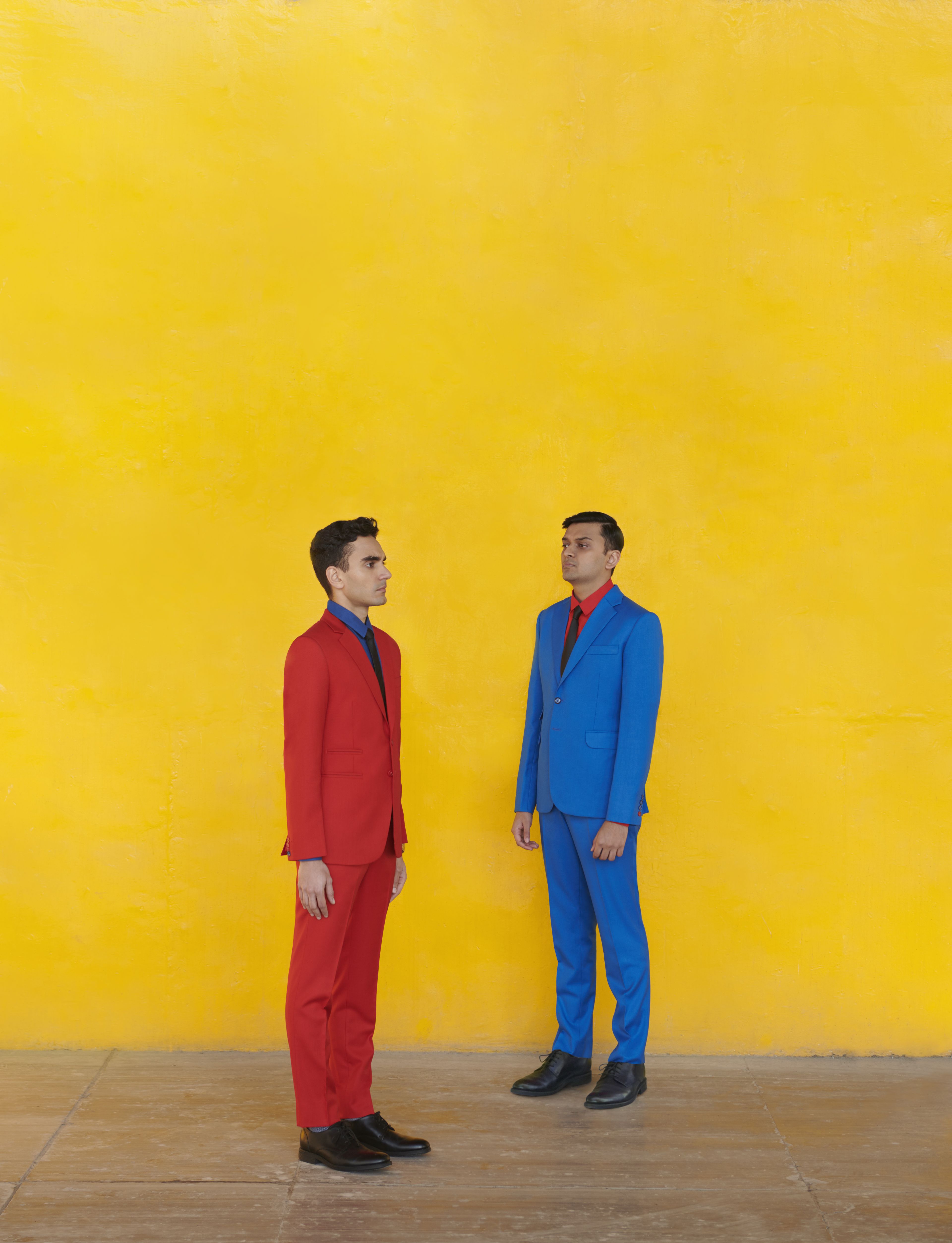 Looking back at their music journey to date the duo say, “we both grew up in households where a lot of music was listened to and valued. Nischay started writing songs early on and then went to Berklee College of Music, before returning to Kolkata to pursue music full time. Jivraj started playing music with his parents’ bands after finishing school.” Parekh & Singh began working in earnest as a collaborative duo in 2012. The duo met by chance at a birthday party about ten years ago. They started working with a more coherent focus a couple of years after that and have since been cultivating their friendship and creative partnership on an almost daily basis ever since. Quiz them on what makes their music unique and they quip, “all we can say is that we enjoy making music in as playful and genuine a way as possible. Our sound is a direct result of who we are at each point in time and motivation is the pure fun of making and sharing music.” Looking ahead they plan to make more music, videos, objects and ideas. “We want to meet as many people as possible through our work; eat amazing food all over the world and spend more time in nature.” The performance in Bangalore this weekend will be all about the music of Parekh & Singh, rendered through the unique dynamics and technology of a live show. So get ready for an evening of all things music. 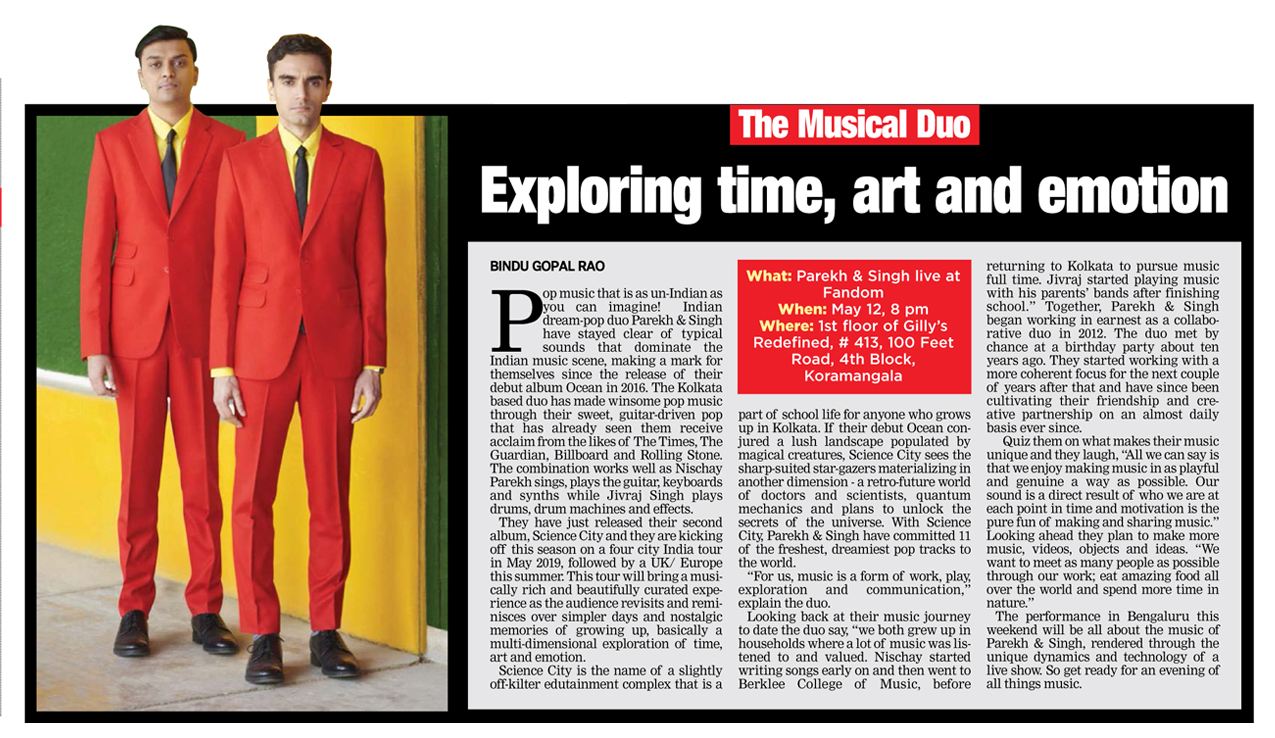