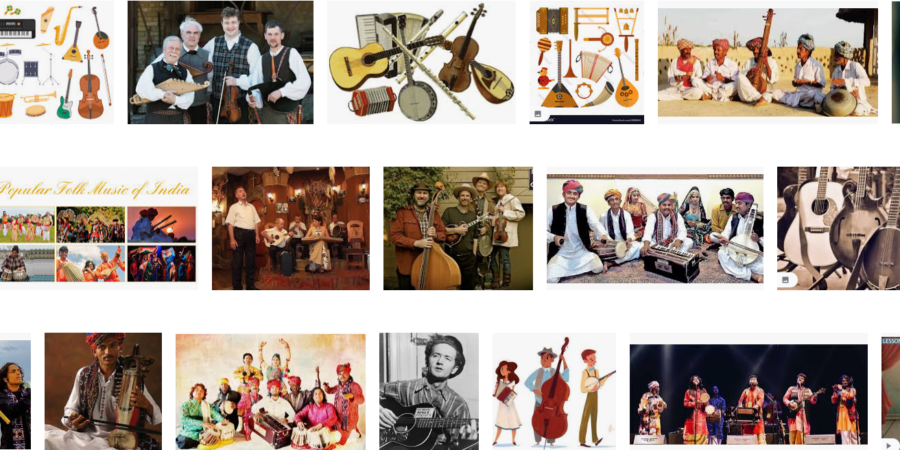 Traditional folk songs which have been intrinsic to the cultural tapestry of India – from a jovial ‘Ladli do do chike dalan’ to melodious ‘Rangi Sari Chunariya Re’, folk music and folklore have long been looked upon by natives to celebrate and express to express joy and festivity so much so that they have become an integral part of the social milieu. Folk songs were revered as it not only provided entertainment, but also acted as a carrier of passing the critical information from one generation to another. As a matter of fact, earliest records of Indian folk songs are also found in the Vedic literature, dating back to 1500 BC.

Uttar Pradesh, in particular, has a strong and diverse tradition of folk songs and dances. Chithara village, a semi-urban village with a total population of 7,656 across 770.78 hectares (app. 8 km2) in Dadri is one such village that has as many as 193 folk songs with overtones from all communities, ranging from Aarati, Bhajan, Bhet, Dhola, Geet, Kissa, Ragini, etc. A group of researchers from Shiv Nadar University, stumbled upon this cultural abundance during their research for an on-campus Biodiversity Documentation Programme.

However, the team also discovered that with the influx of gadgets, technology and instant entertainment capturing most of attention of the village youth, this cultural cache is on the verge of being lost forever!  The team, led by Dr. Jyoti Kumar Sharma, Professor and Head, Center for Environmental Sciences & Engineering (CESE) from Shiv Nadar University are now helping villagers contain this culture drain through documenting folklore and songs for the current and forth-coming generations.