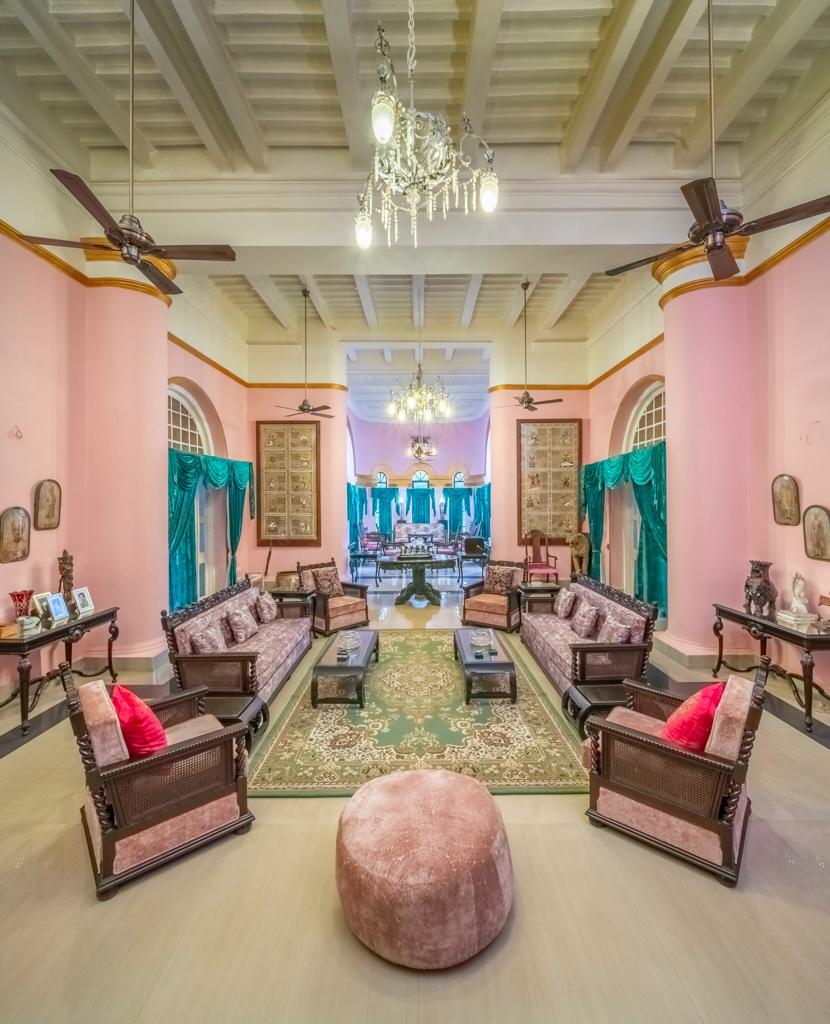 While the Royal Raj may have ended, its custodians and scions are continuing to work steadfastly towards ensure their culture, heritage and art are conserved and traditions are still being kept intact.

As a front runner in conserving heritage and culture, Udaipur’s royal family has been working steadfastly towards the cause through the Maharana of Mewar Charitable Foundation (MMCF) a Trust that took shape way back in 1969. At the fourth edition of the World Living Heritage Festival 2018 the focus was on how one could conserve heritage. Interestingly a key point made was also the fact the heritage consists not just of tangible but also intangible heritage. Towards conserving this heritage, the Trust has several events that are aimed to revive and revitalize arts, crafts and traditions from the past. “Heritage today has come to a stage where it is recognized and accepted and is a brand by itself. We need to engage with more younger people to make heritage relevant and it is question of drawing it out and presenting it in a way that everyone understands it,” avers Shriji Arvind Singh Mewar of Udaipur, the 76th custodian of the House of Mewar. At the City palace that houses the museum that is open to the public, there are regular events like Holika Dahan a traditional festival on the first day of Holi, Kartik Poornima and Ashwa Poojan, that is a tradition of praying to the royal horses. In fact there is only one family of swords smith or Sikligars that are currently working on restoring the swords in the armoury using traditional methods. The Palace is also working on showcasing traditional textiles like Dabu printing an Indigo resist block printing technique from Akola, Khari printing a tinsel printing technique from Udaipur and embroidery techniques like Danke ka kaam (metal plate embroidery) also from Udaipur.

Likewise, Maharani Raseshwari Rajya Laxmi and her family from the royal family of Jaisalmer are leaving no stone unturned to ensure their heritage is preserved. “In 1992, HH Maharawal Brijraj Singh revived the Gangaur Festiva- one that is integral to the history of Rajasthan with a special place in much of the folklore. It is colorful on nature, processions and religious traditions are of much interest to tourists especially in Jaisalmer where the Maharawal, on horseback escorts the Goddess Parvati followed by the procession, from the fort to the Gadisar lake. Ever since it’s revival one has seen tourism peak around the time with this being the period of maximum tourist turnout. Also in 1992, he made efforts to revive the festival of Dussehra which involved the local population participation. Leaders and Rajput Heads from all the villages attend the ceremonies. In 1998, the Maharawal also established the Jaisalmer Foundation Day- highlighting the day in 1156 AD when Maharawal Jaisal founded the Jaisalmer Fort. The day sees an award ceremony in the fort where awards are given for excellence in multiple fields,” says Maharani Raseshwari. The Girdhar Smark Dharmath Trust of the Royal family maintains many temples in and around the Fort. Yuvraj Chaitanya Raj Singh has organised music festivals with the local musicians (Mangniyars) whose roots are Jaisalmer but now are famous internationally. People from all over the world connect on this cultural portal and aspiring musicians share ideas and their talents.

In fact the next generation has successfully taken on the mantle and is ensuring that heritage comes first. Princesses Mrinalika and Akshita M Bhanj Deo, the second and third daughters of Praveen Chandra Bhanjdeo who is the 47th ruler of the Bhanja dynasty, which was formed in the erstwhile princely state of Mayurbhanj, now part of Odisha are taking their legacy forward. “We have just renovated our 200 year old palace in Odisha called The Belgadia Palace, where we are introducing the idea of sustainable and purposeful travel, by which a percentage of funds received by the palace will be used to promote and preserve community led organizations in the theme of education, health, arts and culture/architecture – these are all run by organizations or come under themes which my ancestors have supported. Another example is me and my sister are strong promoters of dying arts which were patronized by my ancestors such as Chhau (martial arts dance form performed by paikas, the class that were the warriors of the Bhanjja Dynasty) and Dokra (earliest known method of non-ferrous metal casting known to human civilization) and black stone carving (made famous by the konark sun temple) where we are in the process of having tourists visit villages where tribal families still practice these arts, so as to instill pride in younger generations so they can practice these dying arts and also help them build confidence that these are arts that can bring sustainable livelihoods in their lives,” says Princess Akshita.  Project Chhauni is an NGO that was started to introduce younger generations to Chhau and has performed in national festivals and the family is closely associated with them and help them in promoting this UNESCO heritage art.  The Mysore Royal family has kept the annual Dasara festivities including the procession called Jumboo Savari alive over the years. The tradition that is close to 408 years old dates back to the 15th century Vijayanagara Empire kingdom. The idol of the Goddess Chamundeshwari is placed on a golden pedestal that weight about 750 kilograms and is carried by a decorated elephant after it is worshiped by the royal family. The royal durbar tradition continues with the royal sword placed on the golden throne too. 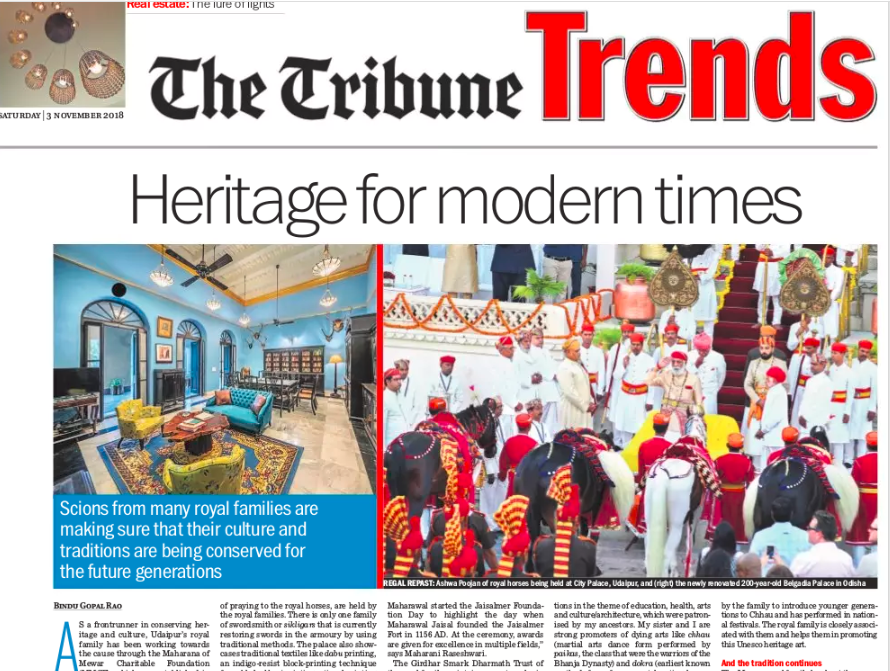