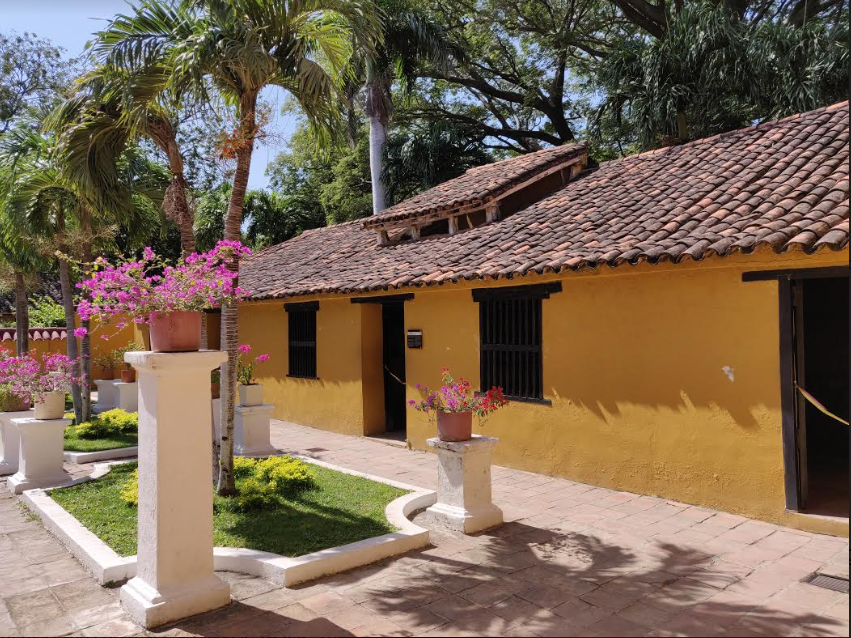 Colombia’s premier beach destination, Santa Marta is a colonial city that has a mix of activities that go way beyond the beach to make your holiday here truly memorable.

Santa Marta was established in 1525 by the Spanish and is on the foot of Sierra Nevada de Santa Marta the world’s highest coastal mountain range. Naturally, the city has a distinctive Spanish flavour and is hot and humid through most part of the year. Santa Marta is a bustling city that wears its heritage proudly. And the one name that you will hear and see almost everywhere is that of Simon Bolivar the person who was responsible for the freedom of the country.

The face of Santa Marta’s freedom struggle, Simon Bolivar was the person who drew up the Bolivian constitution. At the Plaza de la Cathedral, a busy square you can see a large statue of Simon. This square incidentally dates back to the end of the 18th century when the Santa Marta Cathedral Church was completed under Governor Antonio Sampers administration. The square gained importance on the city’s urban dynamics and became the setting for proclamations to the King, religious celebrations, public theater, military parades, political speeches as well as for public officers to take oath. During the 19th century and part of the 20th century, the square displayed bolted cannons on its corners, a welcome shelter from fast passing carriages. The buildings around the square are of Colonial and Republican architecture and have great historical value. The Town Hall Building now houses the District Council. The Cathedral has a beautiful white façade and the inside is expansive with stain glass windows and marble and wooden structures. A small diversion ahead is the Museo Del Oro Tairona Casa De la Aduana or the Customs House where the Gold Museum is located. The two storied house has a central open courtyard and will tell you a lot about the pottery and gold jewellery from this region’s indigenous and colonial past. A bustling market opposite the building is the place where many of the local tribes display colourful handicrafts too.

To know more about Simon and Santa Marta, stop at the historic Casa Quinta de San Pedro Alejandrino. This is also where Simon lived towards the end of his life. Set amidst a large landscape this is where a former sugar mill existed. The centennial collection here has a large number of trees that have existed for more than a century. The ornamental collection of plants here correspond to a large group of plants that are grown and marketed for their attractive botanical attributes including flowers, foliage, size or aroma. If you are lucky you can spot several iguanas here – both male and female. There are a large variety of birds on the premises that of course need a keen eye so if you are an avian fan you are in for a treat here for you can sight parrots, yellow hooded blackbirds and kingfishers aplenty. The main building has a small chapel with a statue of San Pedro Alejandrino, Simon’s bedroom, library, smoking room, dining room, kitchen, bakery and stable. A Centennial room has several objects that were used on December 17th, 1930 when Simon’s death was commemorated. You can also see the sugar mill, distilleries and cellar used to maintain and preserve the barrels of rum here. On the premises is the Bolivarian Museum of Contemporary Art as well. This is where you can see a display of art from artists of the Bolivarian countries of Venezuela, Columbia, Ecuador, Peru, Panama and Bolivia. Apart from the 120 paintings, sculptures and engravings in three permanent exhibition rooms there are also exhibitions of current artists and music and art related cultural events that happen here. The coastal Caribbean area of Santa Marta has many more secrets to uncover and it is for you to take that first step to find out for yourself.

This story first appeared in The Tribuned dated Dec 15, 2019 here: