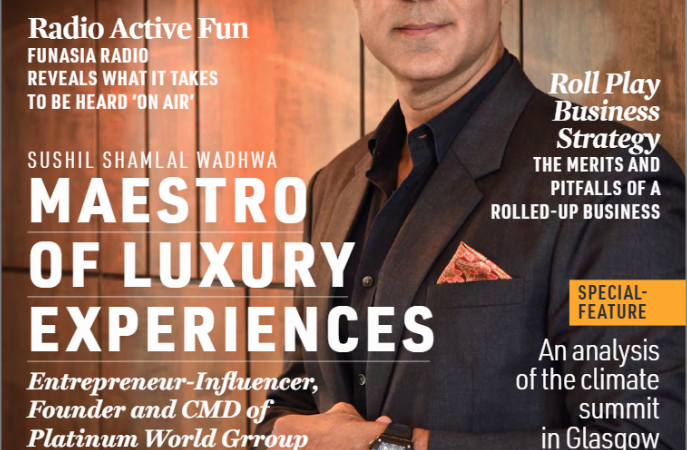 Sunny Ahuja, Business Head (Business Development), FunAsia Radio Network, UAE tells us what it takes to be heard on radio.

Taking the leap of faith to do what he always loved, Sunny Ahuja is today making waves literally as he spearheads what most of UAE listens to on radio with his venture FunAsia.

Born and raised in Bangalore, Sunny Ahuja moved to Pune in 2000. He started working when he was just 16 as part of a BPO sector in 2001. He had to work as his father went through a period of struggle and he was obligated to support his family. After five or six years in the BPO industry, he transitioned as a Western accent trainer, and having saved quite a bit, decided to finally do what he loved doing. “I got in as an intern in the radio industry in 2007 for Radio One Pune and I did that for a couple of months until my boss told me that I was introverted and did not belong to the radio industry. What I had done simultaneously while I joined the radio industry as an intern, was that I also built the module for radio because I had corporate training experience and I started a radio school simultaneously as an intern.”

For someone who had spent six years in the corporate sector he had understood that the education industry was booming. “While I was interning, a venture capitalist said I had a good voice and told me he wanted to use my voice to launch radio school. I started that for him and when my boss got to know, he fired me.” However, this catapulted him to mainframe communications and using his experience in the creative and training domains, he wrote a lot of concepts for television and worked on a TV Show for Zee Café. He then landed an offer in Dubai’s 89.1 radio station and went on to head the station for three years.

Read about his journey in the full story that first appeared in the January 2022 issue of Aspire magazine here: