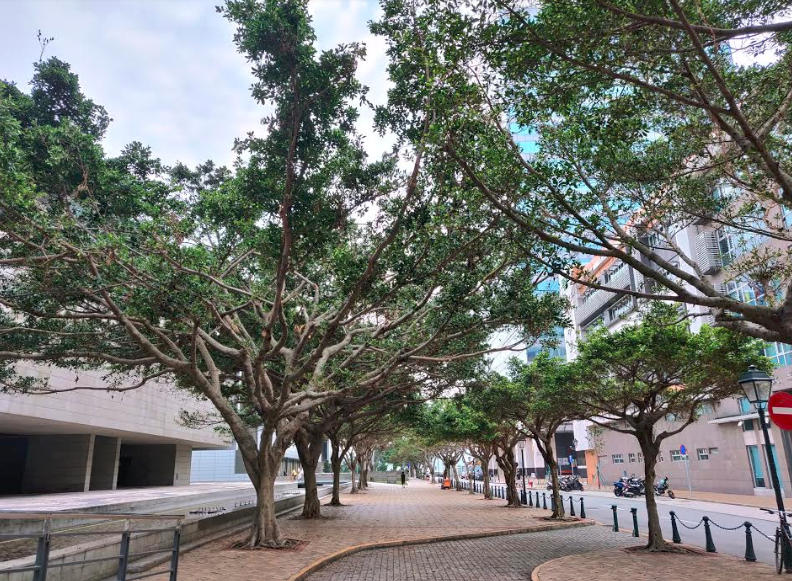 The Handover Gifts Museum of Macao is a unique and one of its kind museum that commemorates Macao’s return to mainland China in 1999.

A beautiful grey façade surrounded by a tree lined avenue welcomes you to the Handover Gifts Museum of Macao. Set over three levels, the musuem’s lobby, entrance and administrative offices are on the first level. The second level is the main gallery that has all the handover gifts and the third level houses an auditorium.  There is also a space on the second level for special exhibitions that are intended to promote the cultural development of the city as well as provide its denizens a peek into Chinese culture and history.

Macao was once called Hao Jing and was a subordinate of Xiangshan County in the Ming and Qing Dynasty. In the mid 16th century, the Portuguese travellers who arrived from the east used it as a place to dry their goods. After the opium war, the Portuguese colonized he region. However after the establishment of The People’s Republic of China, the Central Government worked towards the reunification of its lost territories and Macao was handed back as part of that process. 20th December 1999 was a when the a smooth handover happened and the central Government implemented a ‘one country two systems’ policy in Macao paving the wat for the establishment of the Macao Special Administrative Region that marked the dawn of the new millennium in the country’s history. To commemorate this event, 56 ethnic groups of the Chinese nation gave special gifts in the form of auspicious gifts to Macao that is now displayed here. Each of the gifts is representative of the artistic culture of the region.

Interestingly all the exhibits are displayed in glass cases and there is a detailed note that describes the same including which country has given the gift. Most of the exhibits here are really large too. For instance the gift from the Provincial Government of Liaoning is made from serpentine jade. Called ‘Xiu Jade’ after the place where it originated, the smooth yet firm texture of this jade makes it the best choice for jade carving. The sculpture with nine lions, nine blooming lotuses and a rabbit under a full moon reflects a sense of harmony and reunion both in the heaven and earth. Likewise, a wood carving from the Provincial Government of Shanxi is of the Stork Tower located next to the Yellow River in Gupu a district of Yongji City. The detailed and intricate carving is a scaled down model (1:30) and has a bracket decorated with nine flying dragons and 99 lotuses which represents the good wishes for the reunification. Also check the Provincial Government of Hebei is a beautifully carved filigree inlay technique of nine golden lions holding up a ball that symbolizes the motherland. The ball with 34 pieces of precious stones represents the 34 provinces, municipalities, autonomous regions and special administrative regions of China. The nine golden lions and nine pieces of ribbon represent 1999 the handover year. In fact as you stroll through the exhibits, it is impossible to miss the attention to detail and symbolic meaning of each of the gifts. This place is also a wonderful way to learn about ancients arts and crafts of the various provinces of China too. The best part is that there are no charges to visit the museum as it is free. Getting up close with the cultural traditions of China just got easy at this museum so make sure it is on your to-do list on your next visit to Macao.