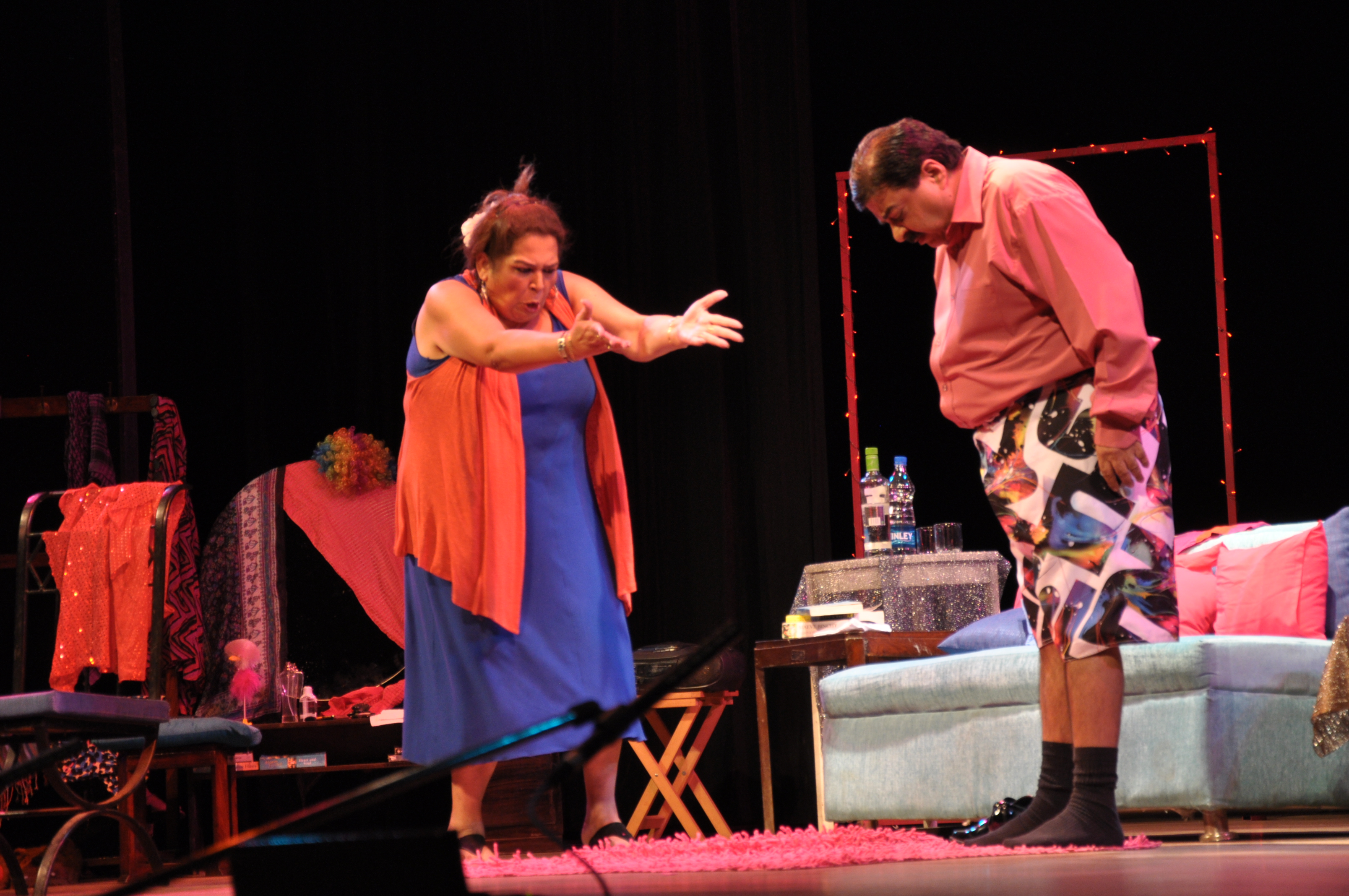 If your idea of an enjoyable weekend is laughing out loud, then this is for you. To celebrate the sesquicentennial 150th anniversary, C Krishniah Chetty Foundation – part of the CKC Group of Jewellers, presents an internationally acclaimed adult comedy The Open Couple that is guaranteed two hours of wit, fun and idiosyncrasy. Starring theater personalities Rubi Chakravarti, Rakesh Batra and directed by Ashish Sen, the play is a take on intimacy among couples. According to Dr. Vinod Hayagriv, MD & Director, C Krishniah Chetty Group of Jewellers, “C Krishniah Chetty Group has a strong connection with art and culture.  We do not forget that a city like Bengaluru is filled with a varied, rich and modern set of citizens. The generations of involvement with the people of the city, we hear, and we respect that the citizens love innovation and theatre with a difference.” 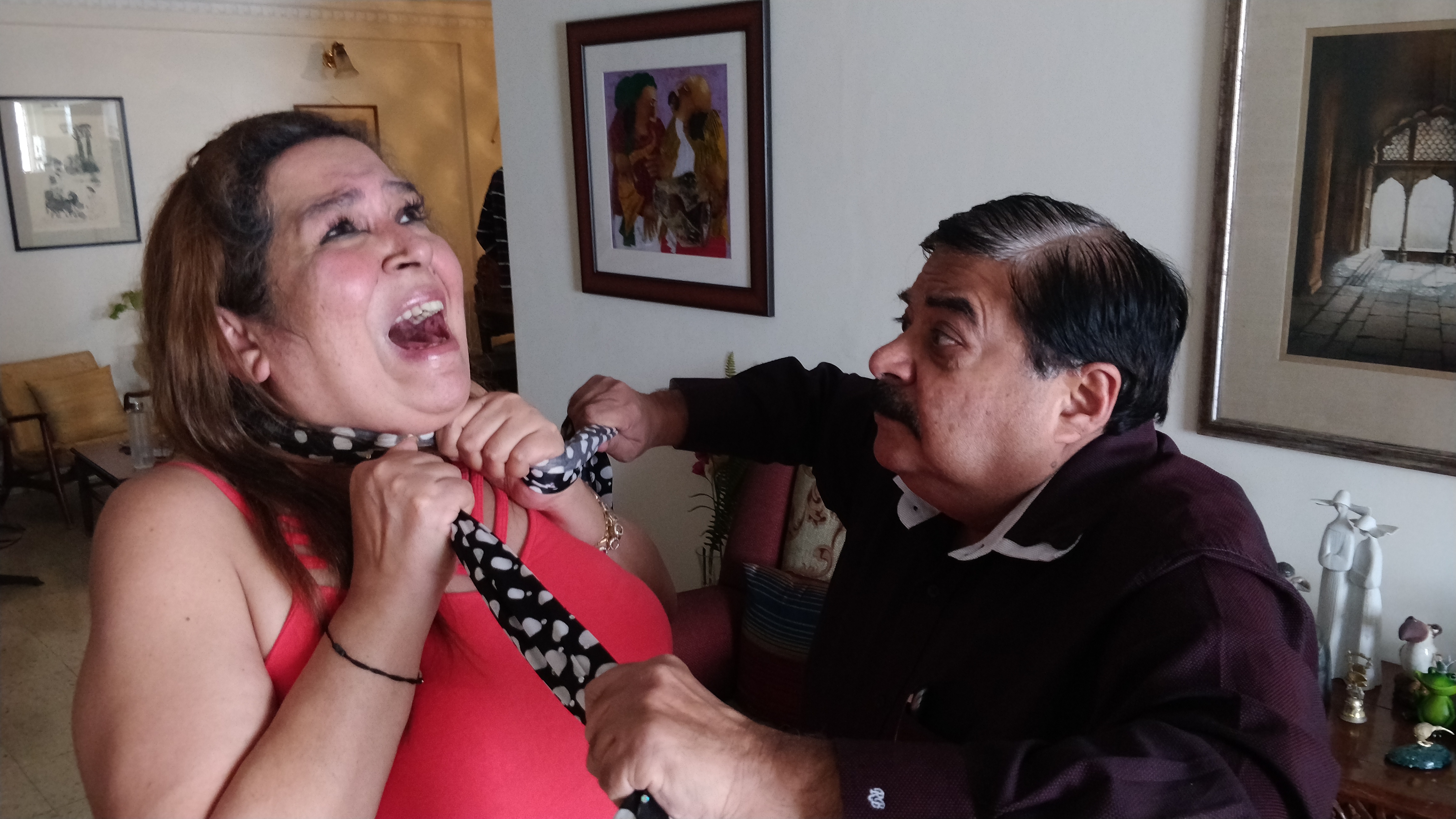 The Open Couple is special both in terms of form and substance. Dario Fo and Franca Rame were one of Italy’s most popular and successful theatre couples and activists. “They were known for their scathing wit and their ability to use the device of farce (often commedia dell ‘arte was used) to make provocative and powerful comments on socio – political scenarios. The Open Couple is one of the few plays written by both contributing substantially to its layered   texture and incisive take on gender issues,” says Director, Ashish Sen. Gender equity and women issues are the key themes of The Open Couple where rib-tickling humour and farce is used to focus on these issues. “Roles are hilariously reversed when a husband and wife take each other to task about the virtues and vices of being an open couple. The result is a laugh a minute rollicking farce which will have you rolling in the aisles and also providing a lot of food for thought,” adds Sen. Rubi Chakravarti, Actor, Columnist, Corporate trainer and Stand up Comedienne who is a key member of the cast has worked with Sen on numerous productions and admits that there is a comfort level between them. “the play is a brutally funny play and I love the dynamics between the male and female characters. I have always enjoyed essaying the role of Antonia, the protagonist, whose character evolves so beautifully during the course of the play. Acting in an adult comedy is harder because the dialogue is more nuanced and tongue-in-cheek and that has to be conveyed to the audience, without running the risk of going over the top. Many times while saying the dialogue, there is an ‘Aha’ moment when I totally understand what the character is trying to convey” Rakesh Batra another key artist says, “comedy by itself is harder whether it is adult or otherwise. Timing is of great essence and with only two characters on the stage and it does make it all the more difficult. The audience will have fun and enjoy the play as much as we enjoy doing the play.” 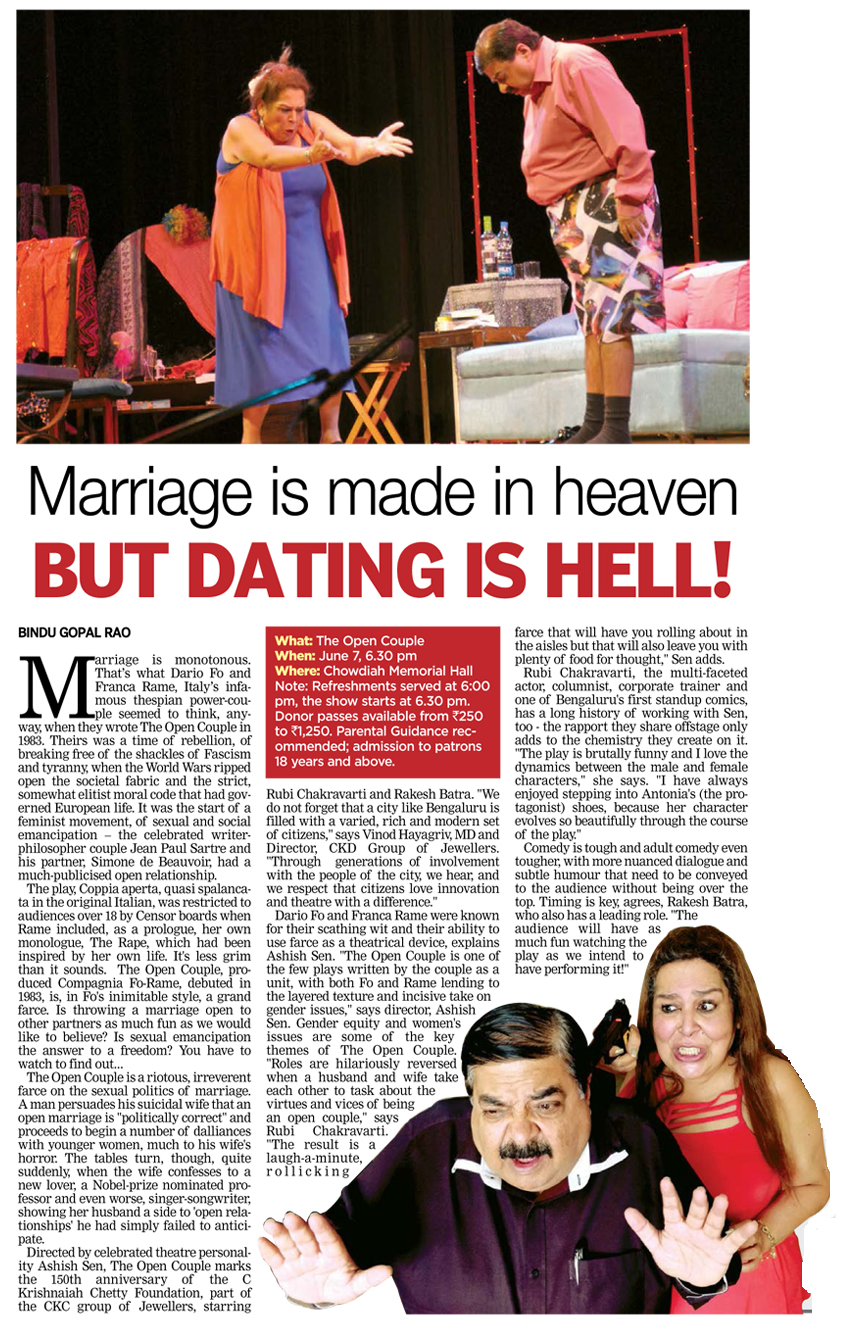