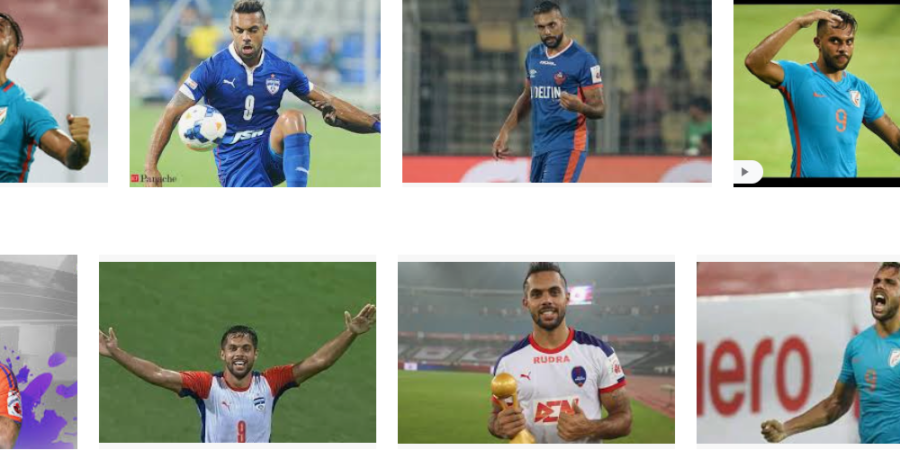 Robin Singh, a forward football player for Hyderabad FC in the Indian Super League spills the beans on his fitness and sports mantra.

“Strength doesn’t come from what you can do. It comes from overcoming the things you once thought you couldn’t” reads a tweet from Robin Singh. This is something that he has practiced in his life which has seen him rise to be the player he is.

Robin’s early days of schooling was at Somerville school Noida where he passionately participated in most of the sports events that the school offered and later moved to St. Stephens school Chandigarh where he got selected for Chandigarh Football Academy by the UT sports department. “I started playing at the age of nine. I began my sporting career playing both cricket and football but ultimately ended up in football. Sport has always been my calling. During my school days I have earnestly participated in all the major sports activities.” However it was football that always fascinated him. “The adrenaline rush and the excitement were the reason I was attracted to football.  Sports has always been a part of my family since the very beginning with my grandfather also being a footballer and being the organiser of the world renowned Durand cup and the Subroto cup till his last breath.”

For someone who was good at both cricket and football, Robin made the choice of football early which he believes has been his first achievement. “My second achievement was when I began my club career in 2009 with East Bengal of I-League and helped them in winning small trophies like Jubilee Cup. I may not have performed well in every match that I played but definitely I have learned a lot from each one. There is still so much more to achieve and I guess I am striving hard for it.” The 29 year old has played in the I-League as well and is currently playing in Indian Super League (ISL). “Playing in the ISL is a great honour as it is the highest club level football our country has to offer. Also with the inclusion of foreign recruits in each team it is a great opportunity to put yourself to the test against them day in and day out be it at training or matches. It is a great feeling to get such tremendous exposure in the country itself.”

Playing at a professional level makes several fitness demands and he admits that each day of training varies from the previous one. “Apart from my fitness schedule I also prefer extra training under the guidance of the coaches where I focus on my shooting drills and re-modelling my movements in and around the box. After which I spend some time with the strength and conditioning coach working on my flexibility.” He also ensures he follows a good diet that usually consists of lots greens, minimal to zero milk and meat. “I avoid eating anything oily or fried and prefer eating lots of fiber and protein. I try maintaining the balance between the amount of calories consumed and the calories burnt.” Like with any sportsperson injuries are inevitable but he admits that with proper strength training, recovery, hydration and diet you can shorten your time to get back to training. “Whenever there is an injury I try avoiding practice sessions if recommended by the doctor and also I get back to task only when the injury is fully recovered.”

Robin has faced a lot of challenges both mental and physical in life and in sport but believes that as an athlete you have to stay focused and be ready for any hurdle. “For example in the match against Sri Lanka during SAFF Championship 2015 I scored twice and helped them to win the title in the same year but on the other hand in the year 2016 Indian Super League season, I played for FC Goa and made 10 appearances for them in that season and scored just a single goal in those 10 games. So there are ups and downs but you have to have faith and believe in your abilities and in your skills and what you bring to the game.”  Naturally, his advice to aspiring footballers is to believe in themselves and their abilities no matter what or how hard it gets and always dream big. “Never ever stop dreaming and give up even when it seems impossible. Set your goals and work hard to achieve them.” Inn his free time he likes to listen to music and is also like DJing and mixing music whenever he has the time. “I am glad that it is my hobby while my wife paints custom made denim jackets which makes her happy and I love to see her happy. When I am not playing, my wife and I like to go for a drive and try to find little nooks in cities that I’m based in and grab a cup of coffee or a meal. If the place is pet friendly then it’s even better as we both are dog lovers. Keeping a box of biscuits in the car is our go to habit as we see a lot of puppies litter and hungry dogs on the street,” he concludes.

This story first appeared in the November 2020 issue of Smartlife Magazine here: