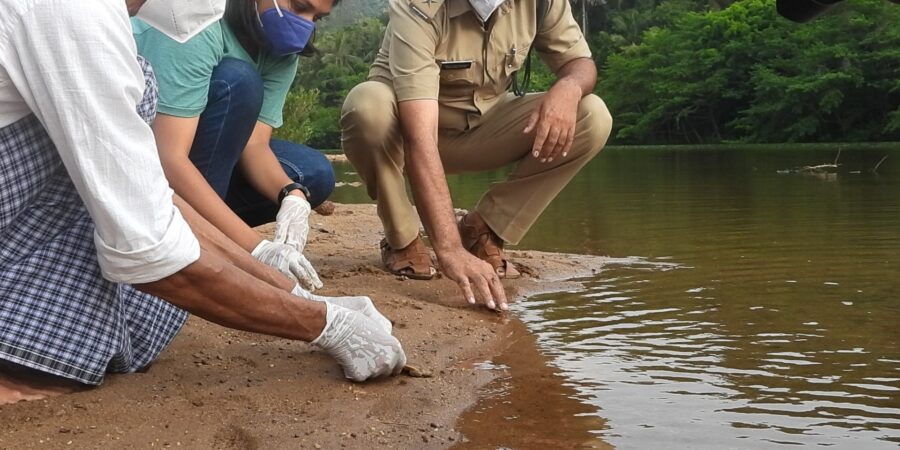 Ayushi Jain is an ecologist and conservation biologist who is doing some cutting-edge work in conserving the Cantor’s Giant Softshell turtle.

Hailing from Agra, Ayushi Jain had no opportunity to visit a national park or a wildlife sanctuary until her late teens. It was the frogs and lizards in her backyard that always intrigued her but a career in wildlife and conservation remained a distant dream.

She joined a bachelor’s program at Dayalbagh Educational Institute in Agra to study Zoology to learn more about wildlife. It was during this time that she realised that one could pursue a career in wildlife ecology and conservation.

The 140-year-old species of the dinosaur era is highly threatened due to many anthropogenic activities like poaching and habitat destruction and is at the risk of extinction.

Cantor’s giant softshell turtle is one of the largest softshell turtles in the world with very little knowledge of its biology and ecology. It is the most widespread softshell turtle species in Asia which occurs in as many as 11 countries. The species spends most of its life buried under the riverbed and can go long intervals of time without surfacing.

This secretive behaviour of the species makes it extremely difficult to spot and study the animal. Unlike most freshwater turtles which bask during the day, this turtle does not seem to exhibit the same behaviour. Due to the species’ habits, the sighting of the species is extremely rare. Although distributed widely, scientists believe that the population are continuously declining throughout its range due to the increased anthropogenic pressures on the habitat of this turtle.