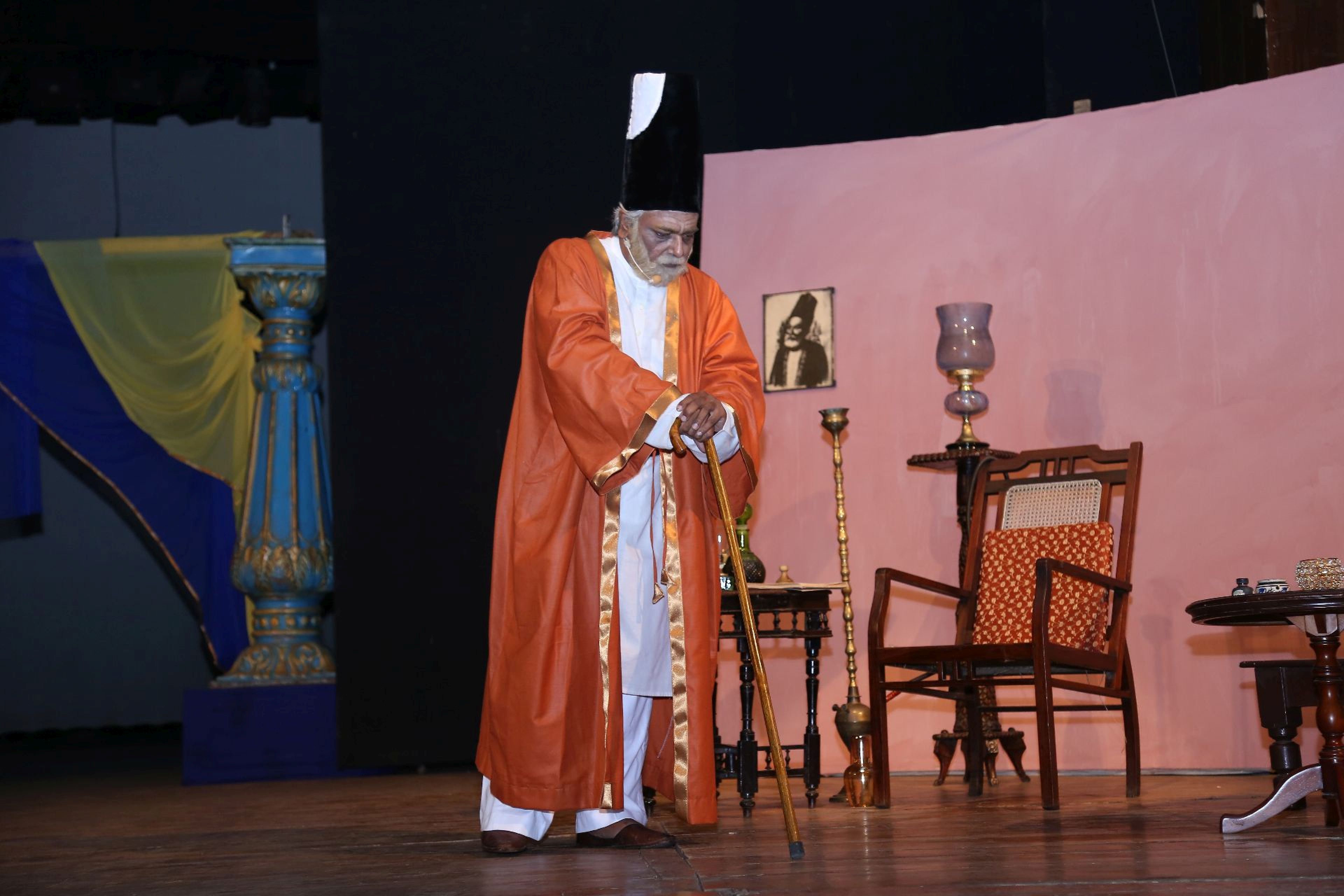 There is something magical, poignant and nostalgic about Mirza Asadullah Khan Ghalib or Ghalib as the world knows him. Among one of the best known poets of the subcontinent, he was part of Moghul Delhi’s twilight years. A proficient writer, he was also a gifted writer apart from being an excellent Ghazal writer. Known for his sense of humour, amiable nature and liberal thoughts Ghalib was a legend in his life and after too.

This week you can come up close with the maestro through two shows of ‘Zikr-e-Ghalib’ a show that takes you on a nostalgic flashback when Ghalib finds copies of his letters and an unfinished biography in conversations written to his friends and family. The show is being presented by Zafer Mohiuddin an architect, Urdu & Hindi Playwright, actor and director through his Kathputliyaan Theatre Group. “When I was in school I was attracted by films. And once I saw a play in Hyderabad in my holidays because the place I belong to in Raichur did not have any auditoriums and there was no theatre as such. But when I went to school, it started growing on me that I must do something so I started writing. When I joined pre universty, I wrote comedy plays, whatever I saw around and people started liking it. When I came to Bangalore for my Architecture I was exposed to Kannada theatre first with the group Samodaya and subsequently English theatre through the Bangalore Little Theatre (BLT). There I learnt the craft of theatre. Lights, sound, the discipline of stage, and met stalwarts like MS Sathyu, Girish Karnad, Prasanna, BV Karanth which started my journey of theatre,” reminisces Mohiuddin. 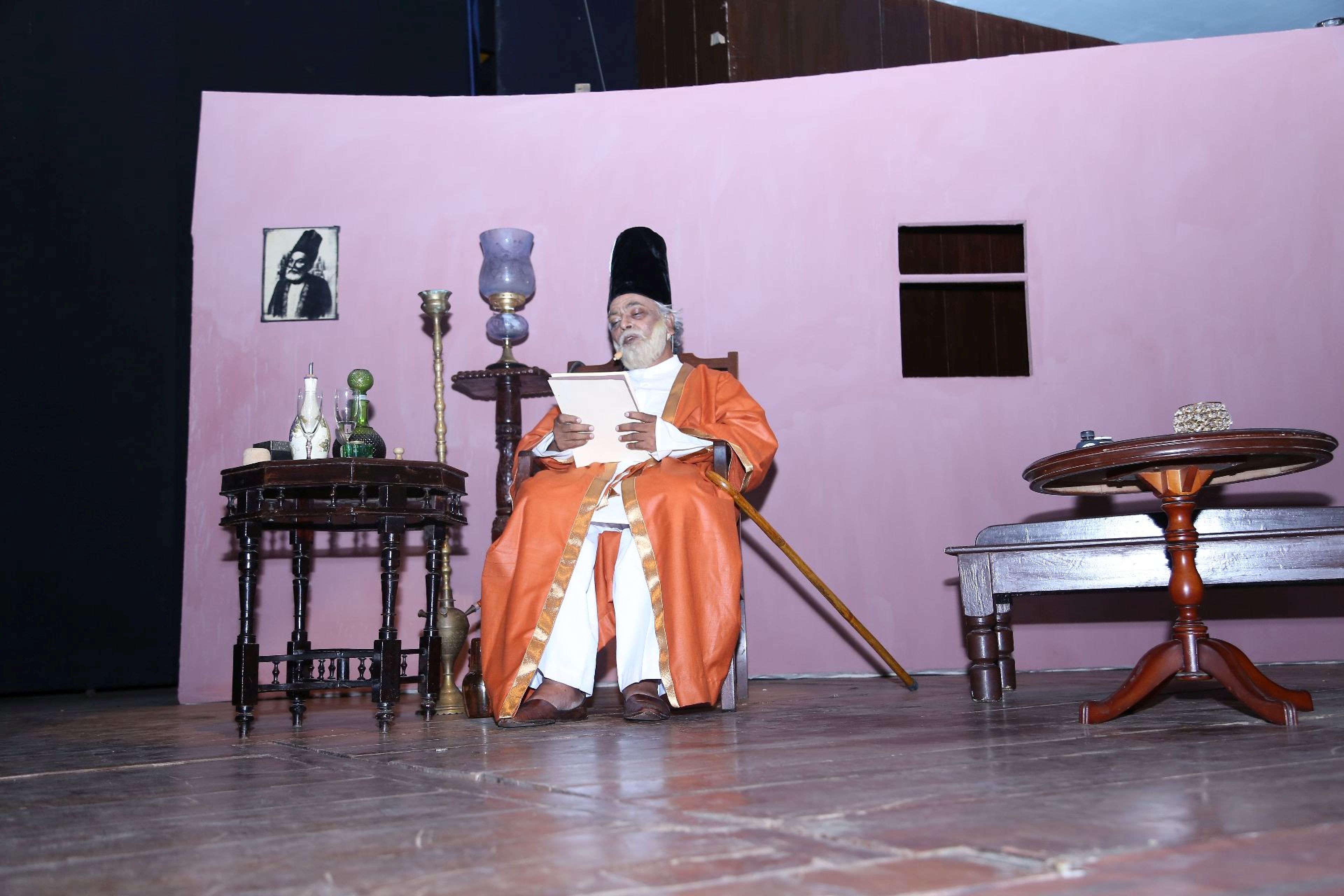 Once he realized that there was no group in Bangalore who was doing Hindustani plays in Bangalore, he started Kathputliyaan theatre group. “I did plays like Zabaan Mili hai magar and Khayaal ki Dastak. I was also directing for other theatre groups but then I shifted my focus completely to ‘Kathputliyaan’. Later on I directed more plays like Tipu Sultan Ke Khwaab, Zikr-e-Ghalib and the latest play I did was “Shaadi Ki Kirkiri”- A translation of Sadiqa Peerbhoy’s book ‘Marry go round’ in hyderabadi urdu (Deccani). Tipu Sultan ke Khwaab, which I had translated in Urdu from Girish Sir’s original in English,” says Mohiuddin. His current show Zikr-e-Ghalib is based on the letters of Mirza Ghalib written to his close friends and relatives in his late years. These letters depict the Delhi of that era, around 150 years ago. “I worked on those letters and conceptualized it to a play, Along with Ghazals and classical Kathak Dance and the poetry of Ghalib. Nandi Mehta choreographed the dance,” says Mohiuddin. Admitting that theatre viewing has taken a beaten due to the online boom as well as dearth of theatrical places he believes that theatre as a platform needs more support and encouragement especially from the Government. Speaking on the challenges of working with Urdu poetry in theatre he admits, “Urdu poetry is very rich poetry which is now slowly diminishing in India. There were few poets but they left for Pakistan. But we had some great poets such as Iqbal, Mir, Ghalib, Jigar, Firaq. In my play I have tried my best to convey Ghalib’s poetry as easily as possible by reading his letters on stage through singing and portraying the poetry and thought of Ghalib by dance in the form of Kathak.” The 85 minutes long play is based on a letter written by Mirza Ghalib before Independence. So get ready for an evening of poetry, music and dance all with a Ghalib twist. 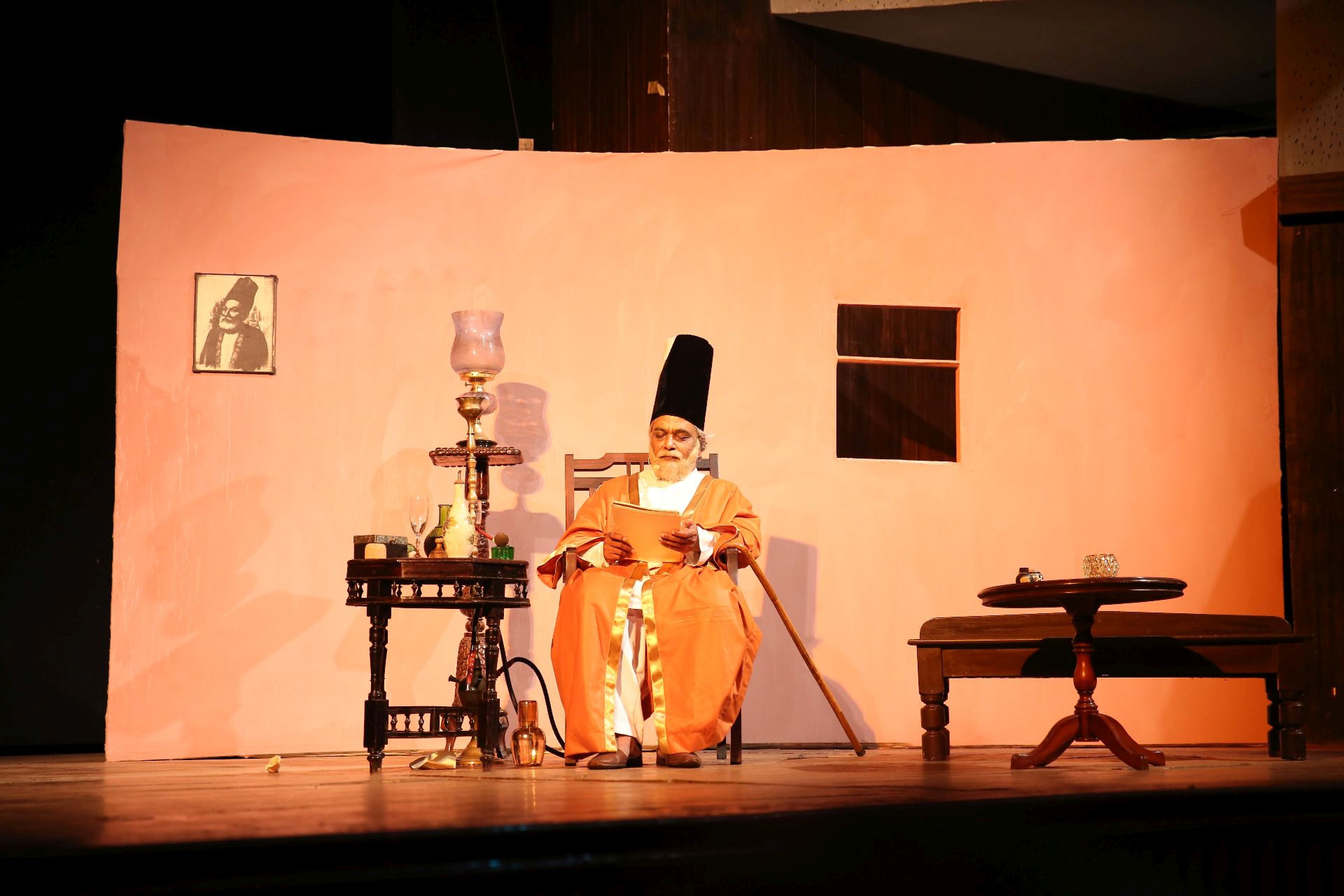