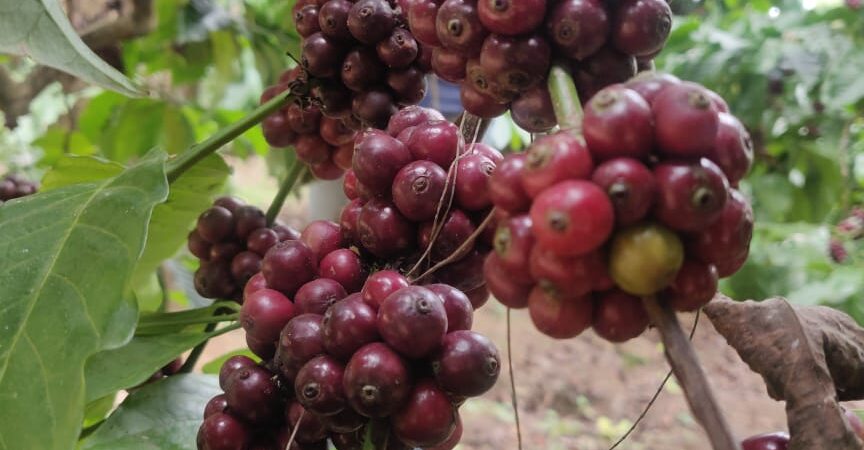 A little gem of a destination that has its own coffee story beyond Coorg and Chikamangalur, Sakleshpur is where you can smell the coffee and have it too.

A little gem of a destination that has its own coffee story beyond Coorg and Chikamangalur, Sakleshpur is where you can smell the coffee and have it too.

An invite from India Tourism, Bangalore office and Dharthi NGO to visit the plantations and homestays at Sakleshpur piqued my interest and I soon found myself aboard a tempo traveler on a cool winter morning headed to the destination. A pit stop for breakfast and a quick introduction to the team, we were on the way to Sakleshpur and the landscape changed quickly to deep green foliage and scenic vistas. Driving through the winding road on a clear day into Sakleshpur, sets the tone for what lies ahead. January is a great time to visit the city when the coffee shrubs have the bright red coffee fruit (often called berries) and blossoms (or the flowers that resemble the jasmine).

Our first stop was at Maradikere Estate a sprawling 150 acres coffee estate that has the Igoor Homestay where we met Santosh who explained, “Igoor estate is the third oldest coffee plantation developed by the British and grow both Arabica and Robusta. Changing weather patterns, increase in temperature and rise of pest attacks has meant we have shifted largely to Robusta.” The British initially cultivated about 700 acres which was spread out and this estate was cultivated by Fredrich Green in 1957.

Pepper and cardamom are also grown on the estate and a walk in the estate is a great way to understand how the shrub grows. Once the fruit is harvested, shrubs are pruned, and new shoots are a sign of good health. The coffee plants grow under the shade of white oak, jackfruit, cedar and champa (sampige) trees. Apart from the coffee estates, take a minute to admire the fantastic local architecture seen in the homes here. From sloping tile roofs to open courtyards, the distinctive style of these homes has many lessons of how tradition is still relevant today.

Stay on a Coffee Plantation

Our next stop was at Kumbarahalli Estate that houses the Swarga Homestay as part of its extensive 650 acre plantation that is taken care by Chirag Shambu and his family along with five staff. The nine rooms here are a slice of heaven (Swarga) and are named after the five elements Chandra, Surya, Prithvi, Jala and Vayu and two rooms are called Arabica and Robusta and two more rooms (the newest) are unnamed. Chirag recalled, “my great grandfather bought the estate from a Britisher in 1938 and this was more a cardamom hub then. After that, change of rainfall patterns saw a shift from cardamom to coffee. We grow both Robusta and Arabica and currently 80 percent of the plantation has been converted into Robusta. This is because labour issues are present and rainfall is an issue. In 2004, the state government of Karnataka started the concept of home stays to help planters sustain. As Malnad coffee planters, we have always had hospitality ingrained in our mindset and soon many planters started homestays.”

This property incidentally is pet friendly and there are four dogs in house as well. The best part is that the backwaters of River Hemavathy and Gorur Dam are behind the property and the natural water bodies in the property ensures you can reconnect with nature. This homestay follows several eco friendly measures like solar energy and recycling of water. And walking around the property is an ode to the diversity of the flora and fauna of the mighty Western Ghats.

Sakleshpur has both plains and hills as part of its topography and has two areas – Hettur (plains) and Hanbal (hills). The concentration of homestays in the Hanbal area is higher as there are some great view points. Our third stop was at Guddada Siri Home Stay where we sampled a traditional Malnad lunch complete with Akki Roti, Kadabu (rice dumplings), bamboo shoot curry and kesinakattu playa (a local green). Activities at the retreat include water splash, mud volley ball, rope cycling, 2-seater boating, single pole basketball, badminton, mini cricket, carrom, trekking to a waterfall an hour and a half away and more. The manmade lakes adjacent to the retreat feed each other and make for a picturesque sight.

Our final stop was at Harley Estate. This estate was controlled by the British between 1865 and 1950 and is spread over 460 acres and grows both Robusta and Arabica apart from cardamom, areca and pepper. This is where we learnt more about the research being done on coffee including some new fermentation blends like the Amrut cask-aged coffee that has strong whiskey notes. Prasanna who made both cold coffee brew and hot brew explained all about the various new techniques that are part of the fourth wave of coffee.

You can stay at Golden Wood Resorts here and even do a coffee trail with Gully Tours. After an insightful conversation about specialty coffee, we headed to Harley Jalapatha, the inhouse waterfall that gushes down in all its glory amidst the verdant greens of the estate. Seeing the beautiful waterfall was perhaps a fitting way to end this trip that was so much about the different aspects of coffee. A journey to Sakleshpur is the best way to experience this for yourself. Try it soon and says cheers to the morning cup that wakes you up every day.

Thank you Mr. Mohamed Farouk, Mr. Shaheed, Ms. Freeda, Mr. Praveen and Mr. Gopal for organizing this insightful trip. All opinions expressed are my own.

4 thoughts on “Smell the Coffee in Sakleshpur”