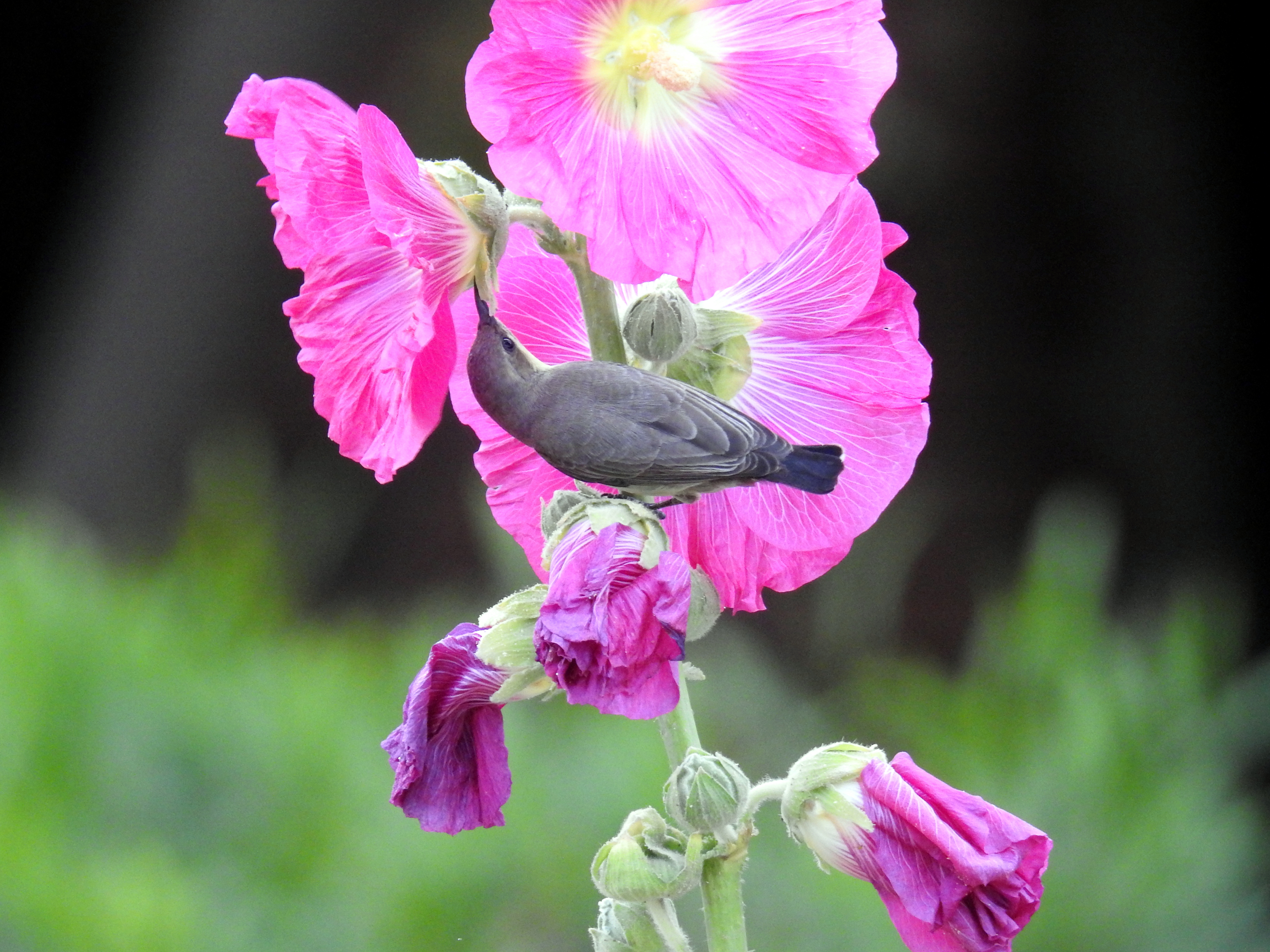 The desert city of Bikaner has layers of history weaved in its fold that makes for interesting destination that never fails to surprise.

“Did you know Bikaner has over 1000 havelis (old decorated homes)?” This was a question that I was posed on a recent trip to Bikaner and that was a question that stumped me for sure. However I was soon to discover that there are many things about Bikaner that I knew very little about and that is what made this trip as fascinating as it was intriguing.

Established by Rao Bikaji he son of Rao Jodhaji the kingdom of Bikaner was founded in 1448 AD. I start my exploration of the desert city at the 16th century Junagarh Fort whose foundation was laid by Maharaja Rai Singhji the sixth ruler of Bikaner in 1589 AD. This fort has been the residence of 20 rulers up until 1902 AD and each ruler has added different parts to the fort. The Karan Mahal, Gaj Mandir and Phul Mahal for instance were built by the 14th ruler Maharaja Gaj Singhji, Anoop Mahal was built by 17th ruler Maharaja Suraj Singhji and the Chhatar Mahal was built by the 20th ruler Maharaja Dungar Singhji. The 10th ruler Maharaja Anoop Singhji has added statues of various Gods and Goddesses from the Deccan during his campaigns with Aurangzeb and has also brought in Sanskrit manuscripts and other valuable books. In 1963, the Junagarh Fort was donated to a Trust by the 23rd ruler Maharaja Dr. Karni Singhji who created the Maharaja Rai Singhji Trust from when the fort was open to the public. The well laid out fort has seen several battles but no enemy has ever been able to conquer the fort in spite of several attacks. The beautiful fort is among one of the most well maintained in the state and has a red sandstone façade that stands out from a distance. The complex has an eclectic mix of palaces constructed in red sandstone and marble and there are numerous open courtyards, ornate lattice windows, intricate carvings, frescoes, wooden ceilings, lacquer work, filigree designs, stone carvings, mirror work and beautiful archways that you can admire in the precincts.

In the Ganga Mahal you can see a restored biplane as well. This happened to be one of the only two models used by the British during World War I that was presented by the British to Maharaja Ganga Singh. When you are here, check out the Prachina Museum on the premises that has a display of traditional textiles, jewels, arms and royal portraits.

For a lesson in history and to admire the beautiful architecture of the famed havelis of Bikaner, it is best to head to the old city. Bikaner incidentally is a walled city and is surrounded by a stone wall and has five gates. Walking through the narrow labyrinth of winding lanes is the best way to admire the ornamental façade of the havelis built using red sandstone. The havelis have Rajput and Mughal style if architecture combined with British colonial detailing. The intricately carved stone jaalis or lattice work, hangings or chajjas and jharokhas or balconies that protrude from the façade make for a compelling sight. These havelis were used as homes by wealthy businessmen in the past and were built between the 17th to the early 20th centuries. Easily one of the most Instagramed place in Bikaner this area is a photographer’s delight. Today while most of them are being preserved you still see stray havelis being razed to the ground. Most of the havelis are locked and cannot be entered but do make time to visit the very beautiful and ornate Bhanwar Nivas when you are here. Incidentally the Rampuria Haveli is a group of havelis belonging to the affluent merchant family of the Rampurias. The Bhanwar Niwas is among the grandest of havelis here and was built in 1927 and is now converted into a hotel. The architecture has both Indian and European influences and its grandiose interiors have several objects of art, old artefacts, portraits and intricate stone carvings. Incidentally the older part of the haveli has the workshop of Usta Work artists. This is a glorious art form of Bikaner that Sunil Rampuria, the owner has been passionately involved for the last 35 years ensuring that the art form is kept alive. The artists comprise the brothers Asghar, Iqbal, Ayyub and Ameen who work continuously creating art pieces and seeing them at work is a fascinating experience.

Being in the north eastern part of Rajasthan in the Thar Desert, Bikaner is also known as camel country and you can see camels everywhere. There are many camel carts that you can routinely spot on the roads as well and the sand dunes here are the perfect place to enjoy camel rides if that is something that appeals to you. However one place that you must absolutely visit is the world’s largest camel research and breeding farms, National Research Centre on Camel. Spread over 2000 acres of semi-arid land on the outskirts of the city, this Government managed institute has a small camel museum as well. Established in 1984, you will need to pay an entry fee here and there is also a place where you can sample products made from camel milk including kulfi (a textured ice cream) and lassi (a curd based drink).

Being a research center (where entry is not allowed) the aim of the place is to undertake basic and applied research for improvement of the camel and function as a national repository of information on camels. The small museum here has numerous exhibits of camel based products, health benefits of camel milk and informative pictures of different kinds of camels. You can even see several hundred camels in the enclosures in the premises.

Bikaner has many monuments including The Royal Cenotaphs at Devikund Sagar which is the cremation ground of the members of the royal family. The earliest cenotaph is of Rao Kalyanmal and the last on is of Maharaja Karni Singh. The earlier cenotaphs have been constructed in Dulmera red stone and marble is used for the later cenotaphs. The best cenotaph belongs to Maharaja Anup Singh and has 16 pillars and carvings showing the life of Lord Krishna, peacock, bird and animal motifs. Locally called Chhattris, the cenotaphs of males are denoted by a vertical memorial slab while the female cenotaphs have foot marks engraved on a slab. When in Bikaner do visit the Ganga Government Museum that displays archaeological finds from the Harappa and early Gupta periods. The museum is spread across various sections and has old paintings, woven carpets, musical instruments, Rajput weaponry clay pottery and ancient coins on display. The Lifestyle gallery also displays the famed blue pottery of Jaipur and other ceramics. The Lithography gallery has a large set of lithographs from 1857 to 1858 the year of apprising that is known as the first war of Independence. The miniature paintings gallery has a fine set of paintings as well as five sculpture galleries display a large number of old sculptures. Another unique place here is the Rajasthan State Archives a favourite with researchers and academicians who come here to research on the ancient administrative records preserved here. Currently, the entire place is getting a facelift and is all set to open as a world class museum. Some of the records here are from the Mughal period and the entire collection has been digitized.

When in Bikaner, a must see is the Karni Mata Temple usually referred to as the rat temple as it is inhabited by numerous rats. Located on the outskirts of the city in Deshnok this temple has a large façade of stone and marble. The main deity here Karni Mata, an incarnation of Goddess Durga is revered by locals and is also the family deity of the royal family. Photography is prohibited within the temple premises and there are a number of shops on the outside that sell a whole lot of prayer items including laddus (a local dessert) as well as dry fruits and threads of different hues which can be taken inside the temple to be blessed. The sanctum is small and the deity has a tiara and is decorated with garlands. There are rats all over the place and these are called Kabbas and they are as revered here. In fact it is common to see people feeding them and while they are harmless, do take care that you do not hurt them or step on them as the rats are believed to be the sons of Karni Mata. Locals believe that if you spot a white rat it is a sign of good luck and you will received the blessings of the goddess.

The Bhandasar Jain temple located at the South West end of the walled city dates back to the 15th century is dedicated to the fifth Jain tirthankar and my guide tells me that legend has it that a whopping 40000 kilograms of ghee was used to construct this temple in place of water. The architecture is beautiful courtesy the leaf paintings, frescos and intricate mirror work. Do look up at the ceiling where you can see the images of several of the tirthankars painted amidst beautiful floral motifs.

One of the best ways to see the bustling local markets that are choc-a-bloc with vehicles is to hire a tonga and navigate through the sights, smells and sounds of the narrow lanes. This is a unique experience, quite like no other and will give you an interesting insight into the local life of the people here. Bikaner is also known for its food and some interesting pit stops include Chunnilal Tanwar’s shop for sherbet. This is a local drink made using the extract of fresh flowers like jasmine, rose, screw pine and sandalwood that is a must try. Also stop for mouthwatering rabdi (condensed milk dessert) at Manka Maharaj and kachori (fried savoury) at Chai Patti. Another local eatery that serves some good local breakfast is Chottu Motu while Sri Ganesh Dhaba serves delectable local fare. Bikaner is well known for its snacks especially Sev (a fried snack made from split chickpea flour) that you can see being made in the local markets. Incidentally the factories of snacks majors Bikaji and Haldiram are based in Bikaner and the city has a rich food culture that is an exploration in itself. Bikaner is a great way to explore the desert city of Rajasthan and must be on your itinerary the next time you are here.

Must See: Pay a visit to the Bikaji factory where you can see how the famed Sev and other snacks are made. Prior permissions are required and my host at Gaj Kesri helped arrange a visit.