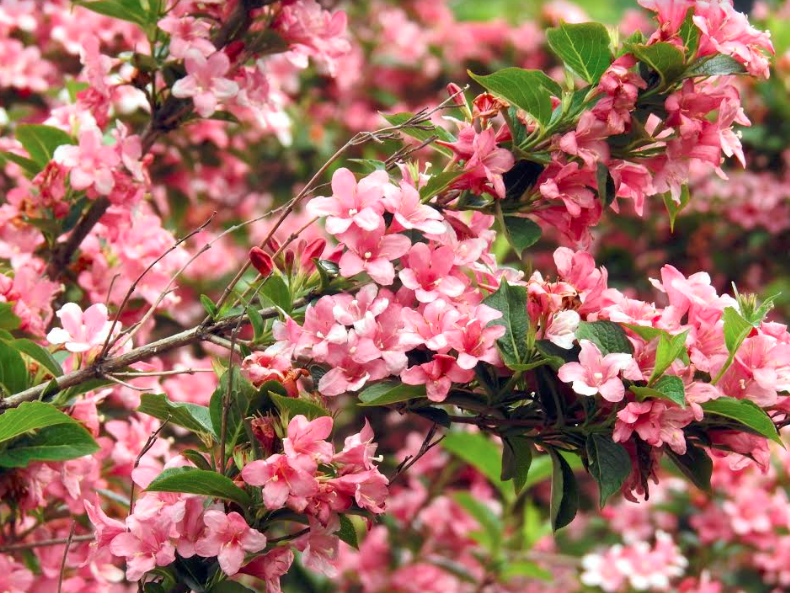 A quaint village in the south if Switzerland, Poschiavo is a mélange of culture and old world charm that makes for a unique Swiss holiday.

Alighting from the Bernina Express on a rather cold evening, the nip in the air was palpable. The first thing that struck me was the stunning view of the snowcapped mountains that surround this little village. Locally known as the ‘borgo’ or town center to distinguish it from the Poschiavo valley, the town is also an architectural delight courtesy its old buildings laid out on cobbled streets.

The best place to start exploring the village is to head to the Piazza Comunale or the main square that has elegant Neo Gothic and Neo Classical buildings dating back to the later part of the 19th century. The La Tor or the old town hall at the north end of the square is an imposing 13th century stone building that was the site of 200 witch trials in the past! The San Vittore Mauro Church on the main square dates back to 703 AD and has an imposing bell tower from 1212. The structure has been built and rebuilt through centuries and the choir and nave here were rebuilt between 1497 and 1503 in late Gothic style. In 1903, the loggia of the Oratorium Sant’ Anna was changed to an ossuary attracting tourists. This building with black wrought iron grills behind which there are rows of skulls which were unearthed when the Church was being restored. Another fine example of early 18th century Baroque architecture is the Santa Maria Assunta Church and the dome is painted with beautiful frescos.

One of the distinguishing elements of this village is The Palazzi a picturesque mid-19th century street of Patrician villas. The original owners of these homes were Protestant immigrant coffeehouse owners and confectioners who made their fortunes all over Europe in the early 19th century. All the homes here have a South orientation and have large windows. Designed by a famed North Italian Architect the homes here have a distinctive Venetian flavour and many have convex windows from which you see what is happening outside but the person outside is unable to see what is happening inside the house. Interestingly, many houses here have painted windows next to real ones as the house owners used to be taxed based on the number of windows they had! The fountains here (still in existence) continue to be a source of fresh water. The gardens here are a highlight with a myriad pop of colourful flowers that make a stunning contrast against the might Alps in the distance.

To understand the cultural ethos of the village a visit to the Palazzo de Bassus-Mengotti a huge mansion originally built in 1655 is a must. The place was converted to a museum in 1985 and houses local art and culture exhibits as well as traditional textiles made with natural fibers. You can also buy traditional and modern textiles in the store here. Also stop by at Casa Tome an ancient farm house that was once home to a family of four women. Apparently after the death of the last person, they had no heirs and the people who entered the house found a treasure of history with old vessels and a slice of living in the past days. Today this is the venue of culinary workshops and the exhibits here focus on traditional cuisine of the valley. My best memory of this charming town is however the gushing water streams that flow everywhere and the snowcapped mountains that surround the place. A picture perfect memory, one that I will always just like Poschiavo itself!

This story first appeared in the Sep 23 issue of The Hans India Newspaper here: 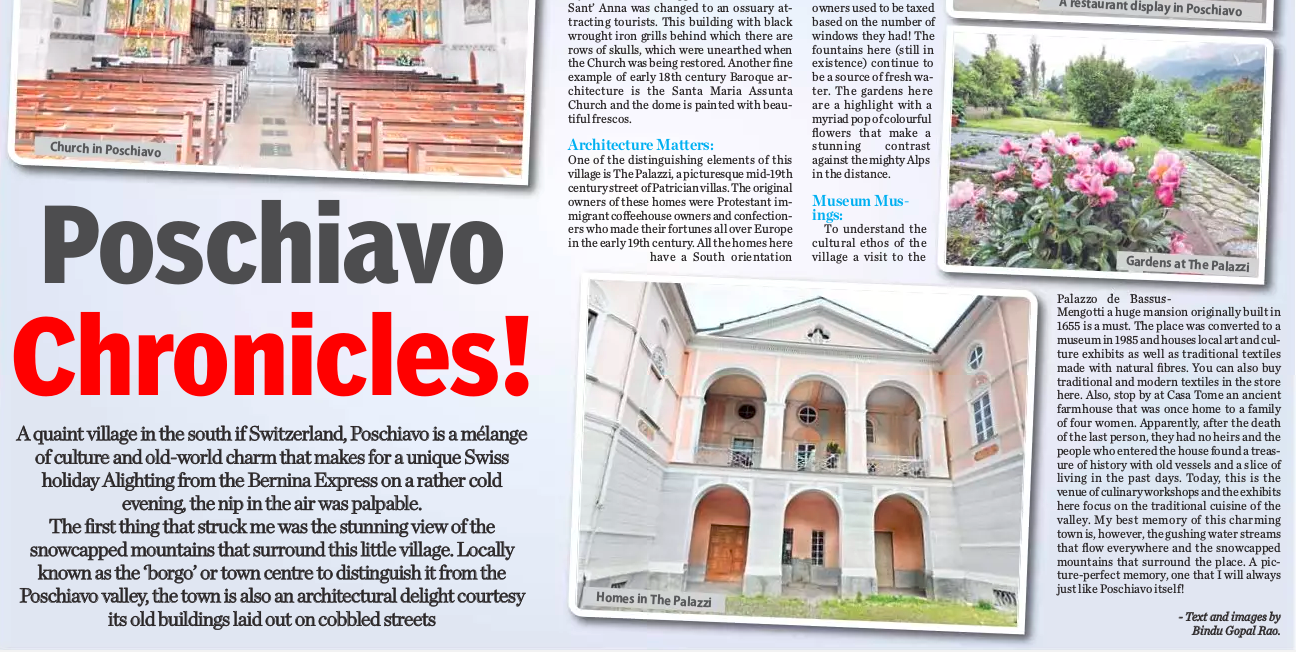