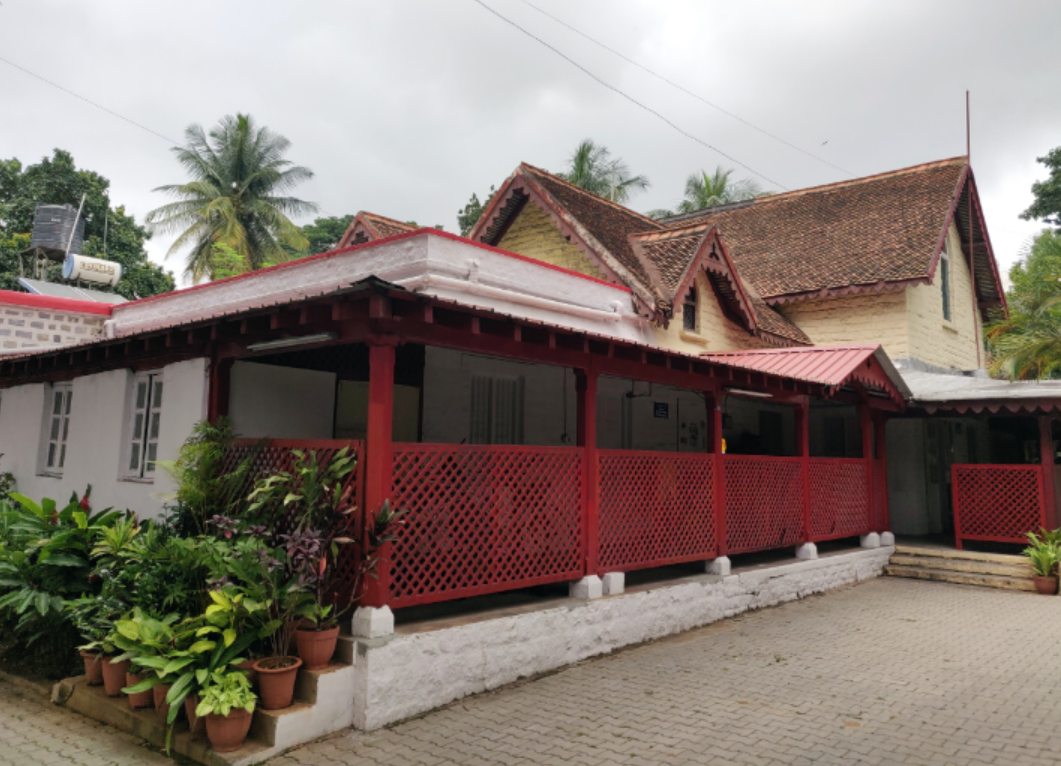 A postal museum in Bengaluru is all things dedicated to the postal services and is a potpourri of everything that helps in making communication possible.

Snail mail maybe the term that today’s generation refers to the postal services but one look at Sandesh Museum of Communication that recently opened doors in Bengaluru’s Museum Road and you will probably want to rethink that. Set in a 2000 plus square feet building that dates back to 1804 on Museum Road the heritage space was once occupied by the British and also housed Madras Bank and was the residence of jail superintendent. Incidentally this was the premises of the Government Museum which is also why the road got its name from.

The museum has six rooms each of which has a name and a display to match. ‘Sandesh’ the first room traces the history of stamps across three themes titled, ‘Birth of the nation’ (1857 to 1947), ‘Indian culture’ and ‘Mysore Anche’ (1701 to 1889).  Anche incidentally means local post in Kannada and incidentally Chikka Devaraja Wodeyar of Mysore state is credited with establishing a modern postal system in Mysore. This room has a display of stamps dedicated to Indian festivals, Indian literature, Hindustani & Carnatic Music, Indian Cinema and the Panchatantra. The second room Samparka has several communication instruments like the Hand Cradle Telephone, AL (Adding and Listing) Machine, Morse Transmitter, Mail Bomb Detector, Petromax Light, Army Postal Uniforms and the Quadrant Scale – that was used to measure the thickness of paper. The third room, Samputa has a display of old order books, bags and sorting cases as well as images of the Floating Post Office on Dal Lake and the world’s highest Post Office at Hikkim at a height of 14567 feet above sea level.

The fourth room Samvahana has the VSAT apparatus that was used in the past for money order transmitting. The fifth room, Sangathi has a display of brass weights, rain coats and different coloured bags used to collect mail. The last room Sangraha has a variety of philately frames and is an activity room for children In this room you will also see a Philascop which is a postage stamp viewer that magnifies the stamp as well as the Signascope a machine that reveals many aspects of the stamp like its watermarks, grills, paper irregularities and more which is used by experts to verify the authenticity of the stamp. In fact there is an interactive station where children can attempt a quiz and win special covers. Step outside this room and you can see large post box models as well as vehicles (cycles and a bike) used by postmen to deliver letters. Do not miss the Caixa Postal box used during Portuguese times that is also displayed here.

Among some of the interesting things here is a book by Paul Fernandes who has several colourful portraits including the post office on Museum Road. In fact the museum has a small book of post cards called ‘Bangalore Swinging in the 70s’ that has his work that you can buy too. Interestingly there are only two living people who have figured on stamps – Mother Teressa and Sachin Tendulkar. The museum also has a paid service where you can give your photo and choose a theme (among the eleven odd ones available) for a stamp with your image as a keepsake too. When you are here do take time to see the special documentary films that are played on all things to do with the postal system of the country. Entry to the museum is free and the museum is open all working days except Sundays and Government holidays. This museum also proposes to keep adding exhibits as time passes and is a must visit when you are in Bengaluru – after all it is a great way to connect with one of the earliest forms of communication.

This story first appeared in The Tribune dated March 22, 2020 here: