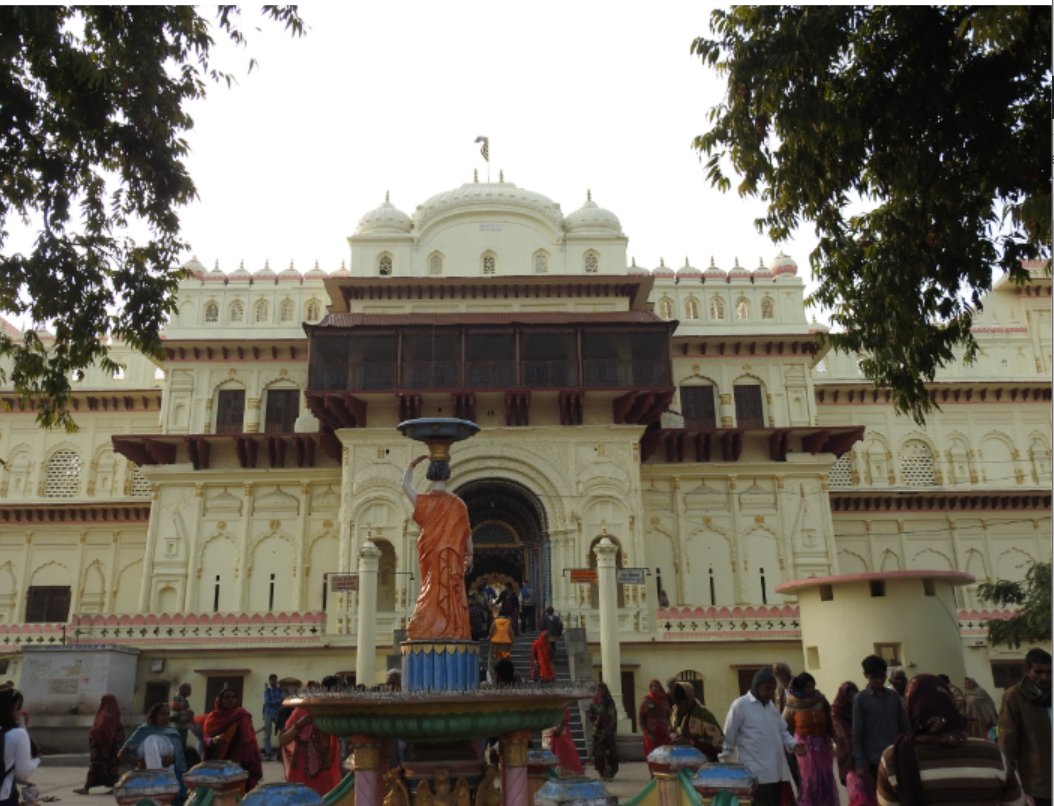 A visit to the spiritual city of Ayodhya is a mélange of culture, food, colour, tradition and of course spirituality.

The narrow lane is abuzz with activity and it is the whiff of besan laddus that permeates through the chaos. People are jostling for space and vendors are busy selling paraphernalia – all of which have a connection with Lord Ram from books to prayer beads to photographs. Well this is in Ayodhya’s busiest street that leads me to Hanuman Garhi, a temple dedicated to the monkey God who is believed to have lived here to protect Ayodhya. The undercurrent of faith here is unmissable as after all Ayodhya is said to be one of the seven sacred cities for Hindus. Naturally it is spirituality that rules here and the labyrinth of lanes house several temples amidst homes where you will see locals go about their lives almost as if they were blissfully unaware of the rush of pilgrims and tourists around them.

Located on the banks of River Sarayu, Ayodhya in Faizabad district is the birthplace of Lord Rama as well as of five of the 24 Tirthankaras of Jainism and has several mythological connections. There is also a Buddhist connection here with several stupas dating back to King Ashoka’s times that are referenced in old texts being present in the city. Naturally there are temples all over and much to see but make sure you start your sojourn at Ram ki Paidi. This place has a series of ghats on the bank of River Sarayu and you will see many people taking a dip here. On the river front is a newly constructed bridge that is a great point to see a mellow sunset. On the other end of the ghats are a series of temples dedicated to Ram and Hanuman and simply walking along the ghats makes for a vibrant and cultural experience. If you are here in the evening, make sure to catch a magnificent sunset that swathes the place with an orange hue that makes for lovely photographs too. With many colourful doors and distinctive architecture this place is for everyone whether spiritually inclined or not. Ayodhya is also home to many Dharamshalas, Ashrams and Akhadas or resting places for sadhus and you will find all kinds of holy men and spiritual seekers on the streets here.

Again, make sure you have a comfortable pair of walking shoes as this place is best seen on foot. If you can brave the crowds, the Hanuman Garhi is a must see. There are 70 plus steps to reach the temple and this place is especially crowded on Tuesdays and Saturdays. The interiors are ornate complete with stucco figures, painted pillars and brackets and the temple has a statue of Anjani, Hanuman’s mother with a child version of Hanuman seated on her lap. Another must see while you are here is the Kanak Bhawan Temple dedicated to Lord Ram and his divine consort Goddess Sita. A short flight of stairs that leads you to a decorated entrance which opens to a massive courtyard with monochrome tiles, this temple is built on the lines of a palace. Our guide mentioned that this temple was gifted to Goddess Sita by Queen Kaikayi, Lord Rama’s stepmother when Sita came to Ayodhya after she married Lord Rama. This temple was built by the royal house of Orchha and Tikamgarh during the late 19th century. The main sanctum area has a high ceiling and arched doorways and has three sets of idols of Lord Rama and Goddess Sita. The idols are adorned with gold ornaments, giving the temple its name as ‘kanak’ means gold. The Ram Janmabhoomi Temple is a major attraction here as it is believed to be the birthplace of Lord Rama and is naturally crowded. However access can be limited here due to the ongoing controversies that surround the area so check in advance with the locals before heading here. A visit to Mani Parvata 65 feet hillock is well known for the fact that some parts of the Sanjivni Booti fell off here while Lord Hanuman was carrying the huge mountain to Lanka. Before leaving Ayodhya, stop at the Tulsi Smarak Bhawan a museum that houses some rare paintings, photographs, antiquities and ivory articles linked to Lord Rama’s life. For me however beyond all its sights it was the fact that the faith of the people and the absolute irrevocable trust in their eyes is something that will remain etched in my memory. And to think I almost did not make it here due to a last minute glitch. However as a colleague commented rightly, the call of Rama is something that will certainly guide you through this place and a visit here is completely memorable.