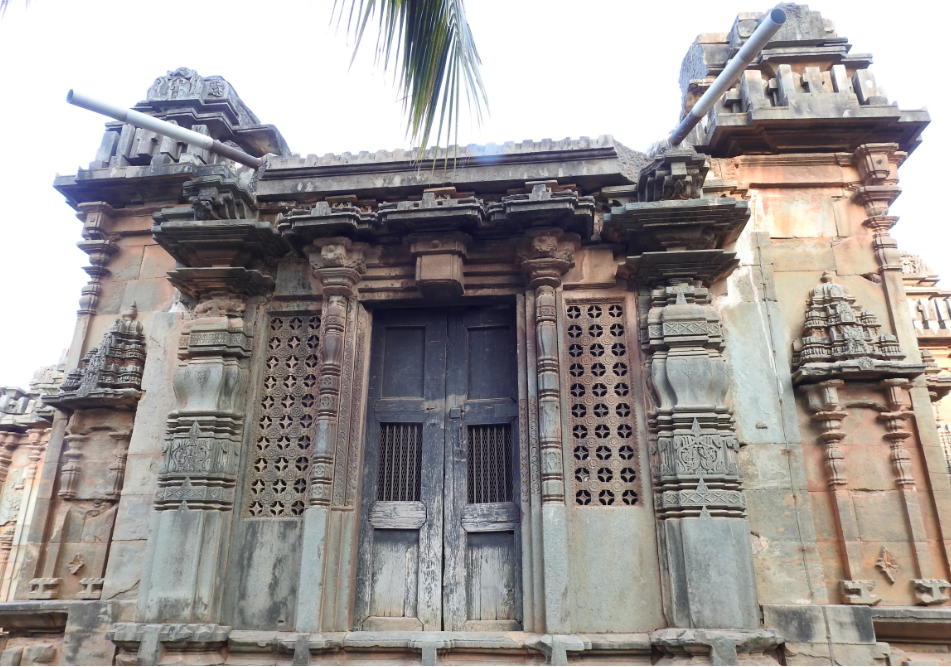 During my recent visit to Hubli, I decided to take the path off the beaten track to explore some of the ancient temples of the city and came away impressed with the grandeur of an ear gone by. The city of Hubli itself is quaint and has a culture of its own. While it is well known for its musical connections (especially Dharwad its twin city), the historical and ancient temples here add a charm of their own. 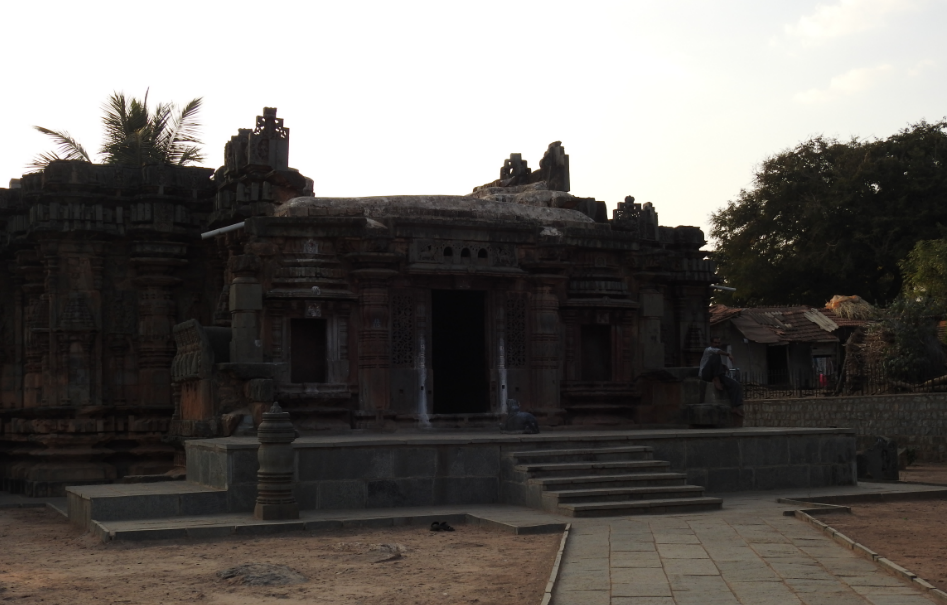 Located close to the Unkal circle and Unkal Lake on the old NH4 between Hubli and Dharwad, the Chandramouleshwara temple is a fine example of Chalukya architecture. Dating back to the 12th century, this temple belongs to the Badami Chalukyan era. Dedicated to Lord Shiva, the uniqueness of this temple lies in the fact that it has four doors in as many directions and two Shivalingas and two Nandi statutes at the entrance. While the inscriptions found in Unkal village point out that this temple probably belongs to the 11-12 century, the Archaeological Survey of India (ASI) has declared this as a protected monument. Modelled along the lines of the temples in Aihole, Badami and Pattadakal, the ancient temple is dedicated to Chandramouleshwara, or Lord Shiva. It houses two Shiva Lingas and one Shiva Linga is enclosed in a shrine which has four entrances in four directions. This is the main shrine of Chandramouleshwara. The other shrine is known as Chaturmukha Lings, the four faced linga and the best part is that pujas are performed everyday in the temple even to date. The temple has pillars built of black granite and the walls and pillars are well decorated with sculptures. The figure of the dancing Ganesha is beautiful and a key element here. The temple walls, pillars and pilasters have detailed etchings and most of them are intact so you can get an insight into the calibre of the craftsmen of those times. 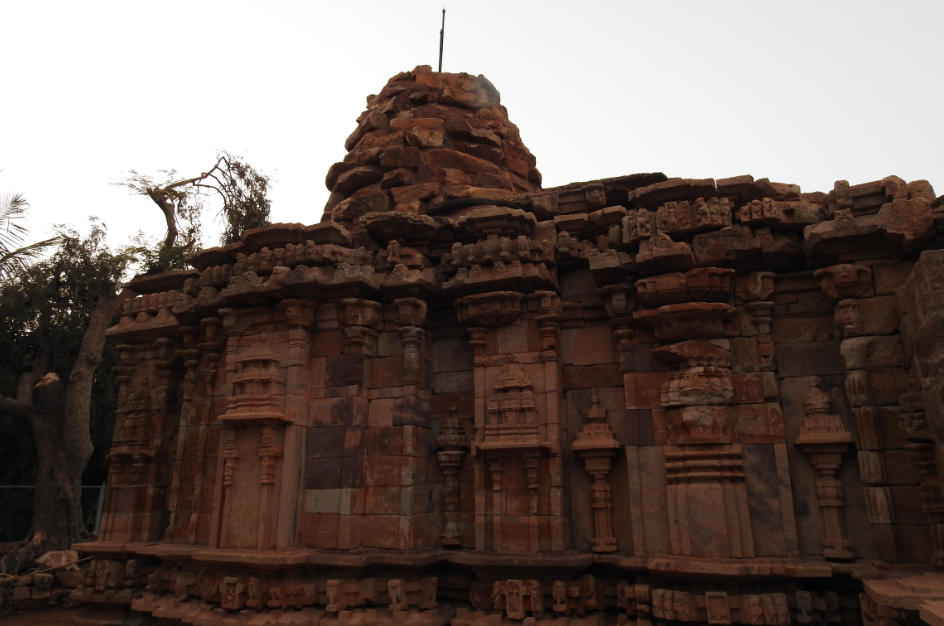 My next stop was at the ancient Banashankari temple. Located in Amargol a busy village off the Hubli-Dharwad Highway, this is a gem of a place. This beautiful Chalukyan temple, dedicated to Goddess Banashankari (a form of Goddess Parvati) and Lord Shiva is to have been constructed way back in the 12th century. The road that leads to this temple is a rustic village road and the elegant exterior catches your attention almost immediately. The four pillars of the Kalyana Mantapa have detailed carving of Gods and Goddesses. Built in the Nagara style, the Temple has a two celled raised platform. While there is some damage seen on the exterior walls, the Archaeological Survey of India is doing some restoration work as well. There are several stone pillars in the temple and if you observe you will see some beautiful carvings of Gods and Goddesses like Narasimha, Vishnu, Brahma, Shiva, Ganapti and Parvati among others. Located near the scenic Unkal lake the temple is close to a jowar processing mill and it is a great idea to get an insight into the food culture of this place. I would highly recommend that you strike a conversation with the friendly village folk and if you are lucky like I was you can actually get a demonstration of how to make the famed jollada roti. So the next time you are in Hubli, take the path less trodden and you will discover some of these historical gems that are sure to take your breath away. 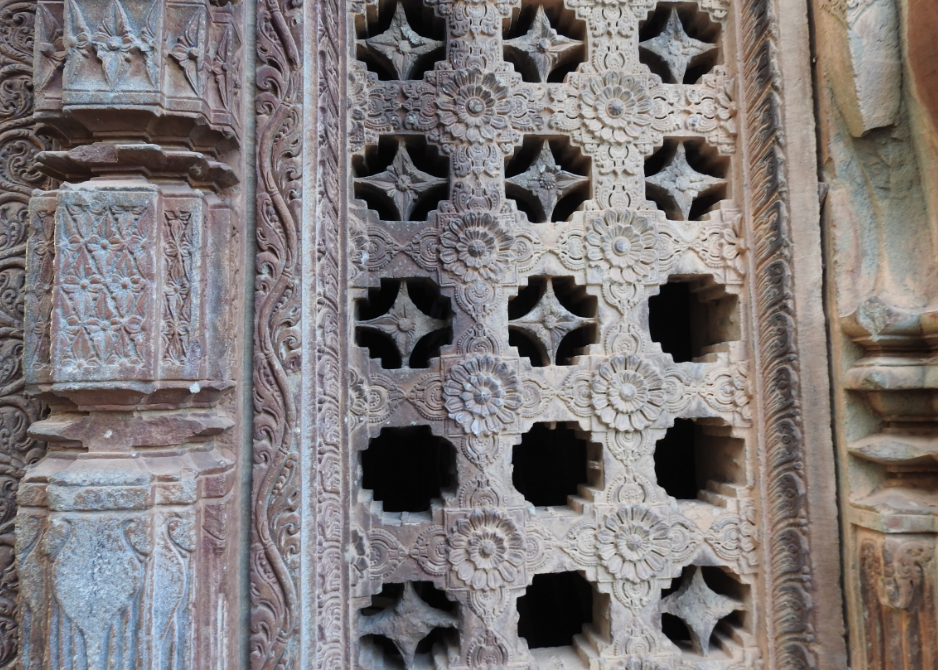 This story appeared in the Jan 17, 2017 issue of Deccan Herald’s Spectrum here.